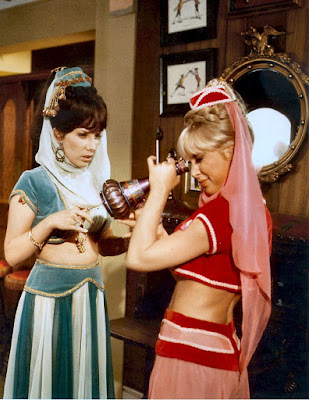 I swear by the magic carpet that it gets bigger out of the bottle...

The New York Times and democrats are on a death watch list, hoping since President Trump executed the leader of Iranian terrorism, in order to set up the Global Islamic Nuclear Caliph, that Donald Trump being blamed for a mistake, in which Americans ended up dead, in order to parade them around on Mockingbird media will make up for their failed coup attempts and Pissgate and Impeachment. 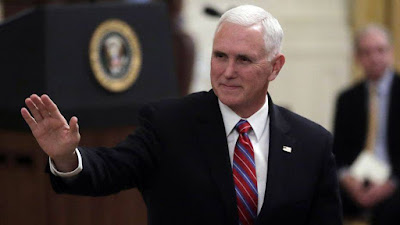 The Lame Cherry though is not going to be sucked into Trump WWE theater nor this cartel sideshow of Trump Derangement Syndrome, as the United States has real problems, now that the President has lanced this boil.

Tehran would be free to produce as much nuclear fuel as it wanted.

But now, instead of buckling to American pressure, Iran declared on Sunday that those restrictions are over — a decade ahead of schedule. Mr. Trump’s gambit has effectively backfired.
Iran’s announcement essentially sounded the death knell of the 2015 nuclear agreement.


I do not compose this in concluding that Donald Trump and his advisers have no clue to any of this. I post this to inform you my children and my brats, that Donald Trump and Benjamin Netanyahu as much as the House of Saud, knew exactly what they were doing in the rampage at the US Embassy in Iraq, and more to the point that General Soliemani was the already chosen target.
Soliemani was running a local terror squad from Lebanon, to Syria, to Iraq, to Yemen, and in order to end Iran's extension of power, Soliemani had to be wiped out, as his replacements are ideological trolls, who keep spewing the secrets of Iran as they vent about the United States.

What the Terror Trolls do though in the Mideast is not the problem for the United States, and the President knows this. The Jews have enough bunkers to survive Hezbollah rockets, and American fire bases can absorb acceptable casualties in conventional rockets. The problem stems back to obliterating the Iranian leadership and activated forces of terrorists to degrade them to the extent that the replacements will conclude, that having their dick inserted into 70 virgins with a Swiss bank account of 100 million dollars is better than being Soliemani pieces where his "corpse" was the ring on his blown off finger.


This blog always offers to promote the success of Americans, and in this success of Donald Trump is upon a policy now of "democrats whining about war" as their 2020 platform, is a reality that the United States is now a Sunni  Orthodox Jew backing nation, against the Germanic Russo Chinese Shia multi billion majority.
I believe that the Iranians have nuclear weapons, and as Soviet Speznat did in the Cold War, have them prepositioned in the United States. It is why Bush and Obama refused to play with Iran and why Obama attempted to bribe them as the Shia Nuclear Caliph at the expense of the Sunni Saud Nuclear Caliph.

This blog has advocated as American policy the poisoning of the Khyber Pass in Afghanistan. It is going to have to be radiation sealed in the coming Great Eurasian War in the next few years, so it should be accomplished now to keep 200 million Chicoms from pouring into the Mideast.
This blog advocated a cover story of "a chemical plant fire". For that matter, it makes little difference if the Pakistani's are bribed and it becomes a radioactive fire which drifts over the Khyber. The area must be made uninhabitable for the Taliban primates, in short exterminating the land of them, as the Bush Kinder and Gentler cost America 6 trillion dollars and made 6 trillion dollars for the cartel. Afghanistan must be secured and the door of the Khyber shut.

This chemical radioactive drift would be cover for dealing with the Persian communists as it is amazing how humanicide a burning nuclear hole in the ground would be.

All nations enjoy pretending they are tough, but none will cross the nuclear line, and will accept a face saving propaganda story of those "Damn Muslims Somehow Poison Not Only Afghanistan But Iran".
Just get it done, and make it a certain point that if these cartel problem children who brought Pissgate and Impeachment, continue on about being in mourning for Soliemani, by exposing that the United States put a poison cloud over turban heads, to stop a Muslim Nuclear Caliph, they will disappears as certain as Admiral Jeremy Bourda and CIA Director William Colby.

The Nuclear Jinn is out of the  bottle. In order to stop the planned destruction of the American economy IR the American Remnant by the dollar ending, and this escalating to a global thermo nuclear war, Iran must be solved with extreme prejudice.
No one would listen to Sam Cohen, who invented the neutron bomb, in he advocated using them on al Qaeda in ending it in 3 miutes. That was 19 years ago and 6 trillion dollars. It is time to fight this as it should be fought and end the Islamocommunists, and that means killing them in mass from their bases in Uruguay targeting Americans to downtown Tehran. Failure to do so, will within the next year bring about Iranian results which I have warned about here, which is what US security was interviewing me about in 2016. For those who remember that time period, they will receive clarification that the federal authorities did not mention the big event. They were interested in the small event. They had intelligence on the big event, but the small one had slipped their Obama walls of separation.
Dick Algire of Rense has been pointing to a big event for the summer of 2016, so he was the source of what I was inquiring about in the matrix. He was not interviewed.
All of this returns to unless this President moves quickly and completely, his best security actions for protecting the world, still has the same structure which produced a 9 11, because that group wanted 6 trillion dollars and Patriot Act to rule from. There is less than a year to neutralize what is out there.

I am not about to inquire about things nor write about them as 999 rich people can not seem to join the one Leper who returned to say thank you to each donate 1000 dollars, as the rich think they can ride this pony for free. I will state though a time line I have glimpsed will produce outstanding success by this President by summer 2020.
That euphoria will not last 6 months as new events arise.

It is why this blog earnestly supports the President and urges swift and total actions. The logical solution to this is raids timed with extreme prejudice into Islamocommunist compounds with no boots on the ground, and a cover story of a drift cloud in the Khyber which miraculously settles over key areas of Iran for a mysterious 5 year cleansing.

The nuclear jinn's bottle has been uncapped. This President has to keep the hands of those from rubbing that bottle so it appears. Create enough chaos, return the Crowned Prince of Iran with an American Praetorian Guard, promise Sebastian Kurz the Europeans can have the oil, develop the mining of Afghanistan, with the United States being paid for expenditures, and Vladimir Putin gets to rebuild Iran, and we can all go on to enjoy the cartel's next Black Swan.

Donald Trump's policy has not backfired. He is neutralizing the Shia Nuclear Caliph. The problem is those who built the SNC have other high profit and all powerful models they will implement through this policy at the great expense of the United States.

On Sunday the Iranian Regime offered an $80 million bounty for anyone who brings in the head of President Donald Trump for killing Qassam Soleimani.
Iran can just use the cash that Barack Obama sent them on wooden pallets in unmarked cargo planes.


This is once again, another Lame Cherry in matter anti matter.