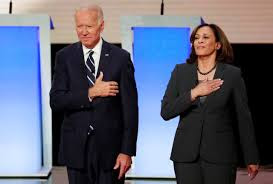 I do not know if this Alex Jones report will stay up.  It is over an hour long, and I can not put files that big on here, but it is important to understand what is going on in Texas, as Texas is now the clearing and shipping hub for Biden invaders.

There are tens of thousands and moving to millions of invaders.

What is bothersome in this NEVER AGAIN, Jewish dogma of World War II Nazism, but Jones was showing dumpsters full of these invader children and the women's purses. All their possessions are being removed like Jews with typhus at the work camps. Children's toys in dumpsters in Texas.
Jones captured 6, 737 Boeing jets, being loaded with 3 buses of invaders and flown out of Texas.

These people are not allowed to have shoelaces by Catholic Charities.

Andrew Lorenzen Strait is running this. Worked for Lutheran charities in the smuggling. It is said this group got 500 million dollars of your money. This is a pipeline of human traffick.

This is not just Mexicans. Alex Jones had a Slav, looking for his parents who came out of Europe illegally. They arrived days before and have not been heard from. THEY HAVE DISAPPEARED. This is Pedo Joe in action. Organized political officers with proven Muslims smuggling Syrians into Europe. The eastern Europeans are flooding into America.

Catholic Charities in McAllen Texas are EXPANDING their facilities. This invasion is just starting and is moving to the millions.

All of thee American Homeless have been kicked out by force in McAllen Texas.  There is not any sign of them now either.

The questions in this are, Where is Governor Abbot and the Texas Rangers stopping this?

Where the hell is that fraud Matthew McConaughey as he preens for political office?

The fact is the smugglers are calling the cops on Alex Jones team.

As an update as I watch on the video, two Romanian brothers, lost their parents and one of the brother's seven year old daughter. The parents called stating they had crossed with a coyote. They have disappeared as has this child. This is Obama Biden smuggling People.
Maybe John Roberts is going to adopt another White girl. Children are being sold to pedophiles, rapists and crime syndicates for rape by the 1%.

In a bizarre episode in this, a Chinese woman appeared recording Jones and his team, for the second time to intimidate them. She could care less about the homeless. A Chinese woman running intimidation for the Vatican's smuggling operation, and then a Mexican sounding man with a badge hounding them, who is really private security.

This entire operation is laundering millions of dollars. This is a United Nations operation to erase Americans. The police are protecting the commodity. Border Patrol delivers, and the cops get called on Americans.

Not one word from Justice Amy Comey Barrett, the woman who just got millions of dollars for a book advance. She said nothing about election theft or her religion smuggling children.
George Soros, your money, and the Catholics are running this operation with the Lutherans. They are doing this because they hate Americans. Those are the "workers" who assaulted Jones team by kicking the door and then started screaming "You are doing this because Trump lost".

There is an Alex Jones protocol, which states that Jones was going to storm a facility, which he has never done or would do. The police in Texas have checked Jones and judged he is legal.

This is going to appear in your states, as these people are commodities and will protected against you.