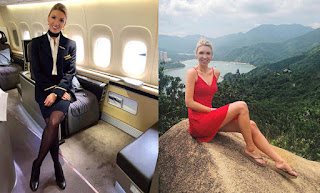 When the Lame Cherry posted what inquiry into the matrix was indicating, I had no idea of thee entire paradigm of what was developing in creating fiberformed humans.

I'm currently listening to Jeff Rense and his guest Eric Kralrstom stating that in the 1950's using mRNA to create a new species of humans with binary weapons. This is all exactly what inquiry has been uncovering.

Dr. Eric. KarlstrommRNA Mass Depopulation Genocide
Has Been Talked About For Decades

Another guest in Cliff Mickelson a Morgollns survivor moved me to begin looking at the Morgellons link in this situation as what is this vax, with it's synthetic prions as a platform for these moving nano tech fibers in test kits and masks that Dr. Fauci keeps pushing on people. The scientific information which I came across simply is stunning. The fact is that Morgellons is Lyne Disease. Both are biological weapons, and they deal with a subject which this blog wrote exclusively of last year in the sprochetes were grafted into these infections, to make them sleeper diseases. What is evident now is Lyme was deliberately released as was Morgellons spread, to study the effects on humans, for that we are about to experience in the vaxers.

Morgellons Expert On the Nano fibers In Face Masks,
Nasal Test Swabs And probably the �Vaccines�

This quote links all of this, but it explains what is the building block of the fiberformers. The vax like Morgellons does not replicate, so to speak on it's own, in normal blood sugars or amino acids like a cancer. Morgellons instead like the vax in these fibers in masks and swabs, builds like a tree with cellulose in the body. Instead the building blocks are collegn based. Morgellons focused on the skin and hair follicles produced the framework of the Vax formers which are produced to replace all human tissue, to make these immortal bodies, with these zombie brains which are controlled.

Morgellons disease (MD) is a complex skin disorder characterized by ulcerating lesions that have protruding or embedded filaments. Many clinicians refer to this condition as delusional parasitosis or delusional infestation and consider the filaments to be introduced textile fibers. In contrast, recent studies indicate that MD is a true somatic illness associated with tickborne infection, that the filaments are keratin and collagen in composition and that they result from proliferation and activation of keratinocytes and fibroblasts in the skin. Previously, spirochetes have been detected in the dermatological specimens from four MD patients, thus providing evidence of an infectious process.

Below are the building blocks of Morgellons. If you remember Coronavirus Wuhan, it infects all organs, the vax kills those organs too and what is killing thee infected. The fibers in the masks and their carrier platform will begin replacing all organs, or the entire human body is the intent, to create this evolved synthetic human form.

FIBROBLASTS: A cell from which connective tissue develops

COLLAGEN: A fibrous scleroprotein in bone and cartilage and tendon and other connective tissue; yields gelatin on boiling

Keratinocytes are the primary type of cell found in the epidermis, the outermost layer of the skin. In humans, they constitute 90% of epidermal skin cells. Basal cells in the basal layer (stratum basale) of the skin are sometimes referred to as basal keratinocytes.

Dr. Len Horowitz has filed a lawsuit claiming that this mRNA is a transhumanist gene therapy. That is exactly what the Lame Cherry was discovering in the matrix upon inquiry. I was coming across information which was first sight and I was attempting to piece it together so it made sense, but as time has lapsed and with the revelations discovered here that Coronavirus is in but a series of biological weapons which were tested on humans to create a final immortal slave form.

What caught TL's and my attention was Jeff Rense with Cliff Mickelson stating that Morgellons made a scab over the lesion sight.  If you recall David John Oates in reverse speech on the Australian Prime Minister who blurted out SCAB in association with this vax. There is a scab somewhere in this, and that condition is known and it is going to start manifesting or the pawns of the elite would not be speaking about it.

The Core of Coronavirus 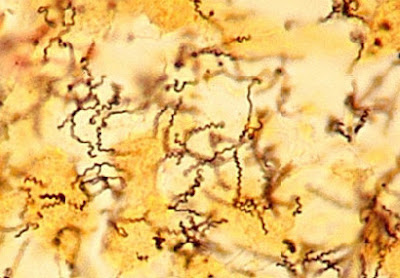 What the Lame Cherry termed as fiberformers, were originally called transhumanists, and they are writing about the Borg type ordered society in Elon Musk's SatNet linked into the 5 and 6G.

Everything this blog has written of in the past months is now being spoken of on Jeff Rense's program of Thursday April 15th. These are the words of Jonas Salk and his poison vaccines who were focusing on all of this in the 1970's.

This is another Lame Cherry exclusive in matter anti matter. I'm stunned at writing this in the pieces all falling into place with proof. There will most likely be more information on this coming, but the reality is you have been on the cutting edge of this while everyone else was blind to what has taken place and is taking place.