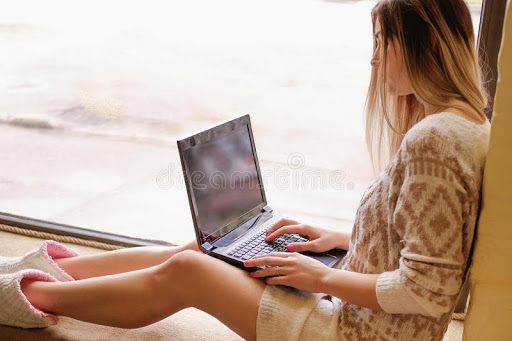 This posting all started out with the Cherry Christian family of Richard and Stephanie and Sandy.

Richard and Stephanie kindly had passed on a wonderful browser based on Chrome called Brave, which we tried out, and it is fast like pouring water, while Firefox is slow like molasses in loading. It has saved huge amounts of bandwidth, blocked thousands of ads and in that, saved time in loading.

It is just wonderful.

Sandy mentioned that she could not find me in the search engines, so I searched and all I came up with was Google. Upon further searches, Startpage, Yandex and Ask all featured Lame Cherry yet, but I had been shadow banned and deliberately banned by Duck Duck Go and I will NEVER use them again.

So I posted on these things and other things like NASA blowing up space rocks and the vax, and we got home Easter Sabbath, I wrote an email, and then went to take a shower, closed the laptop and thought nothing more, until I got back.

The computer was hot. I know what is going on with that as the processor is working, meaning the same people that Sharyl Attkisson was hacked by were in the computer snooping around. The computer gets very hot, and in this, the screen will not wake up. I think the visitors do this, so I hit the power switch and reboot.

Last night, it would not reboot.

So I rebooted again, and got another alert of Windows would not load and it needed to start in diagnostics. It was mandatory as the normal would not eve n highlight. So I did that, waited, and waited, and finally it loaded.

Tried to load that new thing from Microsoft.........NOTHING.

I hit Firefox and they say I need a new browser update.........not doing that chit.

So I go to the browser page they want me to load, and nothing from Yahoo to Excite will load off of that, but I do get other pages to load off that page. Hmmmmm

So I click around, and suddenly even if Yahoo will not load, I start being able to load some weather pages and then Craigslist, Rense, so I'm thinking.........."Well that is novel in some pages will not load, but Duck Duck will.

I inform TL that tomorrow when we have unlimited access, that after checking this computer, I will reinstall Brave.

Yeah, spiders in the wire. I honestly do not know who was fucking with this computer. The thing is if it is the US Government, that is illegal. If it is foreign actors that is illegal and hte US Government should be going after them. It is an absolute though, that something I have posted, got the attention of someone with the talents that Sharyl Attkisson had problems with and they deliberately wanted me herded back into using Firefox and Duck Duck Go, as I was off using Brave which they apparently really detest and am telling people to use Startpage, Yandex or Ask. I used Startpage to do my post in research and pictures and it works even better than Firefox. So again, all is working fine today, all was not working last night, and the only thing that could do this is a wetware, not some AI, dinking around causing problems with the publishing of this blog.

Near as I can ascertain, there is a feature which can be switched off on Brave, which Google would know being NSA, which does not corrupt files, but simply loads the browser, but does not let it appear.

As I have Windows 7 on this laptop, and 7 we are told has no updates, I find it odd that last month my computer and back up were both loading updates on 7, and I still had an update on this one April 1st and the virus updates on the 3rd without my knowing it, So I have odd things going on in this computer for source and I ALWAYS shut my computers down at night, and reboot in the morning, so this stuff is taking place without my permission.

Anyway, that is the joy of this blog. I had hoped that the fun with the spiders had stopped, but last night someone was sending a message again which  was what it was, something which could not happen, and yet it did to a pour orphan girl.

No time to stop though, just have to type through it all.