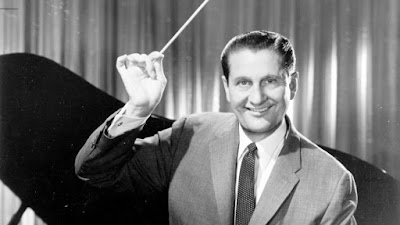 I probably am going to feature a few things on Lawrence Welk of Strassburg North Dakota, which is odd as I detested the man for the torture he put me through. He was a showman of the hokiest type, but my old man and sister just relished his program in reruns and it was horrid.

Those two were both cowards in never having the balls or ovaries to take a chance. One sang on the tractor, the other abused people in Church wailing at the top of her lungs to be herd.

So it will seem odd when we were still going into the Thrift that this book was there about Lawrence Welk and I picked it up. Probably regaining control as now I could put it down and no one was going to make me listen to that B grade entertainment again.
Having nothing to do, and needing a break from typing on the blog all the time, I do read, but I had no books I wanted to try. The reason I started Jimmy Doolittle's book was because nothing else was left to read, same with Lawrence Welk.

As I stated, I'm going to probably have more on him as good examples for life, but something caught my eye in getting into food farming again this year in wheat, in something he related that his dad told him.
Ludvig Welk was a Crimean German. They had left Germany, and not had it good in Russia, so when Ludvig's sister had come to America and was married to a local merchant in North Dakota, Ludvig and his wife came to American without a pot to piss in.

He loved America, as all Germans did. They were the greatest celebrators of the 4th of July. They were all Patriots and Ludvid Welk built his two first homes out of prairie sod, just like Little House on the Prairie. Those homes were warm in winter and cool in summer. An invention no on really understands but without trees or money you built homes out of sod.

Ludvig Welk was a successful farmer with a large family. In an era when farmers only earned 400 dollars a year, he lent Lawrence 400 dollars for four years of labor including music payments for an accordion. He wanted Lawrence to farm as all the Welk men did, but even though Lawrence was musical, he did not want his son out in the sinful world of musicians and losing his Faith.

The secret of Ludvif Welk's success, which was from a man grateful in the last meeting with his son, in having a wonderful wife, wonderful children and having come to wonderful America to be free?

Use only the best seed.

Take care of your land.

When I read that I smiled, because I had been telling TL about ploughing deep, a lesson I learned when I was about 16 in having to spring plough (something no one did as it dried out the soil you had to be careful to work it back down without packing it in) Our crop of oats was 4 feet tall, looked like a forest and produced a huge crop. The neighbor, a Russian, had plants you could see the dirt in the rows and was barely 2 feet tall. The idiot complained to another neighbor in they just could not understand how the Cherry crops were so much better. It was because we went deep and worked the soil,

For the idiots of you who are dismissing the above, this is the life lesson and it does not matter if you are a teacher, working at NASA, working at a fast food place, because the advice above will make a success of anyone.

You have to prepare for what you are doing by being thorough. You plough deep in getting everything ready for when you go about your job. You be prepared and it saves time, as the weeds do not come up, and when hard times come or setbacks, your plants like you can send down roots to get the water you need to get you through the bad time, when everyone else is folding up.

The best seed, is the best equipment you can afford, whether it is books or computers. You get what works. For this blog to make it work in poverty I have a hot spot off the phone and my computers are not 1500 dollar flame throwers. I have well built, functional platforms with most things shut down. Blogging is something that 1000 out of 1000 people find out they can not do. It is as different from newspapers to radio to television. You are just as much a conductor as Lawrence Welk in a band or Ludvig Welk withi his wheat. It is all personal relations and you have to work to get along with people. It is not how much you know or who you know. it is about personality in everything and how you can get along with people.

Take care of your land, same as public relations. You have put things back and not take take take. There was an Irish barker who taught Lawrence Welk an early lesson when Lawrence grew up shy as the DUMMER ESEL, a term for a retard. Lawrence was having pie at a cafe and it was horrid. He complained, everyone heard him and later the barker told Lawrence, "The reason I am overly polite and compliment people, is they remember you in impressions when you meet them. That waitress is going to remember you as a bad experience. You never want that".

This does not mean being a door mat in not standing up for yourself, but the Holy Ghost came to teach me as a teenager, "You be nice to people, especially repairmen and delivery people, because you are going to need them when it is 20 below. If you are nice they will do things for you and you THANK THEM ALWAYS as their jobs are hard. If people are shitty in service, you don't yell or be rude, you just do not get them again. The ones who are late or make mistakes, the words from my mouth with a shrug is "SHIT HAPPENS" and you let it go. You always want to be the person people think of as being honest, trustworthy, dependable and friendly. One bad exchange and 1000 people will hear about you and that reputation will not end in the person who you set straight. You be kind and helpful and that is what people say, in the brier it translates as "They're a good shit".

Ludvig Welk was right. He was moral, proper, minded himself, his family and his business. His son had a hard time of it for years, but he by God's Grace eventually made it as others fell by the wayside in being the big bands of long ago.

You remember that and teach your children and grandchildren those Christian values.