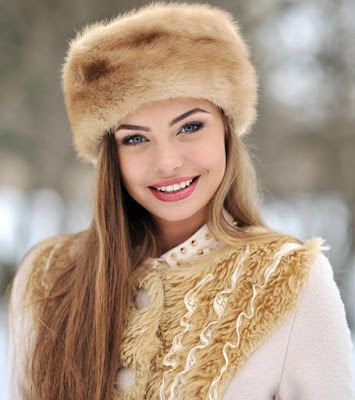 Dah to Americans, Nyet to Amerikans.

Putin Has Enough Of US Communist Thuggery
And Kicks Out Biden-Obama Diplomats, Bans
AG Merrick Garland And FBI's Christopher Wray

It is interesting in the tyrants of thee American police state coming into contact with real power. Robert Mueller foolishly indicted a group of Russians on the fake hacking of the DNC, when everyone knew it was the murdered Seth Rich working at the DNC who copied the files and sent them to Wikileaks.

Now after a wincing week of failures, of Pedo Joe Biden, in again putting more sanctions on Russia, after turning tail and running away with  the Pentagon Navy after President Putin warned the DC cabal off, the Russians have thrown out 10 coup plotting Americans CIA assets, and have added to the list the high profile stooges of thee American deep state............this is who meets with Russian traitors and foments problems for the Russian regime. This is beneficial to outsiders as it at least puts tags on the trolls. like the trolls Biden sent to Taiwan in Senator Dodd and that Richard Armitage who set up Plamegate to impeach Dick Cheney, who appears to be  as toxic as all the rest, as his daughter Liz, has been outed spreading lies about Russia in their having put bounties on Americans in Afghanistan.........all to steal the election from Donald Trump.

“The entrance is closed for John Bolton, the former Assistant to the President of the United States for National Security and Permanent Representative to the UN, and Robert Woolsey, the former Director of the CIA,” Russian officials noted Friday.

Spreading alarm about Russia has been a key focal point of the Biden regime. A conspiracy theory that was heavily touted by Joe Biden, Liz Cheney, and the corporate media which claimed Russian soldiers were putting ‘bounties’ on U.S. soldiers in Afghanistan was debunked earlier this week.

Biden backed down from deploying troops to Russia on Thursday after Putin warned him to stop for America’s “own good.”

For the record, we are at war with Russia and China is at war with the United States. Think of this as the war that was a non war in 1939 while Europe was not fighting World War II. I would look to the Balkans to flare up as Bidencon is busy trying to bring down the Austrian government as the Clintons did in the Trump years. All of this is simmering and the 1% has pushed Russia to the point that Russia has drawn the line and is preparing for war.

What is going to be telling in this, is, Russia often shares terror related information with the United States to stop terror events. This pipeline will now close and the Kremlin will allow events to happen. Russia does not have to be involved in this at all. What is the reality is Bidencon is hunting down Americans. Russia knows this. Russia knows that Bidencon will engage in events to further their further crackdown on Americans in labeling them terrorists and grabbing their guns. The Russian intelligence now views the FBI as a frontline asset for the Kremlin, because the FBI is alienating Americans from the Biden regime and in a coming war, what greater asset could there be for Russia than 100 million armed Americans not fighting for America against the Eurasians, not fighting the American police state, but just sitting home, as Chinese PLA, Russian special forces and the cancer of Biden's invaders slit throats and eat Americans resources alive.

US Policy is the greatest threat to Americans and the world and Russia comprehends this in toto.

Thee American police state is transforming the United States into a feudal regime, erasing Americans and replacing them with foreign vermin. 90% of a war effort is domestic and the 1% fully intends to ruin America, and that means Russia and China too once their purpose is over. In that Moscow comprehends this, and is intelligently using the tools of the 1% as an edge for their policies.

None of this would have ever happened with Richard Nixon, Ronald Reagan, and Henry Kissinger. No more than any of this would have happened if Stephen Cohen had been utilized, but he is now dead from cancer and America has lost the last expert on Russia who was not breeding world war.

I asses this as a Christian projection in what is good for Protestant Christians as I have no stake in any of these global regimes. As this blog warned and alerted all of you years ago, you should never get involved in any violence, you should never make yourself a target of the police state. You pay your taxes and you get your supplies stowed away and you wait, because you were told of the projections that this globalism was too big for anyone to take on, and all that would do was offer more opportunity to crackdown on each of us. The cover for the Christians are the 1% fomenting war with Russia, China and Iran. As these conflicts escalate, those foreign powers will take the focus more and more off of Americans who are being hunted. You are now witnessing the first fruits of this. You can't do jack or shit about Christopher Wray or Merrick Garland, but Vladimir Putin just banned them from a good chunk of Europe and half of Asia.

So in order to settle you down, just think of it this way, You will get arrested for murdered for setting foot inside the US Capitol which is postage stamp small, but you can walk all over Russia with freedom being welcomed...............Christopher Wray and Merrick Garland can not. They will be hunted down just like Americans if they tried.

The police state is not going to disappear, but they are going to have more things for their survival to focus on than persecuting you as this progresses. Biden and the 1% are just starting and this is just starting, so just trust in the Lord, keep the peace and let go of this election theft regime that these others are clinging to. They started this fight with Russia and China for purpose in the 1% and the Russians and the Chinese are going to play Obama Wuhan virus unfair and make things in the ivory towers uncertain.

You just trust in the Lord, and those who are hunting Americans will have others things to focus on, because of their own doing.