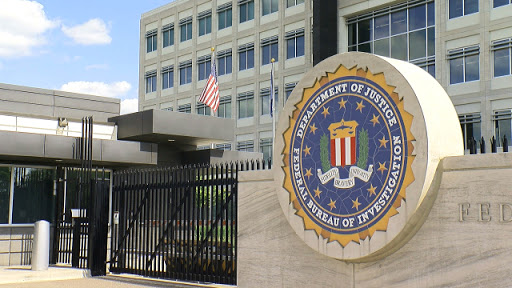 The Lame Cherry rises to praise the FBI office in Minneapolis for shadow terrorizing the good citizens of Minnesota in threatening them with jail, fines and being hunted down by the FBI, as on January 6th framing of Americans, for printing up their own copy of the VAXport when they have not had the injection of the vax.

"You endanger people and may be breaking the law".

How this endangers anyone is not explained as in Minnesota, you have to wear masks to suffocate you, so that makes you legal and not a danger, so how having a piece of paper and still being required to wear a mask endangers others is not logical. But then, may be breaking the law, is not explained either, as there is no statute against printing up a fake vax form, but the FBI has been very creative in terrorizing and torturing Americans after January 6th, with those dangerous crutches, batons, and those conspiracy police tape and military clothes.

Anyway the FBI office in Minnesota posted this tweet, in apparently FBI agents have seen all of their family and friends posting vax cards, which means the FBI is apparently recording and following their wives, children, cousins, parents and friends to see if they are being criminal, as the FBI in your family knows what laws you are may be breaking, to put you behind bars as a vax terrorist, a counterfeiter for probably 50 years to life.

We've all seen friends posting their #COVID19 vaccination cards on social media. If you make or buy a fake one to misrepresent your vaccination status, you endanger other people and may also be breaking the law. Learn more: https://t.co/AAZWyW64fi pic.twitter.com/jVVZbpP0We

I was wondering who the Lame Cherry was praising in terrorizing Minnesotans as they do deserve it, like people from Georgia are doing Jim Crowe things in voting laws with Delta and MLB terrorizing the people of that state, and it turns out Director Wray assigned a counter terrorism expert to go after people in Minnesota.

That makes sense as  that 9 11 guy took training there. Somalians shoot White women in their jammies and that George Floyd was laundering Chicom counterfeit 20 dollar bills, so Minnesota is obviously in need of SWAT FBI on the roofs, sniping at people for jaywalking to keep them in line, as Minnesotans are all crooks.........except for that lovely Omar woman who married her bro, and Keith Ellison who is now the Attorney General, democrats, communists, Muslims and they are just lovely folk.

MINNEAPOLIS, M.N. — The FBI Field Office in Minneapolis has a new special agent in charge.

According to a press release from the Minneapolis Public Affairs Officer, FBI Director Christopher Wray has named Michael F. Paul the new “SAC” after Paul recently served in an acting capacity in Minneapolis. He is set to begin on a permanent basis on October 12, 2020.

Paul, who recently served as a section chief in the Counterterrorism Division at FBI Headquarters in Washington, D.C., started his career out as an Honors intern in 1994. He was later hired as a management and program analyst for the Criminal Justice Information Services Division.

The Lame Cherry's concern though is that the FBI might not get to snipe at jawalkers or throw hundreds of thousands of Minnesotans into Stillwater. Yeah that it the pen in Minnesota. Talk about making your blood run cold in being sent there, but those Minnesotans are heartless bastards, pretending to be all nice, and then they put criminals into places like Stillwater and that name is just meant to terrorize them as they know they will have a better chance with Himmler in 1939 than in Minnesota of getting out of that hole.

Oh my point is this,

Top Immunologist, Bart Classen, Sees MAD COW Prions,
Types 1 And 2 Diabetes And Many Other Disease States
Coming Out Of The Grave 'Peril' Of MRNA Injections

See Pedo Joe Biden made that rule of 100 days masking up, and now is making it perpetual, a corpse has to wear one, babies in the womb have to wear two.......it is just mask mania, but the point is all these feds like the FBI have to get their vax and are at the top of the line, or head of the line and top of the heap.

If all these people are right about the vax, then basically, the United States will be void of 99% of liberals and most of the police state, as these folks are all going at that injection serum  like an acid trip at a Jimmy Hendrix slam jam. That is what I worry about is the liberals will all be dead, like having HIV and skin pealing off, bad hearts, needing anti virals their remaining hours and how are they going to be enforcing these threats and what will America like with.........well most of the federal and state governments will be dead and dying. All the liberals will be dead or dying. How will any of us live each day without someone telling us we broke some law we did not know existed or not having to pay trillions of dollars to have people hunt us down or pass laws like sodomy or pedophilia legalization. What will we do with a country where we police ourselves, keep our money and not being threatened all the time.

I think we could survive, as America was like that just a few years ago under Ronald Reagan. I'm sure there are enough people not taking the vax who will be alive who could tell us how they did it in surviving in having a Government which trusted them and was not threatening them with jail and death all the time.

I'm pleased though to support the Federal Bureau of Injection. It only seems fitting because if this vax stuff goes south, they will only be a memory and we will be left to struggle in policing ourselves the way our grandparents did back in the day.