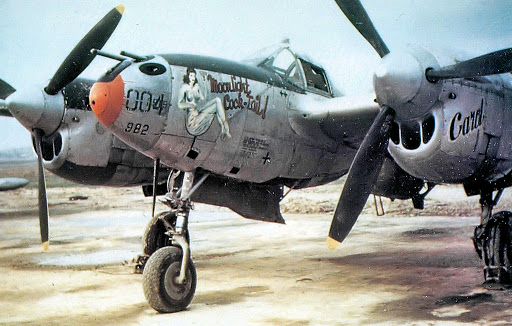 Happy Easter to my children and my brats. It seems Europe has far more brats than America, but then Canada is teaming with them, but what can you expect with Justin Trudeau being a vax scrooge.

Today I'm grilling. The idea was to use Junk Yard Guy's charcoal, which I found in a dog kennel. But when I started putting it into the grill, it crumbled like bad cheese, so I switched to a good bag, but I did use the Kingsford lighter fluid to ignite things, and the good news is if you have lighter fluid sitting out for years in a dog kennel, it still will be good. The dog kennel I need to build a door for, so that is a project coming, and the charcoal might sit in a bucket to see if it will fix itself.

It is dry as a bone here. Supposed to rain. I suppose will be HAARP to sucker the farmers to commit. I checked the soil at the other place today and it was still damp, but I need to plough there and need a tractor for that, still waiting on that issue to be resolved as God is good in He gave us a really cheap one, free delivery and I think they are tinkering on it to make it run better. They sent the buyer's slip yesterday so it is ours, just needs to be on the ground.

Yesterday started out shitty. I was in a bad mood, probably from TL's family wanting us broke up, so that got me up and moving to see if my neighbor Irvin had a grain drill. He said he did no have anything, but then asked what I was looking for.........I told him a grain drill and he said he had one of them.

I figured it would cost as Craiglist had shitty ones for 1200 bucks and new models for 3000, but you try buying things with people being cheap or people being scared about donating, so he said name a price, I said he should and named the price of  50 dollars. I agreed as I knew his dad pretty well, and he was a good man.

So on the way out there was this 4 row John Deere corn planter sitting there. I asked about that, and he said that goes with the drill. 50 dollars for two implements. Pretty God good day. I say that as things do not go good for us most times, and with God going things good, I figure all Armageddon is going to break loose sooner than later and shit is going to hit the fan in heathen America.

It is hard in what little we have to trust God in sticking it into equipment and seed, that it takes God with rain, no storms, no disease, no bugs, no other regime shit to make a crop. We are growing non GMO wheat, took a long to find it, get it here, and then we got a snow storm 10 minutes before it arrived when it is not suppose to get wet. So you see things do not go good often, but then this is going good, so God is moving things which means He is preparing for something and if it involves wheat, then it means that is going to be hard to come by.

So anyway, Irvin the guy had this buzz saw. I asked about it, and he said 25 bucks. His parents used it, so it is now going to be with us by next weekend as we have hauling to do.

You should pay attention as this stuff is going to appear here on the blog to teach you things when shit hits the fan or during the shit hitting the fan.

So, we .........just watching the dope head neighbor kid's kid, motor by here like hell wind on an ATV. Love to have one, but at 12,000 dollars an ATV that is like I need a 100 dollar deal, which brings me to the touchstone event.

So we are walking out and I missed this tractor sitting there. I look at it and recognize it as the old Farmall series which built and fed America, before they went to letters in A, B, C, H, M.

I said I had never seen one up close as another neighbor had one, and dad said you did not need a battery for them as they create their own spark with a magneto. So we walk over, and talk about it, and he said that he thought he had it sold, but the guy never came and picked it up. As we left, I asked how much he wanted for it, and he said 100 bucks.
I just watched a guy on Youtube from New York who got one for 1000 dollars and it was junk. So I naturally said 175 takes it all, and he agreed, so wrote the check out and now on this blog will be featured the above survival items in getting them going.

This was a Farmall F 20. They came in Regular, F 12, F 14, F 20 and F 30. The numbers mean horsepower. The New York guy had a really good tutorial on them in explaining they started on gas, then you could burn tractor fuel, which I have no idea if it was fuel oil or diesel, or alcohol or kerosene. There is not a water pump in them as it is by convection sort of. You crank them by hand, retard the spark so it does not kick back and break your arm in a misfire, and you have to oil the rockers for the valves each time before you use it.

What it has is the belt pulley, which is used to power things like buzz saws, feed grinders, generators and whatever you choose. Irvin said that was the only tractor they have ever had for a loader tractor until he took over. The engine is stuck, but you just take the spark plugs out, put in penetrating oil, jack up the back tire, put it in reverse or high gear and rock the tire until the pistons start to move. If you try to move it by pulling you will bend and break things like the piston rods or the crank shaft. Just better to try it this way, and if not, I will have to take it all apart early and get things working that way. Am just hoping it is nothing major and just changing oil and tuning it up will put it on the go again.

The early tractors, John Deere letter series, but especially the Farmalls were built as a tool for the homestead. They were meant to take the work out of life from chopping wood, to washing clothes. That belt pulley was all they had, because electricity was at most a battery pack, with a generator on a windmill.

As the collectors have driven up prices on all this stuff, it sucks, but compared to a 15000 dollar garden tractor which has just a PTO and hydraulics, which really means jack and shit in the real world, and burn out in an EMP, what God is preparing for us, and we are run out of time, is a way to get things done to keep warm and feed ourselves.

If I was a homesteader or someone making a move, I would purchase when a buy came along, a John Deere A or B. Those John Deere's were odd in you could spin the flywheel by hand to start them. That was the hand crank. For me the Farmall H is supreme. It runs forever on a tank of gas and it has PTO, belt pulley, crank, electric start, 6 volt battery will wing it over and it will pull just about anything you can get in a garden. Also has hydraulics, which is a set back for the John Deere's and F series Farmalls.

This is about Happy Easter, and that is why I'm happy, because God is saying bad things are coming and is providing us how to get through the bad things. That includes getting replacement plugs, points, wires and things just in case they are no longer available. Most of you are too far removed from how to live, you drop 600 to 1200 on a cell phone when you could have gotten some tractor to save your life, but you think food comes from the grocery.

The Viking sent a note about loving the P 38. I do not know anyone who does not love this long range bomber escort. The 51 supplanted it later, but the 38 was a remarkable craft.  I learned more of it in reading Jimmy Doolittle's memoirs as he was involved in all sorts of aircraft, even more than Chuck Yeager who was  mostly in the hot plains. I would have one too, but I doubt my neighbors have any sitting around with their engine's stuck. For now I just have to keep focused and God has to provide, as I'm getting close to the point of being able to plant a crop, and then I have to focus on harvest which I'm not doing by hand. You just can't find old combines anymore because the Goddamn metal scavengers have picked America clean, sold it all to China which will return it in bombs or vials of new plague.

I have to go throw some more apple wood on the grill...........another Junk Yard gift and hopefully will have a good night watching the chariot scene in Ben Hur. Probably have to type something to keep the readers into something to read as they are afraid God will not take care of them with all their gold crosses and stuff, so the are afraid to donate.

Oh I stepped off lands today for ploughing. Was not work, was something I enjoy. I probably will explain that in the future as the blog is heading in that direction  by God's Grace in teaching you geniuses something.