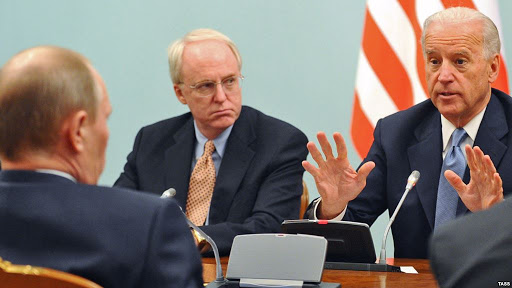 When I came across this by Michael Snyder from the Rense links, I had to blink to make sure I was seeing what you will witness below, in the Russian military is moving massive amounts of personnel into their lands in Crimea and the states in Ukraine which are fighting for their freedom.

The chief deployment is the 56th Airborne. These are the boys who went into Muslim Chechnya and eradicated the problem. This is some of Russia's best and they are now parked in Ukraine and ready for action.

This is the result of Pedo Joe being and ally of the Nazi regime there and Hunter Biden taking piles of cash from the Nazis in Ukraine, which led Ukraine to believe that they can issue this declaration. If you need a translation, it states that Ukraine in March proclaimed it will drive Russia out of Crimea and Russian states in Ukraine.

This is a declaration of war, and Americans are profoundly joined to this, because Joe Biden in the same time slot, began a cyberwar with Russia.

.@CITeam_ru report that Russian military convoys in areas bordering Ukraine have begun masking their license plate numbers: a tactic reminiscent of what we saw in 2014. https://t.co/QAbwCe2HtL

In accordance with Article 107 of the Constitution of Ukraine, I decree:

1. To put into effect the decision of the National Security and Defense Council of Ukraine of March 11, 2021 “On the Strategy of deoccupation and reintegration of the temporarily occupied territory of the Autonomous Republic of Crimea and the city of Sevastopol” (attached).

2. To approve the Strategy of deoccupation and reintegration of the temporarily occupied territory of the Autonomous Republic of Crimea and the city of Sevastopol (attached).

4. This Decree shall enter into force on the day of its publication.

For those who may need a bit of context, this would be like Mexico declaring they are taking back Texas and California by force, and China was poring in troops to support.

In fact, Ukraine just declared war on Russia and the United States with NATO, apparently backed this position, and America is in a non shooting war with Russia, until the Nazi's of Ukraine start firing.

Here are some videos you can enjoy about what has already been moved into Crimea by Russia, as again Joe Biden just had the US Navy pissing in the Russian Black Sea in operations this past week.

Hillary Clinton wanted a war with Russia, and as you can see Pedo Joe Biden has started a war with Russia and the wonderful part is, he is blinking and starting a war with China, the North Koreans are daring Pedo Joe to start a war there, and the Turban Heads of Iran just banned America from American talks dealing with Iran.

For those who don’t know, this isn’t the brigade you want to see on the move.

The 56th Guards Air Assault Brigade is an airborne brigade of the Russian Airborne Troops. The brigade was first formed in 1979 and fought in the Soviet–Afghan War, the 1st & 2nd Chechen War. https://t.co/lAthOpiIvw

Joe Biden is a half wit, brain damaged Irish mic who likes making up stories which never happened. Biden never mouthed off to Vladimir Putin about not having a soul. Biden sat there and took it and now as Biden declared Cyberware, the Russians actually have responded with real troops to smash Ukraine and dare NATO to come and get involved.

It works great for getting rid of liberals, but so you understand this, Ukraine is cocked without the safety off now and has been for weeks. Russia has taken action and  NATO with America has remained silent. Joe Biden blinked on Russia, showing weakness. Joe Biden started the fight and Vladimir Putin means to finish it. Joe Biden will pray that Vladimir Putin has a heart when this does start.