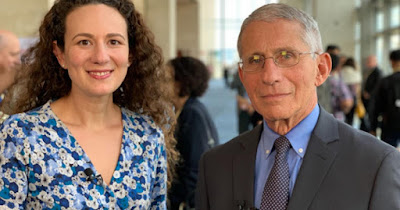 I just came across this from a Rense link, which you should watch if you have unlimited internet. I have more on this in women's health concerns later, but this segment is important for information.

He has on the white board behind him the following:

Have no idea what it is there for, but it appears to be a treatment of sorts to slow it down.

This is raw data, but I put it out there as all of this is being censored.  The mass vax states or metro areas are showing menstruation, miscarriage problems in women, even those who have not had the vax. This means shedders are being created and for the facts in this, this is a perpetual spike protein generator, meaning this is like leprosy. Women of colour and males with death, are mRNA spiking, compared to Caucasians and Asians. Hence the Caucasus Asians who are White, that includes the Shem line and Japheth lines are not manifesting as severe responses, as they produce more Vitamin D and they also do not produce massive antigen responses, as the Hispanic and Negroid groups.

The 1% knew this that Blacks and Hispanics had more robust reactions in the immune systems, and that is what the mRNA and the projection is the ADCovid with the spike protein will have the same affect, blood clots.

The Lame Cherry will project this on women's reproduction. The human body, the uterus in effect, is designed to kill things not of that women. That is the miracle of human semen being a bacteria yeast type, is not killed, but actually accepts these cells for joining to their eggs. A baby, is not of that woman. It has half DNA from her and half from the male. The baby is fed in the placenta and umbilical cord. In reproduction this foreign tissue is accepted and nourished. With the vax, the spike protein is attacking the placental structure which would allow in this foreign entity and it is attacking the baby or this embryo in not allowing it to implant and grow.

In basis, the this vax, spike protein, is viewing the vagina as an opening for a "virus" which is semen or a fertilized egg. This vax is a bioweapon, in it registers a baby as so much more a virus to be killed.

The information on this is going to filter out in trends in the next months. We know women have had miscarriages, but that is near term. Will a year out, just have vaxed women or those exposed to shedding, be able to carry a child, but the child will then become infected with the spike protein and then be recognized as a non threat. Will a male not exposed, produce an embryo that is a threat as registered by this virus, or will the woman's egg which has the spike protein be enough to continue this transhuman?

We are going to find out the hard emotional way.

Keeping this short, but there are Lame Cherry exclusives in this, in matter anti matter, along with the fine work of others.