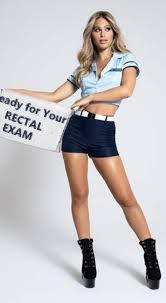 I believe we have discovered why the US postal service is losing money and is slower at delivering mail than a generation ago. It is because they are woke and spying on you, real spying, in invading your privacy.

“Analysts with the United States Postal Inspection Service (USPIS) Internet Covert Operations Program (iCOP) monitored significant activity regarding planned protests occurring internationally and domestically on March 20, 2021,” says the March 16 government bulletin, marked as “law enforcement sensitive” and distributed through the Department of Homeland Security’s fusion centers. “Locations and times have been identified for these protests, which are being distributed online across multiple social media platforms, to include right-wing leaning Parler and Telegram accounts.”

What the hell the Post Office has an entire division of Internet Spying, when that has nothing to do with delivering the mail and the FBI is already trolling online, is more proof of how absolutely out of oversight all of these agencies are.

This is all madness, but we have witnessed this before in the LaVoy Finicum and other ranchers who were murdered by the Bureau of Land Management who has it's own police force too.  This is Congress' fault, just like it is the Judicial and Congress' fault in Presidential executive orders. All of this is police state forces which have no Constitutional authority for being.

[T]here is no authoritative list of government agencies. For example, FOIA.gov [maintained by the Department of Justice] lists 78 independent executive agencies and 174 components of the executive departments as units that comply with the Freedom of Information Act requirements imposed on every federal agency. This appears to be on the conservative end of the range of possible agency definitions. The United States Government Manual lists 96 independent executive units and 220 components of the executive departments. An even more inclusive listing comes from USA.gov, which lists 137 independent executive agencies and 268 units in the Cabinet.

That's right: There is "no authoritative list of government agencies."

In a 2015 Senate Judiciary Committee hearing, Chairman Chuck Grassley (R-IA) noted: “[T]he Federal Register indicates there are over 430 departments, agencies, and sub-agencies in the federal government.”

430, and if you would add the black budgets agencies there are probably 1000 of them and they all probably have their own spy network and platoons of assault weapon armed comrades to LaVoy Finicum you.

I have read that there are over 2 million federal police. I know the CIA, DIA, NSA and whatever else was involved in election theft, and they are all armed.

What will appear next? PBS is surviving you and Big Bird will show up with an assault weapon, a badge and gun you down for making rude comments about Masterpiece Theater?

None of this is going to change, and this will only become worse.