Which Venue will suck America into European War? 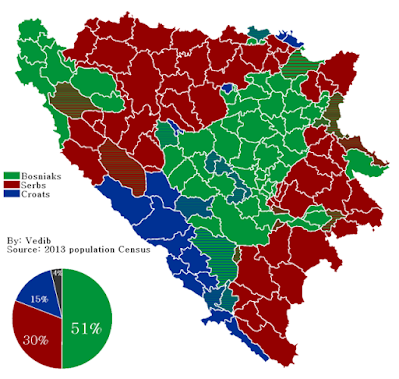 US Sec of State Madelyn Albright once spat at Christian Serbs the slur "Dirty Serbs" in hatred against them. This mindset is held by Pedo Joe Biden and the peoples of the former Yugoslavia, believe they have a sponsor in Joe Biden.

Remember when the elections were being rigged in 2016 that this blog broke the story that Joe Biden was in Serbia cutting a deal, the hackers are Serbians, and Jared Kushner was in Bosnia on faggot Geffen's yacht with Wendi Murdoch.

The reason this matters is Russia backs the Christian Serbians, and the Serbians are against what the Bosnians are up to as this is about power, and once again the Biden folk there BELIEVE they are going to get away with this, which will in BLM, Bosnian Lives Matter will begin using violence to get what they want, as Biden is backing them.

The first world war began over the turmoil in the Balkans, and while everyone is watching Ukraine this is the hot spot which would draw the Russians to strike into Europe to protect their Christian allies.

With the arrival of the new administration in the United States, there is growing talk about the need to restructure Bosnia and Herzegovina. The Bosniak political elite believes that with the arrival of President Biden in power, who strongly supported Bosniaks in the 1990s, they can now move even harder to fulfill their national interests. Recently, the leader of the biggest Bosniak Party of Democratic Action (SDA), Bakir Izetbegović, stated that “a unitary and civic model” was the only one on which Bosnia and Herzegovina could be based as a state, dismissing a demand that it be defined as a complex union made up of three constituent peoples.

The goal of Bosniak`s is to make changes to the constitutional structure that ended the Bosnian war, so the country can “move from ethnocracy to more representative democracy.”

I still have concern for my once friend Nella from this region. She is why I am protective of the Slavic Peoples, but this is a bigger time line from the German Seers. These peoples will engage in war and there is nothing most of these peoples want is for Russia to come in and kick thee Americans out, who have been not honest brokers.

Anyway this is another Lame Cherry exclusive in matter anti matter.