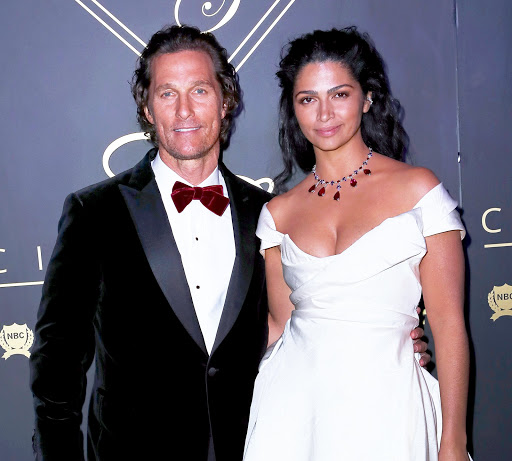 I wed the ethnic Negress Latin Amazon.....vote for me wetbacks

The Lame Cherry has no support for that cripple governor of Texas, as his only good policy is that he is flipping Texas in taking in most of the mask trash and Obama Trump Biden invaders, which is taking the pressure off of other states. States like Nebraska, Iowa and South Dakota would not be issuing no fly in service in settling vermin children if Greg Abbott got off his ass and stopped the invasion in Texas.

I deal with reality though as Bidencon tries to run a coup on Abbott in promoting this Hollywood turd Matthe McConaughey as the next governor of Texas. The fact is McCon is a loser like Jeb Bush. He bills himself as an answer man moderate, but he can not win the Texas GOP primary without Christians and Conservatives. So that means McCon can not run as as Republican.

Matthew McConaughey may be a viable candidate for Texas governor; poll shows actor ahead of Abbott

McConaughey leads Gov. Greg Abbott, 45% to 33%. But his middle-of-the-road appeal may not open an easy path for him to November’s finale, experts warned.

Going to step two, McCon can not run as an Independent or any other of that 3rd tier wasted votes as he can not win as 3rd party.

So that leaves McCon to run as a democrat. Democrats are communists and do not want some middle of the road shit. That is why Biden and Sanders got the nod, as democrats are racists, and enough of Designer Negroes and want to butcher babies and shove cocks up their asses.
Unless McCon says how much he enjoyed running a coat hanger up his wife's twat to abort a dozen of his kids, and says he is getting his cock cut off as a transgender freak, and wants to wipe out the Caucasian race, McCon has no chance in hell of getting the democrat nomination, even with sucking cock off on every democrat in the state.

McCon is billed as an aggressively centrist. That sounds like a FBI terror list extremist to me, but then we really don't know what McCon believes in the center as he blames both the 'extreme right and extreme left" while proclaiming we need liberals.

McCon is flailing around in the tard world of John Cusack rants which portray themselves as great thinkers, but they never invest in explaining exactly what was and is wrong with these "extremists".

Is thinking Jesus is coming back extreme? Is celebrating American history an extreme? Is saying the Tree of Liberty is watered with blood extreme? Were the people who rallied on January 6th extreme? Is the FBI hunting down Americans extreme?

McCon never defines what is the problem in his extremes, the way Ronald Reagan defined a generation, as he as called extreme in espousing Barry Goldwater's extreme views, as John and Bobby Kennedy threw Conservatives and Veterans into insane asylums as a belief which was  Kennedy implemented.

Is that extreme? We simply do not know as McCon has a pattern of spewing things without substance. He has absolutely no explanations to back up his cliche and shallow diatribes.

That is different from 2017 AD when Matthew McConaughey had no problem joining in the coup against Donald Trump with other Hollywood know it alls, like Bruce Campbell who soon discovered that no one wanted to hear their opinions and it hurt their sinking careers.

In that Jorge Bush, is putting in the work from the bottom up to get installed as Governor in five years, and then be President, with all the amnesty invaders that Uncle George is advocating for in the genocide of White and Black Americans.  Everyone thinks they can start at the top, like Reagan or Trump, but they forget that Reagan put in the work learning his political views and then lost, lost, lost until President and Donald Trump was part of a DIA operation installed to criminalize Nationalists, the same "extremists" that this flat brain McCon now thinks are extremists because he heard it somewhere.

McCon does not have it in him to oversee the genocide of America.  He wants to play Jimmy Stewart going to Washington, but that era is passed as Jimmy Steward is now an extremists.

Who was that last turd, The Rock, pretending he was Obama Light? All attention whores who have not what it takes to be a Hubert Humphrey or a Ronald Reagan.

Personally with all the hell that Bidencon is going to unleash for the 1% in the world, the only value I can think for McCon is his best purpose is in an invasion by China or Russia, to stand up and be the thoughtful Judas Goat telling everyone to cooperate as American women and children get mass raped and American men get staked out in the sun.

America is burning. They either want a hot or cold politician. McCon is tepid piss water that American wants no part of in this era. Pisswater only gets installed by election theft and I know that the 1% is not going to be bottling McCon for office as they already have that flavor.