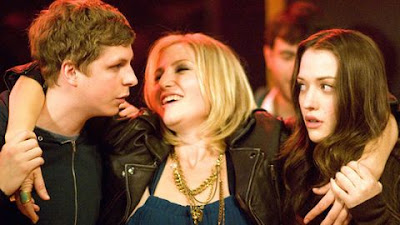 You know at the last party at your house, I stuck your toothbrush up my arse,
but it's ok, I got the Corona vax I didn't know what I was doing as I'm a vax drunk now.

The Lame Cherry is studying and observing those with the vax, and something caught my attention in two male friends we have, in the late 50's age group.

I know these two very well. Both are tight lipped Germanic types, who never let on everything they know, and that is what caused me to pause, as both of them within the past month, have taken the double vax, which means Moderna or Pfizer, and both completed their injections without any serious side effects.

We were discussing things last Saturday with the first subject, and out of the blue, he said his wife was a real bitch to other people when she got pissed at them. You have to know this woman and this couple as he never says anything about her in this type of light. TL thought first that it was due to her having him take the vax, but in a second conversation now I'm re examining what is taking place.

The second example, is a man who rarely discusses his siblings at all. He might make a mention of them in passing about some negative thing, as we are close and have known each other for years. On Monday though, he stood around talking for over an hour, which he has not done for over a year, and he started informing us the trouble he has had with his family, actually information which was 2 years old and 5 years old in some really bad things which had taken place then. They are a very close knit group or were before all the turmoil started, but he was telling us things about the inner workings which he never has done in all the time I have known him.

These are two people I know quite well. The one I know like family. And both after taking the first vax, appear to have something in their brain turned off, like a person who has been drinking will say things they would never say if not intoxicated.

There is absolutely no other manifestation of motor skill problems or memory that I could tell, but it just surprised me in the openness of these two very guarded men, and that has me wondering if this duo vax is almost instantly deteriorating people's brains, in producing an openness in people which would not normally be there, as that part of the brain is shut off.

My thoughts in assessing this is, this would be beneficial as the MKULTRA brainwashing was not failsafe in drugs, sleep deprivation and stress. What if this vax is turning off parts of brains which are the "stops" of people being guarded, and is making them a kind of inebriated mind permanently which would be open to commands and suggestions.

Off of Rense, I listened to the assessment of Dr. Sherri TenPenny, and she is speaking about ALS, Alzheimers and brain atrophy in the frontal lobes. As the single kill shot of Johnson and Johnson is being removed due to bloodclots in the brain, this synthetic prion is a wide array problem, and how far is this Vax Drunk from Mad Cow.

Dr. Sherri Tenpenny - Taking The Kill Shot
Is Like A Bullet Train To Auschwitz

This is an early observation which captured my attention, but as this was the same time frame, and two people I really know quite well and a change appears to have taken place, and they both had the duo vax, this is an alarming situation. It makes me sick to my stomach as these are two people I like, who are Christians of high character, and they have helped me out often. I don't give a shit if every liberal has brains draining out of their ears as they built this bioweapon, but when it is good people and those I care about, who are mentally changed, and neither deserve what will come of this, as no one really knows except those who made this vax and have tested what it would do on real people, over five years ago when this all was beginning to manifest, I do worry about good people.

Honestly as this is a DNA  5G current off the fiberforms, I would offer that people should pray to God in Jesus Name, as a start, as this is a different frequency than this anti God mRNA which is being built and bred.

I will keep the Holy Ghost observation platform open to see what else comes to Inspiration, but this is the Lame Cherry exclusive in matter anti matter.