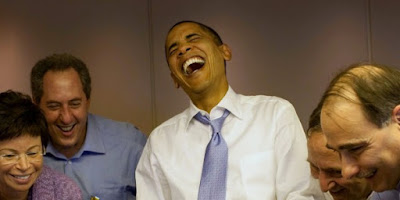 1  Help, Lord, for no one is faithful anymore; those who are loyal have vanished from the human race. 2  Everyone lies to their neighbor; they flatter with their lips but harbor deception in their hearts.

The Lame Cherry does wonder what will come as I post this on October 19th, 2020 AD in the year of the Lord, in what exactly the Holy Ghost is speaking of. I pray God stop this if it is aimed at this poor orphan girl, and God deliver His in this staged upheaval.

Psalm 12 begins with the reality then and the reality now, in everyone is a liar. The great deception which is so pronounced obvious is designed in the United States to make the People not trust anyone or anything. Sending everyone off into a panic over a biological weapon, in which only the L strain which came from eating excrement, saying no masks, and then demands to wear masks, was deliberately meant to confuse people and turn the Mask Zombie into this wetwear on a mission of religious superiority.

Not wearing gloves, taking no other precautions in putting dirty cell phone and hands to the face, the Mask Zombie scowl at others, as they drive down the road with a mask on, infecting themselves with pneumonia bacteria.

The verse the Holy Ghost focused on though was the following in how these propagandists are now so pronounced in their pride of making the sheep bleat, that they think they can rule the world. They can lie in Hillary Clinton emails on Wiener computers, DNC copied files from Seth Rich who was murdered,  to the FBI covering up the pedophile material on Hunter Biden's computer, and they are laws unto themselves as no one will prosecute them.

They plunder the nation, and by it the 95% poor who are enslaved in debt and being pushed out by foreigners in the Native Genocide.

3  May the Lord silence all flattering lips and every boastful tongue- 4  those who say, "By our tongues we will prevail; our own lips will defend us-who is lord over us?" 5  "Because the poor are plundered and the needy groan, I will now arise," says the Lord. "I will protect them from those who malign them." 6  And the words of the Lord are flawless, like silver purified in a crucible, like gold refined seven times. 7  You, Lord, will keep the needy safe and will protect us forever from the wicked, 8  who freely strut about when what is vile is honored by the human race.

I utilize numbers of translations in studying the Word of God to convey it's full meaning. What is SILENCE boastful tongues in the New International Version, is translated in the Message Bible as SLICE THE TONGUES OFF THE FACES AND PULL THE TONGUES FROM THEIR MOUTHS.

Those are Hebrew action verbs which the King James and NIV do not fully convey. This is God silencing in a most ruthless way. The way the Assyrian and Babylonian silenced God's sinful people when they were defeated and exiled.

The 1% are secure in they manage the world no matter what the laws are which criminalize the poor 95%.

It is lost though in the Message Bible what the NIV finishes with in WHAT IS VILE IS HONORED BY THE HUMAN RACE.

3  Slice their lips off their faces! Pull The braggart tongues from their mouths! 4  I'm tired of hearing, "We can talk anyone into anything! Our lips manage the world."

That is Truth, in the very things which condemned nations and empires, butchering children, sexual deviancy, corrupt judicial and law enforcement, with the murder and imprisonment of the Just is every bit the equal of the United States, UK and the Western Europeans. Those evils are called good and the Christian is the one pronounced as evil.

What is unknown in October will be known in November and what is planned and projected out will manifest in the next year. May God silence the wicked in  God's Way, but the locked gates of the demons are open and more are opening all the time, as sinners indulging have a hymn of self destruction which they are declaring as lawlessness upon earth.

What has happened before will happen now. A time of ridden mules and hand forged swords is now spacecraft and robotics but the Cain derangement to be God still infects the human heart to lead the world to destruction again.