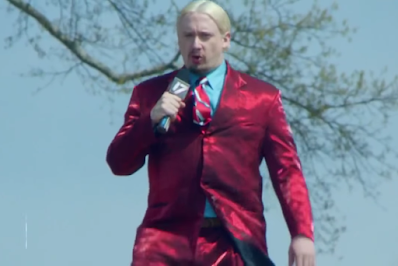 I built it out of cornflakes as I read about it online.

I had no idea of things the FBI knows which is why I suppose I'm not hunting down Americans with have screws loose and not having screws loose.

I was looking on Populist, which is Steve Bannon's website and the click bait link was about why MAGA is not labeled a terrorist front. The story was this one:

FBI says man who claimed to be at Capitol riot wanted to bomb data center near D.C.

Turns out the story is about Americans being praised for being snitches. It was about some Texan, who was arrested for planning to bomb some Amazon building, which is part of that cloud that we pay for, to store all our data.

What is the frown in this, in like Terry Nichols of the OKC bombing, the FBI was providing bomb making materials again......and it only faux materials, then how can you arrest someone for making a bomb out of fake materials? But dude is arrested and it is another rehash of the big story of the danger of Trump voters in DC.

On Thursday, Pendley met with the undercover agent in Fort Worth, Tex., and took from him a number of devices he was told were explosives, and was told how to detonate them, according to an FBI affidavit filed in the case. After placing the inert devices in his car, Pendley was arrested.

OK so the FBI instructed a dude in how to detonate the materials they provide him. Never mind about that, as I looked up this Amazon site, and here is a photo. 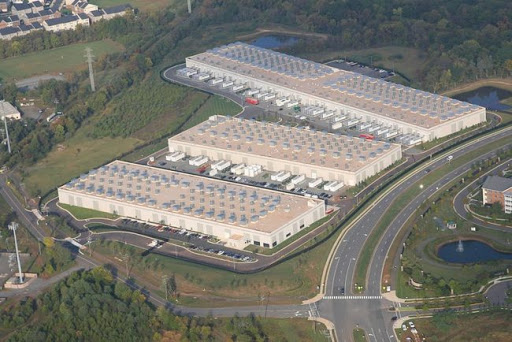 Dude was going to blow this up, and as you can see howitzers would take hours to level this play and it would take a few rounds of 2000 pound jdams from the Air Force to damage this facility, as the intent of the dude was to knock it out, and knock down the internet and the entire web.

Here is a photo inside of these data storage banks. 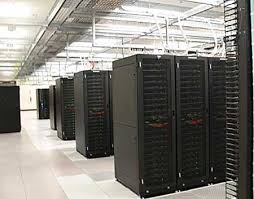 To put it bluntly, the FBI could have given the dude enough C4 to the roof of his car, and it would not have been enough to do the job. Unless of course like Merrick Garland covering up for OKC, that Amazon is storing TOW missiles in the basement and that is what detonated and not McVeigh's truck.

This kind of stuff impresses the CIA's Mockingbird media at the Washington Post as facts are not included, like.......you just can't walk into the Amazon cloud as they have armed security as it is a facility that handles top secret information, or else the Chicoms or Russians would be walking in for a donut and downloading information like Seth Rich did from the DNC servers.

I'm thankful that America has stupid people who have plots. You know like Bill Ayers weathermen who he blew up when they got over the line, because this Texas dude sounds like the guy who would blow himself up as he decided to chase crocodiles in the bayou on his way to DC.

Look I'm all for getting real dangerous people, but it seems America simply has no on dangerous on the right. They get caught in ATF set ups making  ghost guns apparently if you can believe Pedo Joe Biden. Otherwise it is these dudes who are lazy. I mean Andres Brevick, abstained from sex, researched terror, worked out like he was special forces and built his stuff from scratch. It took him months, but not Americans, no they post stuff on military sites, where snitches turn them in, who are probably FBI glow worms spying on people and inspiring them, and then go out and think you buy bombs like Bill Paxton on Miami Vice. Think Wesley Snipes was in that episode.

Anyway maybe this appeals in the Biden era as Merrick Garland pulled this in the Clinton era when the FBI was burning up babies in Waco, but if you give this some thought, this dude is not the big time like John Dillinger or Baby Face Nelson. Hell he ain't even a bin Laden, but then Dr. Zawahiri went woke under Obama and he went snitch. But it seems like this just degrades everything in creating an event with a tard. I think I read that in some story about that Michigan Governor kidnap thing was based on some tard in Ohio, and he was a real tard, IQ like a cantelope. (It is telling me cantelope is not a word, but maybe I mean antelope.) Probably not antelope.

Anyway, I'm not pleased as I will be stuck paying for this tard as it costs 65,000 a year to put tards into prison. 15 years and you got a million dollars, and that is still allot of money Life would be like 5 million dollars for a guy who thinks he can blow up buildings bigger than aircraft carriers with armed guards with firecrackers the FBI give him to haul in his car.

As Pedo Joe Biden likes the Chicoms and the Iranians, we should all go woke. This dude should pay for his crimes, so like the Chinese, let's cut out his kidney for a rich 1 percenter. The Iranians cut off limbs for crimes, so let's cut off this guys trigger finger and then his hand. I know that is redundant, but you have to make it worth the FBI"s while and a finger probably only slices off in a few seconds, a hand probably takes longer unless it is those cool old Hollywood pirate movies.

I don't know where all this satire was going as I was not paying attention, but am sure it made sense or at least as much sense as this FBI operation. I think the FBI should set up a website, www.wesellbombs.gov. That way the glow worms would not have to troll sites, setting up people, and all these tards could just log on and buy fake bombs, and the FBI could help out the postal service in delivering the fake bombs, arrest the customers and help balance the post office b toudget, or they could hire the post office as they got guns too, as everyone in some agency has guns.

So in wrapping this up, MAGA has nothing but idiots in it. They are not terrorists as they are too stupid to make bombs and think you order out for them like pizza. I think this really puts a kabosh on  Biden gun grabs and his terror bill, as you don't need to arrest stupid people. Darwin has a law concerning this and they just naturally die off playing in saber tooth tiger caves or trusting Donald Trump is going to keep his MAGA promises as he imported replacement Americans like Biden.