The Virus that Terminated Prince Phillip 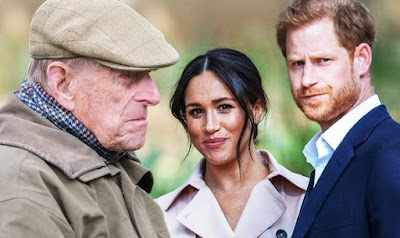 On the Serengeti we Africans pick off the easy ones first.....

It must be especially trying for the British monarchy to have just experienced Regicide in the stress brought on by Meghan Markle being a wokester made the final days of Prince Phillip pure agony and hell. Her display in unsettling the palace, the staff and the monarchs was draining on the old Prince, and finally he succumbed to death by wokeness.

7 hours ago ... Prince Philip, the longest-serving royal consort in British history, who was a constant companion to Queen Elizabeth II, died Friday. He was 99.

The Duc of Sussex must be really examining his actions now, if he is not completely soulless for his role in Regicide of his  Grandfather. We know from David John Oates in reverse speech that Meghan Markle targeted the Queen, to probably off the old woman in stressing her out, as in her reversals she speaks of her quadroon son as a "god" and thinks of herself as replacement to the Queen and Archie will supplant the William line completely, and the only way this would happen is with Regicide.

The Duc is suffering from a psychosis of hatred for his father, Prince Charles, as in reversals he hates and loathes the Prince. Not many boys grow up to marry a royal homicidal maniac, who offs the Prince, and spikes her husband's hatred to join in the dispatch of his family, and succeeding in the murder of Prince Phillip, as if they both held a pillow over his head.

Phillip saw the world plague which he dreamed of. He honestly stated he wanted to return as some disease and wipe out most of humanity. Phillip does not now need to return, as his work has begun under Obama, Fauci, Gates and continues on in Bidencon. Oddly the virus that killed Phillip was Meghan Markle's wokeism.

Well that is one notch that Harry and Meghan can now carve on the bedpost of their 12 million dollar mansion as Harry rides his scooter to work for Silicon Valley promoting more of what Phillip got for all of us.