The End of Mike Pence 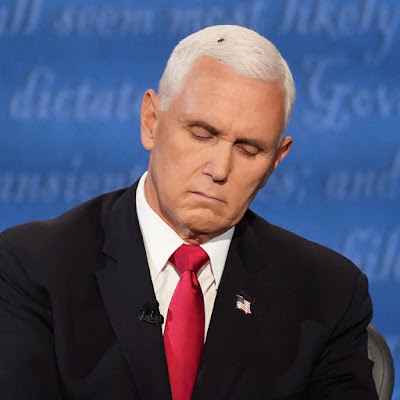 Sorry my heart is so bad that I can't keep up with my gay boy friends any more.

The two ghouls of Nikki Haley and Mike Pence in helping create  the Trump political corpse, have washed up on shore DOA.

Haley, is on the record stating that she will not run if Trump decides to run........that finished her off as a contender that the 1% could rig enough votes to install.

Now the treacherous Mike Pence has information released about him, in he has a weak heart.

That ain't gonna fly. Only democrats vote for dead people as Pedo Joe proves, so Mike Pence is finished politically. This low life should have informed the President his heart was bad, as thee American People deserved to kinow, and Donald Trump could have put Louis Gohmert as Vice President and it is certain that Vice President Gohmert would have done his duty and not allows fraud ballots to install Pedo Joe.

So  that is the good news. The two most detested traitors are already gone, like Liz Warren vanished in 2017 after announcing. I realize with election steals the norm, all of that does not really matter, but at the same time, at least we are not going to be stuck with more Bushism foisted upon us and disappointing us in these frauds.

Good news in the tares are being weeded out early.