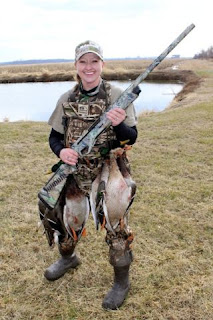 As an update, readers may recall that Sandy alerted me that the Lame Cherry had been wiped from Duck Duck Go after I had championed that search engine, and I noted that Startpage, Yandex and Ask.com, were all featuring this blog yet in this wokester censorship.

I wrote as a member of the press to Duck and asked why I was being wiped. No response.

So tonight, April 12th, I was reviewing the blog's stats, and was quite pleased that I have readers from North America, all across Europe, into Russia, China and Oz. Then I noticed the referrals and Duck was listed, which I thought odd, as all of my links had been scrubbed. So I clicked off the link, and entered lamecherry, and the site popped up again. 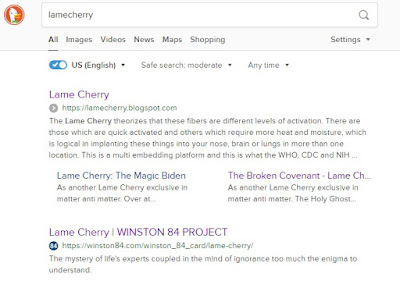 Now sites do not get wiped by accident in this age. So that means that someone at that search engine deliberately entered in a command to censor this blog. As this appears to have been reversed, and done so without a word, there are only a few projections which make sense.

1. The company has an employee who is working for Obamaland and is deliberately wiping Conservative sites, exactly as the Yahoo and Bing platforms have scrubbed this blog.

2. The company discovered this employee has been censoring Conservatives and quietly rectified the situation.

3. The employee, is the one who monitors emails, as that is the logical position to be in to cover their ass, and they fixed it before the management received the email, in order to protect their woke 1% sponsored job.

So someone censored the Lame Cherry at Duck Duck Go and now the listing is back complete without comment.

The question in this is, as Dr. Fauci has a kid working in another venue, James Comey's girl is working in SDNY, maybe some of this censorship is not coming from the management, but trolls they have hired who are working for the CIA and FBI to produce this monopolized narrative.