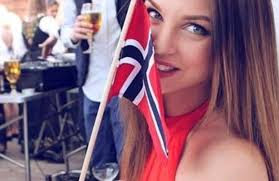 Just when we, the Vax Free, were wondering what to do with the roulette wheel of synthetic prions being shed all over our American world, in wondering how to deal with these woke Vax Lepers, none other than Europe has stepped in and said, "This summer, give us your tired, your traveled, your vaxed as we want American money and don't give a damn if Vax Lepers cause our females to miscarry or our men's testicles to swell up and make them sterile".

This is all wonderful for Americans as with all the vaxers leaving for Europe, there are chances in their devolving zombie brains that they will forget to return. The more the Vax Lepers tarry in Europe, the fewer Americans will be placed in jeopardy, and the fact is, with all the auto immune, synthetic cancers, the overload of the body producing all these prions, that Europe could have 100 million Biden voters, all fiberformed and rotting away, which would take the burden off American health care and in time all these Vax Lepers will be buried in Europe. Yes nothing like rich dead liberals leaving no one to inherit the wealth they looted from the American poor, and Americans winning the lottery in all that money, all those mansions, all those furs, diamonds, sports cars just waiting to be picked up as a spoil.

I just hope that these Vax Lepers have gone stir crazy and exit America in mass as remember, Joe Biden has shut down summer in America, as not enough have taken the Fauci germs, so what is left but freedom enabling Europe.

Granted, Russia will get an upper hand, as the Vax Lepers shedding will make all the women anemic and all the men bruised flesh ,which should make it easy for the Russian army to conquer all of Europe, but then Putin has been handing out his own Sputnik vax, so maybe it will be lots of zombie going to their graves. That does not show much promise for war profits, but the vax is making a fortune for the 1% and I'm sure they will share the wealth as they have been saving up to do just that.

So it all sounds like Heaven to me. Bidencon has been jabbing all the Mexicans, Blacks, Fags and Chinamen in America, and all the liberals and rich have got the vax. It seems America will be jsut one Conservative voting majority of thought in the next election.........but of course democrats will win every seat as no one has fixed the vote fraud in America, but at least when Americans rally this time, they won't be hunted down as the FBI had to wear Biden's mask which were impregnated with Moregllon's cyberfibers and all the FBI got the vax so there will be nothing but empty suits to follow the hunt down orders.

I hope some liberals did not take the vax or at least will not go jetting off to Europe to die in bed and breakfast. I would dearly miss AOC. All of us would gladly care for AOC as she became a Vax Leper and the CIA abandoned her as an agent, as we just adore AOC here. I'm sure there are other liberals, oh yeah Jard Kushern, we would not want him wandering around Europe in a zombie state. I'm trying to think of other liberals, but they do not come to mind right now. And think of this open door Europe in the positives in Harry and Meghan will now be able to jet home with their quadroons, spreading prions all over the other royals and not shedding them on Americans.

Who would have ever thought Europe would stand up and do the right thing, but they are welcoming 100 million Vax Lepers this summer, and I'm sure there are some Europeans I would like to see not succumb to have in swelled up testicles or bleeding ovaries, but I just can not think of one at the moment, well besides Andres Breivik as he will probably rule Norway as the vax wipes out the rest of the liberals AB did not. Odd how Breivik is in prison, but the vax promoters are not in prison. Maybe that is. not yet, as AB will probably throw them all into prison, then again he probably could not do that as who would be left to care for all the Vax Lepers as the American zombie flee Biden America for the liberty of Europe.