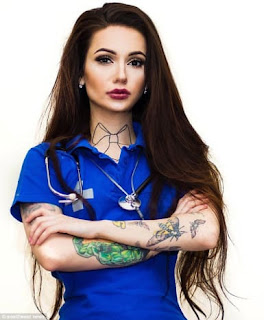 Say Dah for the yogurt with the vax in it comrades

In a trend which will probably save the Russian People, no one but the rats in the cities are getting vaccinated, as just 5% of the population has been injected with the Sputnik vax. What is bothersome in all of these stories in covering them, I do a great deal of research and I know I have read articles which stated that the Astra vax as mRNA, and now it has become Chimp Adenovirus which is out of chimp shit.

The Russians were reported to use the same chimp shit feces vax, and now it is the Human Adenovirus which they are using. So as the story progresses, Russia is having less problems with Sputnik as it is human based. Astra had blood clots, and it is chimp shit based.

The reality is that Russians do not trust their government or vaxes, which is their Darwin saving genius. As this Coronavirus Wuhan as a biological weapon, it does not harm most people and their immune systems recover from it. Yet in America, Americans get their vax even if they recovered, and the worst part is, peopled vaxed are getting sick from Coronavirus.

In projections this synthetic prion is going to make numbers of people sick and kill them in the future. The Russians will spare themselves from this and inherit the earth...........just like those Goddamn Chinamen who started this with Obama and Fauci are not being vaxed. That is the reality in this is a war on Protestant Christians in transhuman mutations. 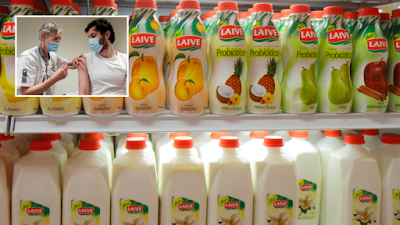 The Russians though are not sitting on their failures as they are developing a yogurt type vax which people can eat.

The Lame Cherry is going to explain again something to you so you can be aware of the Russian danger of drinking the vax.

This vax is  a biological spike protein which has been weaponized in Coronavirus Wuhan. This is vax is a synthetic prion, a most deadly bent thing in nature which eats brains causing Mad Cow. The way prions enter the body are through eating them, as that is the way sheep and deer contract their chronic wasting disease, it comes from contaminated shit, on the grass which the cloven hooves eat.

It gets into the stomach and in the digestive track it spreads to replicate in the lymph, spleen, liver and then crosses the blood brain barrier into the brain to turn the brain into something that looks like a sponge.

As the vax is already showing major problems in bleeding in women, huge testicles in men, and personality changes in the brain. all due to this prion, and the effects are in days to under a month, would it make any sense to create a synthetic prion platform in yogurt or a milk fatty based substance which would provide a more natural platform for these spike proteins to infect not your blood stream for an immune response, but to infect your organs and brain to bring about the same results as Mad Cow?

I would judge this as a disaster and more to the point, as Pfizer's vax has been judged a biological weapon in use, what in the hell are the 1% or terrorists going to do with a platform Russia is creating that could be spread to people unknowingly in ice cream to whatever food products are out there which it could be hidden in? This is a real threat as someone sinister is going to take this technology and start vaxing for genocide or terror the food supply.

How the hell would any Russian know if the regime was vaxing them as it could put it into everything and anything. This will stop the decision process, and the Unites States has an evil history of the Pentagon and CIA exposing populations to horrid things like nuclear radiation to the release of HIV and Lyme for testing the platforms which are now in use with this vax.

The Lame Cherry repeats the scientific data published on prions. 14 months is the life expectancy. As this weaponized synthetic prion is already proving a hazard in the west, and we have no idea what Russian numbers are, the fact remains that Russia is injecting prions, and while they may have no near term effects which are noticed a a few million Russians who are stupid and drunk are not going to be noticed for acting zombie, the fact is that giving a prion and expressway to the brain is not going to turn out well for Russians or anyone else exposed to this perfect terror weapon or 1% genocide platform.