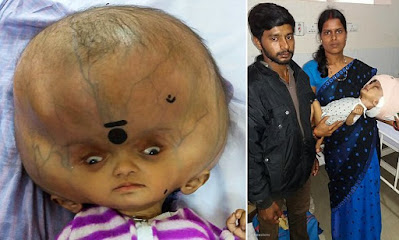 Why do you ask if we took the vax?

This Lame Cherry was the first to write of this synthetic prion and what will be the primary manifestations of synthetic prions, synthetic cancers and auto immune debilitation, unless masses of anti virals will be administered in 'your property or your life", as this is going to bankrupt the insurance system.

Dr. Judy Mikovits had an interesting cause and effect, in these vaccines all of us have been given, in it is the animal base of these vaccines, which is what has been the base cause of most of the modern cancers which have become a profitable plague. What is coming is Blacks and Hispanics will have greater problems in they produce greater quantities of antigens, instead of T cells as Caucasians do, to the long term diseases of this vax. Of course these groups are poorer, so they will have nothing to barter and should in effect die in numbers in the years to come.

Women Complaining Of Severe Menstrual
Disorders Post COVID Injections – Even If
They Did Not Get The Shots - Transmission!

Dr Tenpenny And Dr. Lee Merritt - The Medical
Industry Has Now Been Fully-Weaponized

It as Dr. Bart Classen's work which first alerted me to this prion problem and what became the Lame Cherry synthetic prion and synthetic cancers. Others have now caught up to those exclusives and are concluding the same projections on this information.

I believe it was Dr. Sherri Tenpenney who stated recently she expects problems manifesting in 48 weeks, that is in 11 months, in more severe diseases. That would mean sometime in March of 2022 AD in the year of our Lord, the noticeable beginnings of this will take place. There have been real problems as Dr. Mikovits has stated that people have been having adverse reactions and death from this vax, but it is being called Covid, but she has explained that Covid is a disease from the plague, not a manifestation of the actual infection. So when someone takes the vax, and gets Covid, that is the symptoms of prion infection, and that is what this vax is, a priority replication of the spike protein of the biological weapon, derived from some of the worst and lethal diseases of humanity in sleeper infections like syphilis.

This vax is already producing pathogens. Women in this weaponized vax, appear to be the most well documented group in having severe side effects in their reproductive organs in the spike protein is aborting children and it is changing the uterus, so that embryos can not implant into the walls.

Just remember this, that we have had the genocide shot just a few months, and real problems have appeared. This is the short term. There are going to be numerous other effects of this which we can theorize as Dr. Tennpenney does in projections and there are conditions in this which are going to become syndromes as the survivors will be known as vax victims.

Jeff Rense mentioned someone who made the point. For all of this vax passports in who got the vax, the reality is, the gemstone in this will be the confirmation THAT YOU WERE ONE OF THOSE WHO DID NOT TAKE THE VAX, meaning your are not a shedder, you will not be an insurance company bankrupter in massive long medical bills and you will not be infecting others in bringing this synthetic disease to them.