Where the Vultures Gather 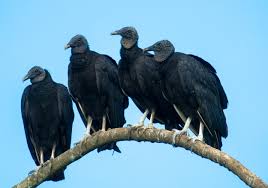 It is interesting in the continued projections on Deagel for US, German and Japanese populations will reach septuaginta quinquecide will be septuaginta quinquemated. If you do not know my pet peeve, and it is relevant as I will be one of the remnant of survivors, as Darwin trolls term everything DECIMATED, for total annihilation, when DECI means in Latin, only ten percent of a population is killed. What Deagel is predicting is that around seventy five percent of the populations of the major civilizing and evolutionary civilizations will disappear in the next few years.

Deagel.Com Releases New 2025 Forecast For The US
And The West - US Population Drops Even Further From
The Shocking 99 Million In 2025 To Just 65 Million People

Deagel has a long habit of resetting it's population genocide quotas, but they are always targeting the competitors to the British Royal family, as China and Russia, always fare wonderfully as slave and technicrat empires.

I only share this to alert my children and my brats to what is trending in the hopes of the 1% for all of you.

This is the DIA and run out of London in their projections. Just remember who was the competition to London in 1914 and 1939. Who was a problem in 1776. The competitors to London are the ones who are the ones going tits up. The world will have to be ruled by immortals at this point, as the nations which are the productive class of high quality goods and societies which advance, are going to disappear by 75% in these projections. It is going to be hard to find people to even create and ship necessary services like fuel.

Put it this way. The Mexican is a low IQ primate. They can do one job and only one job. They can not multi task. The Chinaman is a low IQ primate which thinks the are more intelligent than they are. Chinamen are sinister and devious, that is not intelligent. They cut corners and in this, China can not repopulate with Mexicans these nations. The point of the 1% immortals is to not destroy the infrastructure, but replace, and have these vermin sleeping in your beds.

These facts are things you are going to have to start wrapping your mind around. The world is going to change and you are going to have to prepare and adapt.  Contemplate projections if the vax starts rotting people's brains and bodies. If 1 out of 3 people are invalids, what will your community be like. At one point in American Samarian history when the Assyrians hauled away your parents into exile, 90% of the population was destroyed.

Face the facts that rich people have things they protect, and they protect themselves first, and that means they took the vax in overwhelming numbers. That is a great deal of available wealth as the structures will break down, and Cousin Jamal from 20 cousins back is not going to be showing up to make claims. Cowboy law will become the reality, meaning cowboys died, like crabbed only hunters and their saddle, gun and horse were just picked up by those who found them. No you are not going to be stupid in peering in windows with binos behind closed gates, but you are going to have to start looking at a world where societal barriers will begin eroding and as Jesus said, Where the body is the vultures gather.

Police are being removed for a reason in this Obama Intifada. What will appear to keep the law? Consider that America will have the land space, and the same population of around 1870 AD in the year of our Lord. People were hard to come by in that vast area.

No one knows but God what is going to happen in this next time frame, but you have got to start adjusting so all of this star children, vax rot, not having things the way you expect, overwhelm each of you. You do not want to be like thee American Indian and just rolling up in your blanket and dying after your terrorism against White's did not work and buffalo were replaced with the plough.

This is a process to visualize the world of tomorrow, not set in stone, but set in flux, so you can prepare and adjust, so that when events do happen, you are not shell shocked and overwhelmed like the rest of the bleaters wandering around like Jews in a work camp with the gates open.