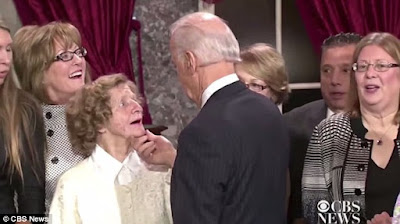 Hey Granny Panites, let get this done as I get a little something before the toe tag
in the stimulus I paid for you.

Most of my children will remember that I was noting last year, that for some reason in the Trump stimulus handouts, I was not receiving what I should be, while rich people, having over 100,000 dollars were.

To be informative, TL is for tax purposes my dependent and has been for several years. So I was wondering why in hell when the Trump checks were coming, why I was not receiving anything as TL is a human and an American, yet I was being cheated out of half of the stimulus.

OK, this matters as so many deadbeats are on this blog, and that now includes the Europeans who are flocking to the Lame Cherry from England, France, Germany, Poland, along with my beloved Slavs from Romania and Bulgaria. I do not bitch about Slavs as most do not have jack or shit, as they are not crime lords, but if crime lord Slavs are not donating, ........hey they print up money for Hunter Biden, so what is the cost of some ink eh?

No I do not want counterfeit money, so not advocating Obama terror money dumps from Lebanon as Obama did that in 2008 to 300 million.

OK so Junk Yard Guy says last week, "The wife (3rd wife as he is a babe magnet) says we got our stimulus". I just frowned as I tend to be on the back tit of any money coming out of the regime.

Anyway today I open the mail, and see the Biden stimulus in the box, and think, "OK it finally came".

I open it, and blink, as this time the IRS has most kindly included TL in the stimulus for the first time. That was nice as TL is human and an American.

So all of Trump 2020, I was cheated. Trump cheated me in lying about my not having to pay taxes in being poor, and only Goldman Sachs got their money for free. No with Joe Biden, I actually get what the foreigner are getting in being treated fair.

I have told you previously in democrats will respond to you, and do things for you. These GOPliters will usually not respond, will not help out and you sure as hell are not gong to get a dime out of them. The reason I never said anything about the stimulus under Trump, was I knew if I started complaining, some one was going to start punching in information, and next thing I was going to be having some problem crop up as someone would punch the wrong key. The extra change would not have ended up costing me more and more grief.

So now you know why people vote for democrats, because when you are poor, you get the money they are talking about, instead of being cheated. No I'm not voting for the sodom party, even if McConnell and Thune are up the ass for it, but I"m just informing all of you what serving only the moneychangers the Republicans are while looking at you with contempt.

I will though thank Biden's IRS and Treasury people for remembering the dregs at the bottom of the barrel, which Trump's found ways to cheat.

All of this means is that come 2022, Republicans are not going to find voters, because Pedo Joe is paying them off. People are not going to listen to election fraud when Biden is paying them for their votes. The GOP fucks people over and keeps doing it. Web Tarpley said the GOP will become a 3rd rate party and it is begun under Biden in he is paying people, and for 30 pieces of silver, voters on the right will become deaf to Steve Bannon's rhetoric and start thinking that democrats are not such bad choices as you get the same pedo, child rape and aborticide votes out of John Roberts, Amy Barrett, Neil Gorsuch and Brett Kavanaugh.

You are being warned you GOP trash.