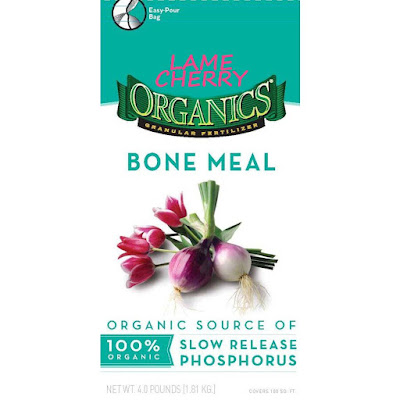 I'm going to pick on South Dakota, as Tucker Carlson for Bush fam, bent Governor Kristi Noem over and made her bark like a dog for being woke for pedo sports. Her presidential and vice presidential future is DOA as she attempts to play ketchup with Iowas and Nebraska in not accepting those little louse invested vermin from the Texas border.

See South Dakota has about 45% liberals after Rounds, Daugaard and Noem flooded the state with vermin and brought in liberals to flip it. You can see that South Dakota has become liberal vax saturated like most states, meaning the liberals who are all afraid of dying, have taken the serum. Now no one else is lining up for the blood clot shot. 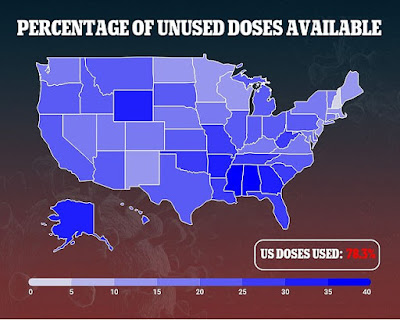 I have a cousin, who is a democrat convert and she was all vax as she is suffering from medical conditions so they all got it. A friend of her's gave her the low down on the vax and the dangers of it. She phoned us up looking for reassurance and I told hr what I have wrote here, that MERCK created an anti viral for this, and they will have treatments available. Dead people do not pay money, so like HIV they will charge the insurance companies a bundle for these perpetual vaxes.

I have made no secret I was hosed down by the keepers with the first rounds of this biological weapon, in the immunity strain.  I was as scared as anyone as TL and I both have pre existing conditions and I usually get sicker than hell. I have had what I estimate as 5 strains of this virus. Am healing now in what I term the most annoying strain. Yet I see people who had this virus, have immunity and they are getting the vax and these vaxes in my observations which are limited are affecting some people's brains.

This post is not about that, but about the reality that if Dr. Tennpenny is correct as the other medical people sound the alarm, then

You can see a pattern emerging in South Dakota and across the United States.   Wherever there are liberals and these Rhino GOP majorities, those are the areas which are spiking in having taken the vax. Small population states, and even large states in the Metro city states, are the areas which are injecting, while the rural areas are refusing in overwhelming numbers. 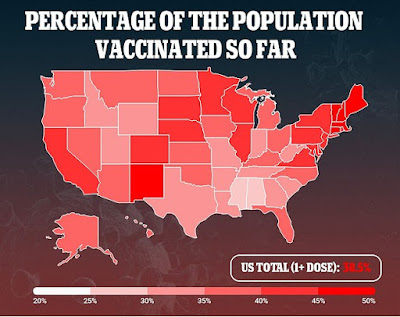 One can break this down in population by counties to ascertain which areas not going to take the vax. The problem is you can see these charts are bogus. If you look at the low vaccination rate of Mississippi and Alabama, that does not match the hesitancy to take the vax. It is propaganda that these two Southern States are not capable of distributing the vaccine. in why people are not taking it. When the charts do not match reality, the the charts are not reflecting the true numbers.

Minnesota for example is shooting up, and yet the charts say they have major unused supplies of the vax. What it all renders down to is three groups are taking the vax.

The elderly who are being force vaxed. 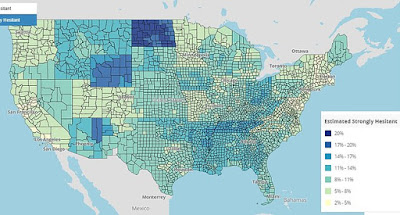 If over 120 million Americans have been vaxed, and I do doubt this is Americans as Conservatives are not taking it, Blacks are phobic to it, Indians on the reservation are not taking this fire water, then a concentrated group has been taking it. That means that elderly who were force vaxed and liberals will be the recipients of Fauci's kill shot.

The numbers indicate that around 40% of Americans have taken the kill shot. Numbers like that have me wondering if I may be moving to California in 2024, as I like warm weather, like open spaces, and what would be nicer than California like the good old days of 1849 AD in the year of our Lord, when the Caucasian Christian American founded the Golden State. I see great possibilities in this in all the liberals will be dead, let's face it the government workers from the police state to other entities will all be dead too, and with only Patriots in the military who did not take the vax, there will not be a police state to hunt you down, the military will all be right wing, and you know rich people jabbed themselves with this, along with all their nasty Hunter Biden children, so all those mansions and Bill Gates properties will be first come first serve........hell I would suspect that inheritance will come down to the 23rd cousin of billionaires, and I probably like most of you will qualify for that cash too.

That is what this looks like with the kill shot and it seems all positive to me. I can not figure out why the 1% decided to leftmate all the liberals, but one does not bite the hand that feeds you.

As I do not live close to any billionaires, I suppose for girls like me, I will have to resort to the old bone hunters vocation when the buffalo were all dead. Bone pickers scoured the plains and picked up bones and sold them for fertilizer plants in Chicago for bone meal. I reckon I could make a good living in getting some Senior Citizen's bus as they will all be dead or some mass transit out of the metro as they will all be dead, and I could put a scooper on the front, cut the top of the bus off (Junk Yard Guy has one like that) and I could put a hoist in a false bottom in the back of the bus, and just drive along about 40 mph scooping up dead skeletons of humans, haul them to the railroad station, get it weighed in and collect my check. I figure I have to keep it under 40 mph as I would think skeletons would bounce and fly around at high speeds, and you can't be wasting money as every bone counts.

I just looked it up, in a 50 pound bag of bonemeal is 35 dollars. I figure Chicago would pay about 10 bucks per 35 pounds. I just looked up that a human skeleton on average weighs about 10 kilos or 22 pounds. At 122 million vaxed dead, that is 77 million dollars, of 22 million net,  but that would not be all profit as fuel costs and lunch of course, so if I could haul in 200 skeletons a day, I think that would gross me about 440 dollars a day which is a really good wage, better than writing the blog for brats.

That would be 13,200 a month and in a year I would gross over 150,000.  I bet with all the rich people dead and liberals dead, that even with money land will deflate as people with money don't want to work and just spend, so I could probably pick up land at 1960's prices of 200 dollars an acre. I could get a section of land picking bones for year, and I doubt I would have to buy things as all that dead people stuff laying around, people will just help themselves, so there is real potential in this kind of reset.

I wonder if the Paperclip Nazis are behind this as they hate Marxists as everyone does, and American Protestants tend to be Saxons, and that is like Germans so who would be complaining in Hitler's people that democrat Harry Truman brought into America to beat Japan and put us into space, implementing a solution for America where everyone gets what they want. Liberals wanted the vax and got it and Trump voters wanted a country without liberals and they got that too.

I guess this will all come out in who was doing what, as without a police state they will be appearing on shows to take credit for whath they did and then we all will find out what was going on and be pleased in how wonderful the world is.

So the Lame Cherry supports the vax and taking the vax, completely for liberals, in they can have my dose and TL's too. Hey Big Pharm can sell the anti virals from MERCK to liberals to keep them alive, at such a high price that they will have to sign over all they have to get the meds, and then croak in a year. Be kind of like homesteading all over again in this time the Big Pharm will be handing out farms to people looking to build a life.  Yes all that nice land pave over will be ploughed again in Chicago and all these cities. Yes ploughing up downtown Detroit for potatoes on your 4020 as the birds are singing and you are singing and you will have it all to thank in the Lame Cherry, who provided your fertilizer, liberally for you as nothing grows spuds like bone meal.