You watch yourself in not being led down to Sodom 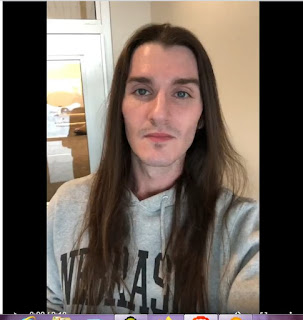 This is just a warning, that Steve Bannon and his Make Money From the Wall group is now promoting Scott Presler in a DIA psyops to make you choose between Neocon Liz Cheney of the Bush war and dope wing of the GOPliters and Fag up the Ass GOPliters. DO NOT BITE ON THIS.

He's gay, but this Virginia Beach man is outspoken in his support for ...

Jul 15, 2016 ... Scott Presler is employed by the Republican Party of Virginia and promotes all things Donald Trump on Twitter.

Here is what Bannon is saying about the soyboy.

Scott Presler is a national treasure. And if you don’t know who he is yet, I suggest you look him up and see the work he is doing to sign up new conservative voters. Watch this video and see what a Liz Cheney staffer did in an attempt to intimidate him.

No, Scott Presler if he is an unrepentant sodomite is going to hell and will drag America deeper into God's Judgment which is come. This is the old Ann Coulter dick up the butt group of billionaire fag hedgefunders created by dick up the ass Karl Rove to fund the Bush wing, and is now being run as an operation now that Donald John praised faggotry, to lead the GOP with a Republican Isolationism of the 1930's, which if the fag GOP got sent in to hijack the end to endless wars, means the nation is fatigued of war and they are going to shove penis scented feces into all Republican politics, the way that Peter Thiel fixed all of Trump's problems or more to the point, fucked America over and centralized power in the DIA to steal the election for Biden.

The Lame Cherry says no to this as Conservative Christian. I will not vote for Cheney Obama treachery no more than dick up the ass GOPliters, as both are evil and anti American traitors.

This Fag GOP is by Webster Griffin Tarpley design. It will split the Conservatives into Christians weakening them and weaken the Right by having them trade off morals for the immoral being the voice of morality. Sick shit, like all of this ramped up psyops is in hunting down Americans and making the vax the political rule of law.

Stay the hell away from Steve Bannon. You remember he buried what Andrew Breitbart had which would have brought this shit hole down, that got Steve murdered and his wonderful Father in Law, Orson Bean.

Shit on your dick is not a national treasure. It is an abomination.