A Tree in the Hand is worth Two in the Bush 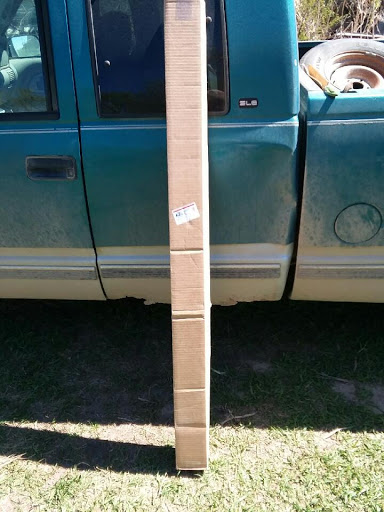 I thought I would share Cherryworld in the project of May 7th.

I knew these were coming, but when the mailman dropped them off on the step, I asked TL what TL had ordered as this long box was out there, and the Holy Ghost finally explained to my sinus curing hurt brain that this was our apple trees.

I ordered these from Wisconsin, in a new nursery, so did not know what to expect, but they were "affordable" as cheap trees now are around 35 bucks a piece and that is if I haul them home. These were 60 with shipping, so it was a good deal.

I have always wanted to taste a Pippin apple, and now I have the opportunity, as while both of these trees were dwarf, as that is all they had left, they arrived in lush shape. The root ball was ample and there were lots of small roots, meaning it will not take long for the micro roots which are always pulled off, to regenerate so the tree will start growing. 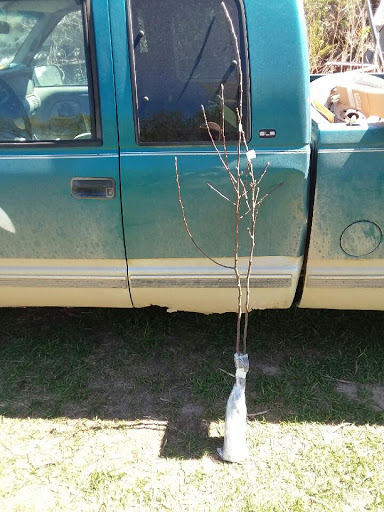 The final outcome was from a garage sale give away in these planters to make sure the trees get off to a great start. This though are our Spitzenburg and Cox Orange Pippin, which will grow and we will graft in T bud onto new rootstocks to propagate our investment.

One thing in this planting. I used feedlot compost, or more to the point shit that rendered back into sand and clay. This stuff will water in to a block almost which will not fall apart, which is important for transplanting. You DO NOT want compost which is fluffy like the bags as it gets dry, floats away and the roots will be injured in replanting. I'm thinking this will be a June project if they take off and if not, this will be an August project, as I do not like having to water trees on hot drought summer conditions as you end up watering all the earth, and it is better to wait for the scorching and drying heat to stop so the tree can get along fine.

We waited until October last year, which I did not like in transplanting three trees and they are budding out now. For my region, you either get your trees in really early, or you wait until the harsh summer is over and get in that window before harsh winter sets in.

I'm pleased though as this is a good investment and it gives me something serene to look forward to. 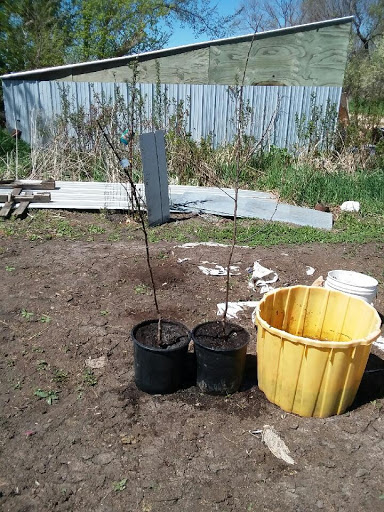