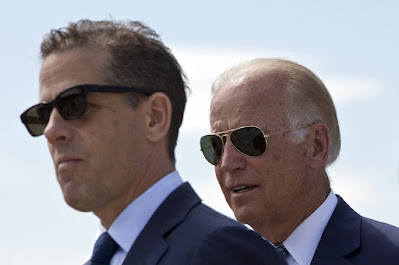 It's ok Hunter, as we will be safe, as we have our sunglasses on.

Apr 17, 2021 ... MOSCOW (AP) — An American astronaut and two Russians have returned to Earth after six months aboard the International Space Station.

We are discovering why the Russians have fled the Space Station with the lone American, and it is because of the Space Gambit which China has engaged in.

If you have watched Clif High's Woo Thought, he is an interesting projectionist, he takes events and projects them out in plus minus cause and effect. As this is going to be a semi big story, the story is China launched, and will say DELIBERATELY LAUNCHED a massive platform into space for their own "space station platform". That is bullshit as what Peking engaged in was just was with the PLA spread Wuhan Coronavirus biological weapon from Fauci and Obama, in a first strike on the United States and her allies in the South Pacific.

High does not provide this information, but states this Chicom space junk, is hurtling through near space, and it will require only smashing into one American or other nation's satellite to set off a domino affect that would turn all of your wifi and cell phones into expensive plastic glass topped artifacts.

High makes the point that this will end Elon Musk's great SkySat venture as this debris moves at 40,000 miles per hour, and is like a machine gun on launched satellites. It would end man spaced exploration.

High also adds that this space junk will have a half dozen more launches in the next months, meaning China is going to get lucky in ending American dominance in Star Wars and spacecraft in space, as sooner or later China will set off the domino effect in near space.

As the Lame Cherry probably requires stating this, the United States by it's traitors has a biological germ warfare taking place on Americans originating in China, and China just went to the next level of warfare for an invasion of Taiwan, Australia, Afghanistan and Alaska by..........blinding the United States in space surveillance and war direction, and that includes nuclear missiles targeting China and Russia.

China is actively pursuing a space war with the United States, and all Joe Biden can do is whine about nations should be responsible in space, as apparently Biden's Pentagon can not figure out this was a first strike against America by Peking and the FBI is too busy hunting down Americans to realize a real crime in space has taken place by Peking and Peking has it's own PLA which has not any interest in keeping the FBI around when China colonizes the United States.

3 hours ago ... ... space behaviours” as a debris from a Chinese rocket, thought to be out of control, is expected to crash back to Earth on Saturday, US time.

Rocket debris from China's space station launch is falling back to ...

2 days ago ... A large Chinese rocket is set to make an uncontrolled reentry back into Earth's atmosphere, but it is not yet clear exactly where or when the ...

Falling debris from a Chinese rocket is hurtling back to Earth — and ...

1 day ago ... A huge piece of space junk is about to make an uncontrolled re-entry back into Earth's atmosphere, threatening to drop debris on a number of ...

China warned the United States that it would engage in new types of warfare. Coronavirus is new warfare which liberals shattered the world economy over in lockdowns as Chloroquine was not used to prevent this, and now China in  the first strike in outer space is moving to turn near space into a machine gun space debris field, turning the United States into an expensive toy army without any way to deliver munitions accurately without satellites.

It is probably good the Lame Cherry has alerted all of you to this, as you were looking for EMP's and you never figured out like the Pentagon which installed Pedo Joe, that China would use chunks of metal hurling through space to end expensive technology and warfare.