Let this be a lesson, witness and warning to each of you 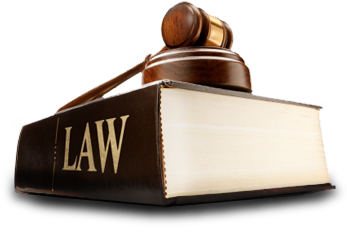 21  Is the law then against the promises of God? God forbid: for if there had been a law given which could have given life, verily righteousness should have been by the law.

I was afforded at the end of March of this year to read the Bible for several days again, and thoroughly enjoyed the experience and thank God for this Gift. It was in reading Galations that something jumped out at me, and it dealt with a suffering fool, who was TL's old man.

As I was reading the epsitle of St. Paul to a falling away people, what was a revelation to me, was the fool that this old man is, for he deemed himself an intellect, but he could never believe God. This fool used to spend all his time reading Proverbs, but what is Proverbs but a book of the wise, and this is what he deemed himself to be, but was a complete fool.

He seized upon witnesses, that it required two or  three witnesses to be upheld in court and he would drone on about this, as I would nod in being polite, as my response was the resounding message of Hebrews in BY FAITH, for all is By Faith in the Word of God, not by witnesses.

That is what St. Paul was stating in the above. Witnesses REQUIRE LAW, but Jesus fulfilled the Law, so all with Him is Mercy and Grace, and BY FAITH are you Justified as Abraham in you believed God that Jesus is His only begotten Son and He was raised from the dead, giving Himself an offering for the many who believe.

It was stunning in St. Paul who was a doctor of the Jewish law, to make the legal point that if a law could make a sinner right with God, then God would have written a law as He did in the 10 Commandments. You are not saved by the Law. You are guided by the Law and condemned by the Law for you are no longer ignorant of you rebellion against God in serving yourself over God. It is only by Faith in trusting God in Christ's payment for you, and then your disciplining yourself in the Law and proving you are legitimate by performing the Law, that you prove you are genuine to the Faith in Christ.

It is tragic what that old man did to others, as his lecturing made weak people question their Faith, and that is satan's service when someone makes people doubt and placing them in jeopardy.

It is always Faith. The Law is of the physical world which is temporal and of the sin and death. Grace is of Faith, which is Spiritual in the eternity of Life when converted from the physical of requiring witnesses, and instead trusting the Word and Promise of God. We do not need witnesses to prove to us the apple has fallen from the tree or the sun has risen, for by Faith we believe these things to be true.

The Law condemns all as faithless. Grace confirms all as saved by Faith.

Those who deem themselves intelligent are the most complete of fools, for very few rich people or peopole who define themselves as brilliant will ever accept the Gift of God in Salvation, for they trust in money or their own reasoning, not Jesus the Chirst.

Let this be a lesson, witness and warning to each of you, in what is required of each of you.

18  For if the inheritance be of the law, it is no more of promise: but God gave it to Abraham by promise.

The Purpose of the Law

19  Wherefore then serveth the law? It was added because of transgressions, till the seed should come to whom the promise was made; and it was ordained by angels in the hand of a mediator. 20  Now a mediator is not a mediator of one, but God is one. 21  Is the law then against the promises of God? God forbid: for if there had been a law given which could have given life, verily righteousness should have been by the law. 22  But the scripture hath concluded all under sin, that the promise by faith of Jesus Christ might be given to them that believe. 23  But before faith came, we were kept under the law, shut up unto the faith which should afterwards be revealed. 24  Wherefore the law was our schoolmaster to bring us unto Christ, that we might be justified by faith. 25  But after that faith is come, we are no longer under a schoolmaster. 26  For ye are all the children of God by faith in Christ Jesus. 27  For as many of you as have been baptized into Christ have put on Christ. 28  There is neither Jew nor Greek, there is neither bond nor free, there is neither male nor female: for ye are all one in Christ Jesus. 29  And if ye be Christ's, then are ye Abraham's seed, and heirs according to the promise.