To Keep From Starving 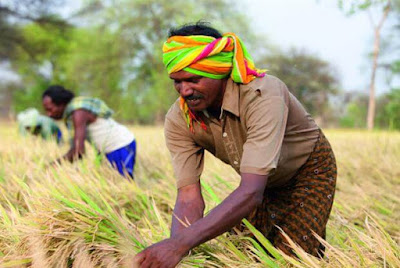 The Lame Cherry reminds all of you to not be like the curry nigger of India, which Kipling recorded as starving in a famine sitting on sacks of wheat flour. The reason being is all Indians knew was the paddy or rice. That is all they begged for in paddy, paddy, paddy.

Too many of you do not recognize food or frown at food that does not sound familiar. Tonight TL and I had Barley and Beef, but it was nothing but my pilaf recipe. What is pilaf, but Indian paddy.

You can get a whole different flavor out of rice, chicken and bay leaf, with barley, beef and bay leaf. Barley is much more earthy in quality and TL thanked me for making this pilaf as it was so different than the turkey and chicken pilafs I make with real bullion.

Barley, hulled oats, sorghum and even bulger which is just cracked wheat.

I was watching a guy from Kansas make carp bait, and he was soaking whole field corn kernels in water for a day, then boiling them for around 20 minutes. The reason you soak is so the kernels do not pop. Indians used to keep a great deal of shelled sweet corn ,because it was boiled and good to eat as it is sweet even when dried. The point being if you have to survive, even corn can be made into something which is edible.

The Americans of the Ohio Country in the Tennessee and Kentucky Riflemen in dealing with terrorist Cherokee (Yes that is why Americans marched them out and away, as before they were defeated, they were mass murdering and enslaving Americas as they had the upper hand) would take along parched corn on their horses, with their rifles and the bed rolls. The American out Indianed the Indians, but it proves that you can survive on corn. Granted again, it would be better to have heirloom corns, but I can not help it if you have not invested in a local farmer to grow you bags of the stuff for your stores. I'm years behind in my projects due to limited donations, but am trying to solve our immediate food problem and for others this season with all of our backs to the wall.

So start thinking of how to survive. Understand that sacks of corn, bird feed and other grains in the farm stores are FOOD, and from 10 to 15 bucks you can get around 50 pounds of grain that will sit for years without a problem, and be food if you need it.

You will learn to find weeds to supplement your diet, and I remember watching a PBS program when I still watched tv, about the Mound Builders like in Missouri who had actually found some local weed that produced a seed and they cultivated it, and actually had the seeds three times bigger than that same weed today. You are more fortunate in having access to potatoes and squash which produce piles of food product to survive on. It is better than Vietnam where the kids grabbed for shit and ate it out of GI's.

On that happy note. Nuff Said.