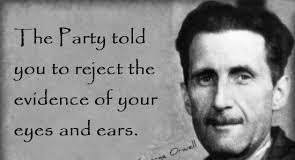 David John Oates in reverse speech on Jeff Rense's program to give further insights into our dark future. Anthony Fauci is revealed as even more Nazi macabre than he appears. He lied to Rand Paul, as Fauci with Obama funded the Wuhan biological weapon to slaughter people. Fauci admits this was deliberate.

Fauci goes on to reveal that with 130 million Vax Lepers that the threshold has been reached. He states "They have sealed the beast" The beast in Revelation is the global rule ruled out of Europe. Enough people have now been injected that whatever is planned next has the basis for what will establish this dominion.

The situation with Pedo Joe is even more dire. He has blackmailed the Jews over Gaza and has signed off on a nuclear first strike on China when they make a move in Asia. This is going nuclear early. Japan has signed off absorbing Chinese gains. The Pentagon who installed election fraud Biden is going to use nuclear weapons first to stop China.

China has ICBM's which will strike America.  The Pentagon knows it can not stop China in an invasion or conventional war. Asia will become a nuclear theater as will the American mainland in Chicom retaliation.

We'll find out what we will do - We damned - they're set to kill (Vax was made to murder people.)

See if there are other cases - Kill in that , they're headache

130 million people with the vaccine - Now we sealed that beast

Shut down in India - My tush has been naughty

Pushing the second vaccine - Yes dead give us now seen it. (Post mortem examination of dead)

Number of lives lost to Covid - The work is sold

It was great to be back with Republicans - The lesson, the worst darling

Optomistic to reach an agreement - A death there is a death

70 year alliance with Korea - We love you.

We addressed issues of global concern - I signed nuke (This was on South Korea. Biden has signed off on nuclear strike on China.)

How will we proceed with Kim Jong Un  - Some they damn

6 months to get a ceasefire - They get slums kiss. (Blackmailed the Jews to stop blowing up Gaza.)

We should be on Gaza - Have no hope