Doctors in Canada have been coming across patients showing symptoms similar to that of Creutzfeldt-Jakob disease, a rare fatal condition that attacks the brain. But when they took a closer look, what they found left them stumped.

Almost two years ago, Roger Ellis collapsed at home with a seizure on his 40th wedding anniversary.

In his early 60s, Mr Ellis, who was born and raised around New Brunswick's bucolic Acadian peninsula, had been healthy until that June, and was enjoying his retirement after decades working as an industrial mechanic.

"At one point he couldn't even walk. So in the span of three months we were being brought to a hospital to tell us they believed he was dying - but no one knew why."

One widely known category is Variant CJD, which is linked to eating contaminated meat infected with mad cow disease. CJD also belongs to a wider category of brain disorders like Alzheimer's, Parkinson's and ALS, in which protein in the nervous system become misfolded and aggregated.

But Mr Ellis' CJD test came back negative, as did the barrage of other tests his doctors put him through as they tried to pinpoint the cause of his illness.

His son says the medical team did their best to alleviate his father's varying symptoms but were still left with a mystery: what was behind Mr Ellis's decline?

In March of this year, the younger Mr Ellis came across a possible - if partial - answer.

Radio-Canada, the public broadcaster, obtained a copy of a public health memo that had been sent to the province's medical professionals warning of a cluster of patients exhibiting an unknown degenerative brain disease.

Roger Ellis is now believed to be one of those afflicted with the illness and is under the care of Dr Alier Marrero.

The neurologist with Moncton's Dr Georges-L-Dumont University Hospital Centre says doctors first came across the baffling disease in 2015. At the time it was one patient, an "isolated and atypical case", he says.

But since then there have been more patients like the first - enough now that doctors have been able to identify the cluster as a different condition or syndrome "not seen before".

The province says it's currently tracking 48 cases, evenly split between men and women, in ages ranging from 18 to 85. Those patients are from the Acadian Peninsula and Moncton areas of New Brunswick. Six people are believed to have died from the illness. 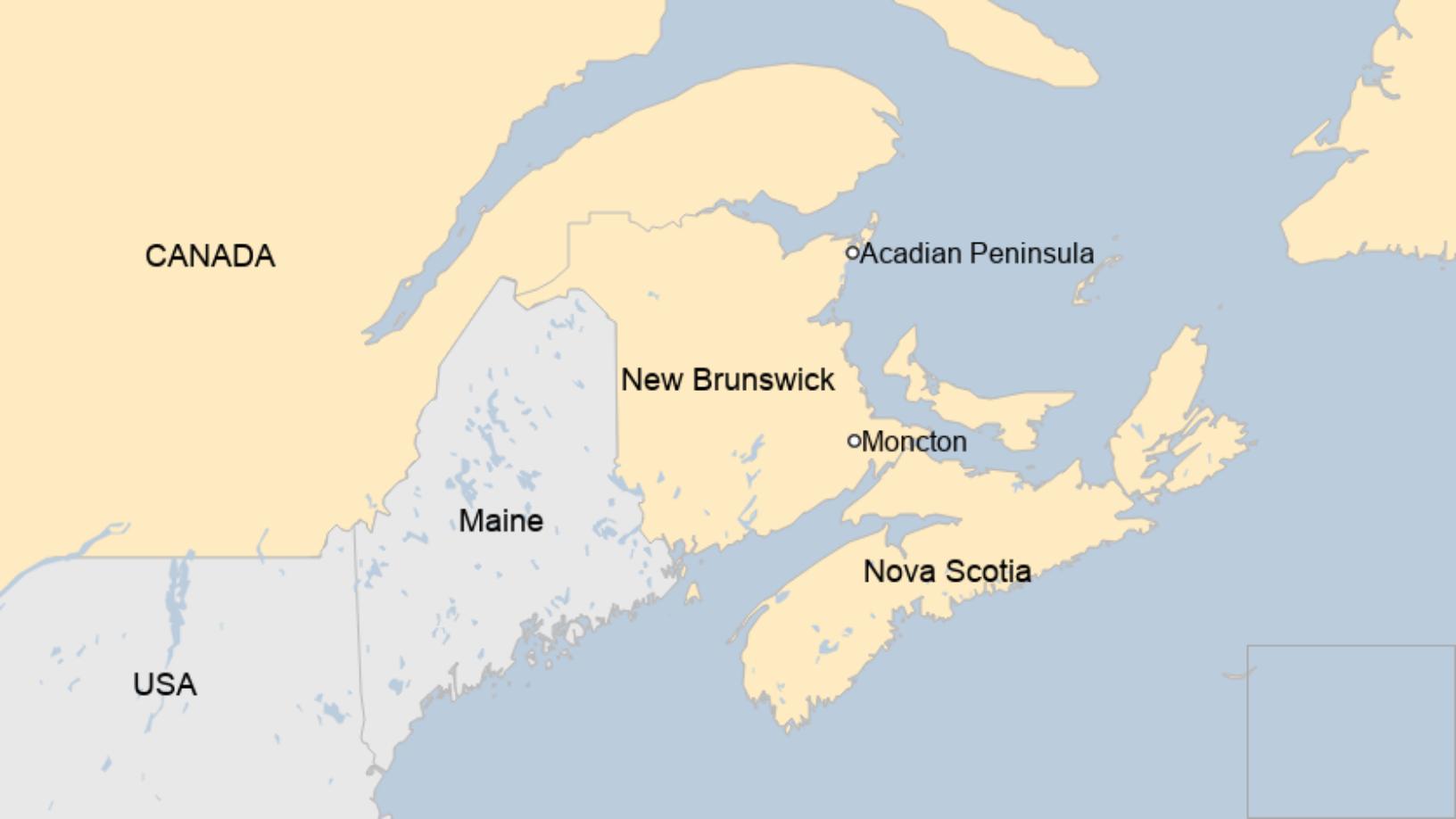 Most patients began experiencing symptoms recently, from 2018 on, though one is believed to have had them as early as 2013.

Dr Marrero says the symptoms are wide ranging and can vary among patients.

At first, there can be behavioural changes like anxiety, depression and irritability, along with unexplained pain, muscle aches and spasms in previously healthy individuals.

Frequently, patients develop difficulties sleeping - severe insomnia or hypersomnia - and memory problems. There can be fast-advancing language impairments that make it difficult to communicate and hold a fluent conversation - issues like stuttering or word repetition.

Another symptom is rapid weight loss and muscle atrophy, as well as visual disturbances and co-ordination problems, and involuntary muscle twitching. Many patients need the assistance of walkers or wheelchairs.

Several patients have presented with transient "Capgras delusion", a psychiatric disorder in which a person believes someone close to them has been replaced by an impostor.

"It's quite disturbing because, for instance, a patient would tell his wife: 'Sorry ma'am you cannot get in bed, I'm a married man' and even if the wife gives her name, he'd say: 'You're not the real one,'" Dr Marrero says.

The Moncton based neurologist is leading the investigation into the condition, with help from a team of researchers and the federal public health agency.

They are asked about environmental factors, lifestyle exposures, travel, medical history and food and water sources. They undergo spinal taps to test for various possible infections and disorders.

There's no treatment, beyond helping to alleviate the discomfort of some of the symptoms. For now, the theory is that the disease is acquired, not genetic.

"Our first common idea is that there's a toxic element acquired in the environment of this patient that triggers the degenerative changes," says Dr Marrero.

University of British Columbia neurologist Dr Neil Cashman is one of the researchers trying to unravel the medical mystery.

Despite patients showing no trace of any known prion diseases, it hasn't been completely ruled out as a cause, he says.

Another theory is chronic exposure to what's called an "excitotoxin" like domoic acid, which was linked to a 1987 food poisoning incident from mussels contaminated with the toxin from the nearby province of Prince Edward Island.

Along with gastrointestinal upset, about a third of those affected had symptoms like memory loss, dizziness, confusion. Some patients fell into a coma, and four died.

Dr Cashman says they are also looking at another toxin - beta-methylamino-L-alanine (BMAA) - which has been implicated as an environmental risk in the development of diseases like Alzheimer's and Parkinson's.

BMAA is produced by cyanobacteria, commonly known as blue-green algae.

Some researchers also believe BMAA is linked to a neurodegenerative disease documented in an indigenous population in the Pacific US island territory of Guam during the mid-20th Century, and found in seeds that were part of their diet.

Dr Cashman cautions the current list of theories "is not complete".

"We have to go back to first principles, go back to square one," he says. "At this point basically nothing can be excluded."

So how many more people may be affected by this disease?

Dr Marrero says it's possible it's a wider phenomenon found outside the two regions - the Acadian peninsula, with its fishing communities and sandy beaches, and Moncton, a city centre - where patients have currently been identified.

"Are we seeing the tip of the iceberg? Maybe," he says. "I'm hoping we can capture this very fast so we can stop this."

While those living in the affected communities are understandably concerned, Dr Marrero urges people to "work with hope not with fear. Fear paralyses."

Roger Ellis' condition has stabilised since the early rapid progression, his son says.

He's in a specialised care home and needs some assistance with daily activities, and struggles with speech and sleep issues.

Steve Ellis, who runs a Facebook support group for families affected by the condition, says he wants government officials to commit to transparency about the illness.

Most of all, he wants to know what made his father fall sick.

"I know they're working on that, but how did this happen?" he says.

"As a family, we're very cognisant of the fact he's likely going to die from this, and we just hope that whether it happens before he dies or after that they are answers - and accountability if it's something that could have been prevented."