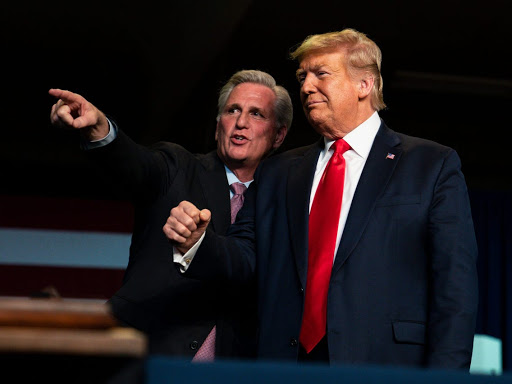 Wave to my boyfriend, Frank, he is a Jew like your son in law,
so you know I'm going to heaven.

I have no idea what Jewicon Liberal Frank Luntz did to Tucker Carlson, but Carlson for once is exposing what the hell is further wrong with the GOPliters, as he broke the story that House Republican Leader, Kevin McCarthy is living with sometime pollster and sometime lobbyist, Frank Luntz, like Barney Frank used to live with that male escort in DC.

Frank Luntz & Kevin McCarthy. Not only are they friends. They are roommates. pic.twitter.com/nYGXxV5bya

One must understand how secretive this is, as Carlson got a phone call from an insider say that Luntz and McCarthy were shacked up.
Carlson phoned McCarthy's office and was dismissed by McCarthy's assistant and laughed at. On a return call the assistant confirmed that due to the plague McCarthy had rented a room from Frank Luntz.

OK, so these best of friends according to Luntz, in Luntz lobbies for all the woke conglomerates in the process of enslaving or poisoning you as a criminal. owns a most expensive property which goes for 5000 dollars a month rent, and according to Carlson, if McCarthy is not paying full market rent, then he is violating the law on accepting gifts. You know blessed certain that McCarthy did not rent a room from Luntz or the information would have come forward, and this renting was a cover story for these two being shacked up.

Luntz besides hating you as a Republican in getting all the polling contracts for your  Trump donations, also had a mother who wanted him to be the First Jewish President, so Luntz built himself an Oval Office, and also acquired Kevin McCarthy for sleepovers in his Cabinet. Who knows maybe John Roberts comes over for some soiled penis parties too, so Luntz has had all three branches of government in his bed.

In a review of these GOPliters, Mitch McConnell hates you and John Thune wants MAGA destroyed in the Senate, and now Kevin McCarthy in the House with the charming Liz Cheney, are showing they are the same girl club, as Cheney fist bumps Pedo Joe Biden and McCarthy pelvis humps Frank Luntz.

Then again, if you look at who Kevin McCarthy claims is his family, the kids look like Frank Luntz more than they do McCarthy, so only a DNA test would prove that, and we all know Obama Clinton Biden was blackmailing everyone so they know what dirt is on McCarthy, and that is the reason McCarthy is heading the GOP, for the simple reason he is dirty and is able to profess lies in supporting MAGA while he stands around in Congress passing gun control, aborticide, sodomy and says not one word in defending the innocent Americans being hunted down by the FBI after January 6th. 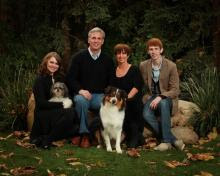 McCarthy and his wife Judy have two children. They are lifelong residents of Bakersfield. He is a former board member for the Community Action Partnership of Kern.

In October 2015, McCarthy was accused of having an affair with Representative Renee Ellmers.  McCarthy had unexpectedly dropped out of the race for Speaker of the House shortly before the allegations surfaced. Days earlier, Representative Walter B. Jones Jr. had sent a letter to the Republican Conference Chairwoman Cathy McMorris Rodgers stating that any candidates for a leadership position with "misdeeds" should withdraw from the race.

Both McCarthy and Ellmers have denied the allegations.

An October 2018 investigation documented how William "Bill" Wages, of McCarthy's brother-in-law's company Vortex Construction, has received a total of $7.6 million since 2000 in no-bid and other prime federal contracts. The work was mostly for construction projects at the Naval Air Weapons Station China Lake in McCarthy's Bakersfield-based district, and Naval Air Station Lemoore in California's Kings County.

See this is Frank Luntz, the kids look more like him than McCarthy. 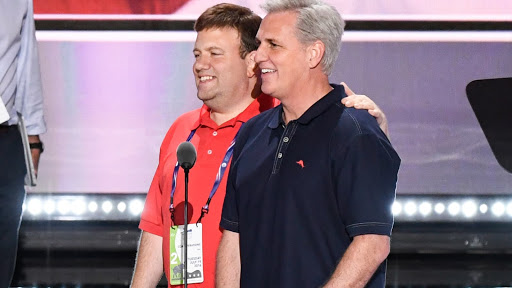 “Frank has been a friend of mine for more than 30 years.”

For an insider look, this is Kevin McCarthy's office. He seems to like BIG pictures of Abraham Lincoln and lots of them. 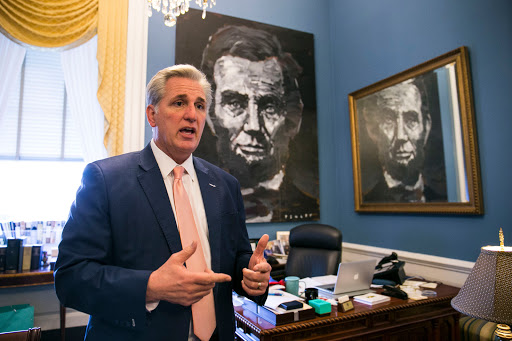 This too must be the infamous bedroom in his office and bed. Apparently Kevin McCarthy rests his head at night where women have their vulva lips moistly lubricating the leather by day.

Obama was sort of bi sexual, Bunghole Roberts is bi sexual, so I guess McCarthy swings both ways, depending if the rent needs to be paid. 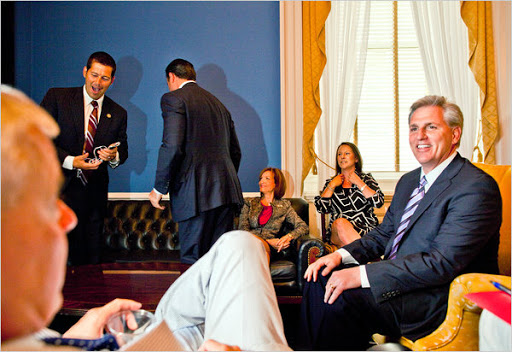 I have no idea what Bushman Tucker Carlson is engaged in, as he picked off that fraud Gov. Kristi Noem who flew too high, as Carlson cleans the court for upcoming fraud elections. Maybe he is protecting Liz Cheney and protecting Jeb Bush for his second sloppy wets run in 2024 AD in the year of our Lord. I just know I will never support Noem or McCarthy ever again, just as I will never support Donald Trump running for President again after he abandoned everyone to be hunted down by the FBI, as he is as bad as Jeb Bush and Liz Cheney.

The nation is doomed so it does not matter what frauds are doing and what is being exposed as the 1% have a hundred other Pedo Joe's lined up  as the entire GOPliter leadership is liberal. Louis Gohmert was set up by the DIA over the election fraud, and we have not heard from him nor anyone else including Mike Flynn in who from the Pentagon was whispering their disinformation to them. I would think that if I was lied to, I would have posted who the people were as these people got Ashli Babbitt murdered, but we do not hear jack or shit about any of this.

I want Attorney Terry Roberts to put under oath in discovery, Kevin McCarthy, Mike Flynn, and the hosts of these people who were told things, to discover who it was that told us all of this DIA misinformation. Was Frank Luntz telling McCarthy things, that Luntz heard from his left wing sources? There are numbers of frauds in this, but I do not have much hope fro Terry Roberts as he seems a bit slow brain on the draw in interviews. Sharyl Attkisson is back on the war drums beating this because the CIA and DIA tied a can to her tail in spying on her and she is not going to ever get justice either.

Kevin McCarthy does know things, like numbers of the GOPliters do. Maybe now is the time to subpoena him, along with Nancy Pelosi in learning what they knew and when they knew it. Maybe cuddling with Frank Luntz will have a positive Tucker Carlson outcome if those involved in this are put under oath, their records examined and someone makes a stupid mistake in revealing things, as let's face it, Kevin McCarty and Frank Luntz are where they are, because the 1% chose them for being stupid.

Kevin McCarthy's bizarre attempt to rewrite the narrative of Jan ...