The Cure for the Vax 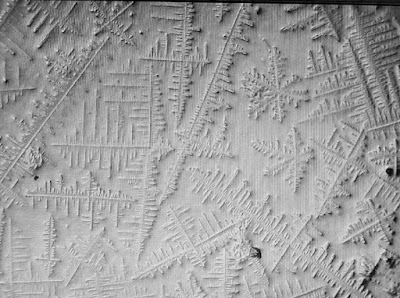 The following information is proof of the Lame Cherry exclusives in fiberforming. Jeff Rense had this up with the wonderful expose' of Erica Kahn. This blog explained first that the fibers in the Chinese masks and other venues, that it is linked to the synthetic prion, and the building block in this is the synthetic fibers to evolve humans to these fiberform immortals.

For those of you who thought I was full of shit as most of you are always skeptical, the proof is in these pictures as DARPA created a nylon fiber, which is the carrier, for nano tech balls called hydrogel. If you remember the Dutch, had pictured strange moving balls in the vax. The vax is carrying these same hydrogel spheres.

As you comprehend that these DARPA nylon fibers are needles which inject hydrogel into your mucous, the first photo is what these hydrogels begin weaving into, a literal VAXFLAKE into your body, crystalline like snowflakes. Think of this as 3 dimensional, in it is a weave, a perfect weave, which is changing all of your tissues into this crystaline fiber material which will replace your muscles and skin. This Morgellons type reproduction in your body is hyper production, just as this synthetic prion which inquiry stated "feeds" this vaxflake structure is in hyperproduction. 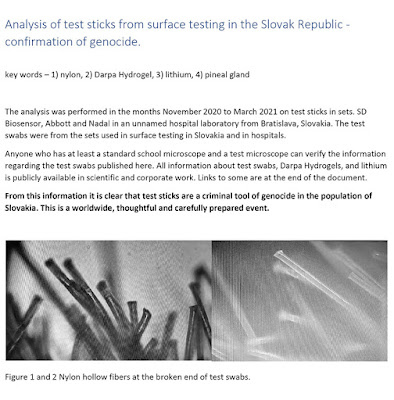 You are seeing why people are having muscle clots as this DARPA weapon's platform is embedding and then reproducing all throughout those exposed to the Vax Lepers or have been injected.

These crystalline structures are beautiful, but they are more than beautiful as they are functional. Water is the base structure in the universe. These crystals mimic water crystals, but at human temperatures. Crystals as you should be aware VIBRATE and are like antennae, meaning these vaxflakes are receiving information from other people and more importantly at this juncture are going to receive 5G and 6G when the transformation is complete without destruction. This Lame Cherry has been explaining all of this for months, and now you have the proof and the DARPA weapon which has been deployed. These vaxflakes are going to replace DNA as resonant transponders and receivers in the evolving human fiberforms.

Now for the cure, the information shows that people who have recovered from the original biological weapon Coronavirus and have natural immunity, disrupt this vaxflake reproduction. Another important reality is that IVOMEC has a dismantling effect on these vaxflakes. I have not inquired on this more, as I do have doubts that ivomec will kill these synthetic prions, but in that caveat, the prions are the foundation of this, and they require the vax, shedders or the fibers, in order to embed these hydrogels. The hydrogels do the tissue transformation, which the 5G and 6G resonate, which Elon Musks SkySat arrays all into one immortal body. When your T cells or Ivomec knocks the structure down, then your being an immortal zombie in this array, will not take place, as you do not have the antennae to control your mind and soul. 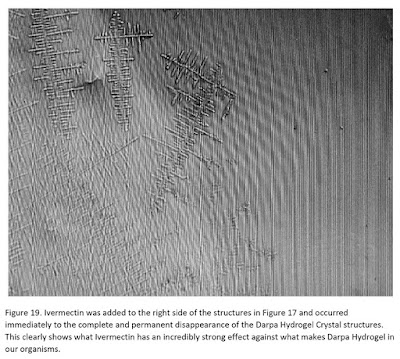 As I have stated, I have not inquired, as I was quite sick the past few days, but I do believe that salts, as in salt, sodium carbonate, "bleach" which kills prions and you are not ingest this, and things like hydrogen peroxide, ozone etc.. which charge the with oxygen the body's environment to make it toxic to virus, HIV, cancers, and I would conject prions, would make it a hostile environment when used in safe treatments, just as Vitamin D and C are beneficial as much as zinc and selenium get these organisms at their base where they lurk. Just as Ivomec makes the environment hostile to these biological weapons.

Now before you start celebrating, understand that 5G is harmful and the 1% is going to turn this up to 6G which is lethal, so we are entering an immortal hybridization in the next few years, as mortals. I believe the Bible, in these immortals will rot. I believe what I have posted here in the slave immortals will be kept on bended knee in rotting in pain if they are not administered anti virals periodically.

The projection in this is, that the 1% want us erased as Protestant Christians, there is going to be a master slave conflict in this between the ruling immortals and the slave immortals, and into this are satan and the demons having rotting immortals they will afflict. So this is going to be a lively situation in the next years. The more time projects forward, the safer it should be for the Protestants as the others will be too busy dealing with their issues.

You now have a major part of this secret, assembled on the Lame Cherry exclusives. You could mortgage everything you have, and all your children will have for the next 1000 years and it would not be enough to pay for what you just had revealed to you. You think about that and you realize what you just learned is information which the 1% absolutely does not want anyone knowing, and that includes the FBI who will realize they have been played and are expendable in the next few years.

This is the Lame Cherry in another matter anti matter. We are all in this together and it is time the slackers got off their keyboard asses and started showing some support to those who exposed themselves.