Smoke even if you ain't got Em 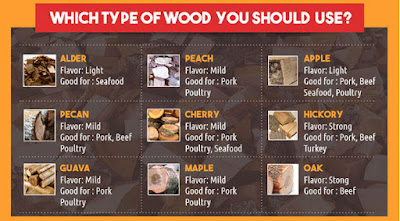 Roy Underhill the woodwright at Colonial Williamsburg, used to explain the different types of wood, their characteristics and their uses. Some you make chairs out of, some are for rakes, some is better for handles. I used to enjoy watching his series because he was so skilled at woodworking or being a wright.

In undertaking wood burning again, I have become far too acquainted with different woods in burning them. I know by scent which wood I'm burning. Some are most unpleasant in almost acrid like corncob smoke, and that is what I'm scenting now in it appears to be Hackberry.

It is not like I have allot of the stuff to burn, but there was a tree growing under a power line and down the 6 inch diameter thing came, and my needing wood, I decided to test it out.

I would that God made more woods nice scented in burning, but all the nice ones you use for perfume and smoking meat. Not that I would ever burn perfume woods as that stinks worse to me than acrid smells. I would though enjoy hickory, oak or apple for heating, but then I consider that a sin, as you can make nice things out of those woods, and smoked meat is the most wonderful gift outside of Jesus from God.

Today's burn was mostly elm. That wood is not the nicest either, and then an ash I was testing out to see if it would ignite, and the last was the Hackberry. Interesting thing though, Elm burns about as quick as Box Elder, as oft wood, and Elm is not soft. They used to make coffins out of the stuff as the wood does not rot quickly when buried. All the same,Elm is not forever, in I have seen some caved in graves of people not that long dead. Now that is something I don't ever care to have happen in stepping on grave and heaving it sink. Lord God that would about give a person a heart attack having that happen.
It is not like I walk on graves, but in doing things, I do get tired of walking around graves, so sometimes it is step on and step over. Never mean any disrespect, but I wonder now if the not walking on graves came from them sinking down and people thinking the dead were coming for them.

Was just thinking about shallow graves and you get hat cave in, those odors would poof up, and that is a methane stench you would not soon forget........teach you to not step on graves I suppose.

Am upset as I type this as things got behind in the cellar project of this stove, and I never had a great deal of wood put up, but all the same for auxiliary heat , we had about half a cord, and that would have been more than enough of that damned HAARP was not cut loose on People to steal their Biden stimulus checks in burning more fuel to stay warm.

I like the barrel stove when it behaves, as it pulls shot once in awhile, like today I think the flue or damper from China, stayed shut and I got a house full of smoke, and at 5 below, opening windows up, running fans, and shutting down the gas furnace defeats the purpose. Basically wasted my initial burn. It is though 5 below, cloudy, sunset, some light flurries as I think it is warming up, and the house is balmy warm. I have no idea how many hundred thousand BTU's I used up, but it figures in about 3 hours I can get this house nicely warm and the furnace only cycles as when it is warm outside. In that, I'm very thankful as we had shitty cold weather with north winds, then shitty southeast cold winds for days which were strong, and then we got this shitty Arctic stuff. ALL HAARP, but in burning wood, the house has carrying heat like a heat sink, as we have plaster wall and they heat up. It is still a battle when it gets below zero, but this old house will hold heat, (minus high winds and cold air dropping out of the sky for almost 10 hours.). What is nice is it was cold this morning at 15 below, but the furnace was just cycling on and off, instead of running non stop and clicking on as soon as the fan is off. That burns a great deal of fuel and this wood burning is proving the addition I thought it would be in warming the space good, holding that heat, and then bleeding that heat over the hours until daylight.

I fully when we build our underground home am going to have a few chimney's installed. I want one in the main parlor. I want one in our bedroom, as it is pleasant to have a fire going when you go to sleep in watching it.
That is one of the problems with smoke scent in, I will sit with the door open on the barrel stove feeding it, and just watch the flames as there is something in fire that mesmerizes the human psyche and brings tranquility to it. So  I see a wisp of smoke and think, "Chit I better shut that door!", which is what you get with wood in wood smoke scent in your home,. It is better than cat pee and allot of other home scents, including carpets. Is a great deodorizer really as smoke smells like smoke.

Oddly when I do get rich, I'm not going to Paris, not buying a new car. What I'm going to do is have a cot thing, and a big blanket on it, and it is going to be in a room with a fire box in it, and I'm going to for the first time in years, just going to curl up like a cat and rest, take a real nap, and recover from all of this.

I though always have been odd. Most people will do the typical things when they get rich, most are so scared they won't spend money for a month, and then go out and buy a car, like widows always do for some reason, but me it is I want to take a cozy nap. Now I don't need a suite at 5000 a night. I will be most pleased if it is a shed or something, that I can just shut the world out and go to sleep. In fact, a shed, like some hen cave is what I would prefer. I have even been thinking about a cot in the cellar, when I get things moved around and just trying that out, but the floors are dirt and it is not really my dream nap, even if most days, you can see me parked on a potato bucket, sitting in from of the barrel stove, thinking, that this is one of the warmest places in the house.

Odd think I hated that cellar as a kid, as it was musty and had spiders, and now the must is gone and the only bugs are elder bugs that get tossed in the fire. Damn things bit me as a baby and made me cry. Still are crawling around here on me while watching things or typing.

Maybe that is why the smoke smells off and acrid.

You have to admit that the Lame Cherry is the most interesting writer since Mark Twain without all that bullshit he slopped around.