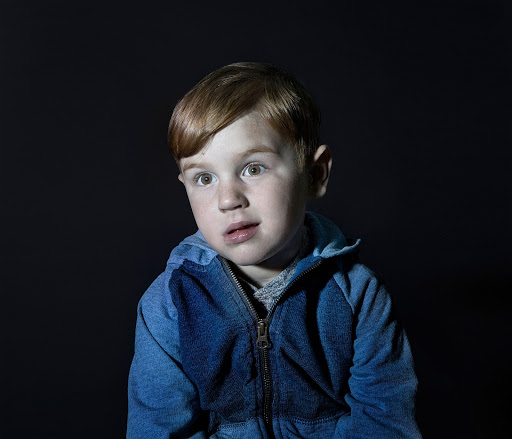 I wanted to share part of the letter from Bob today, as it is what many of us are experiencing and going through. I have not had time to elaborate on our rather intestinal battle with this bioweapon which was our last exposure, but my symptoms came around Christmas and were off and on for till almost April. You begin wondering what is going on.

What I wanted to stress is something Bob said in the people who took the vax were elated. I have heard this on radio programs, personal stories and that tells me that there is something influencing people to get that vax. I would assume it is a thought projection from something as common as cell phones or television. I do not mean to go Joss Whedon SciFi, but the government in charge on that show, had created a weaponized little girl who was triggered by something in a cartoon.  I have to write about  the Mandela Effect in a serious examination of what I believe that was, as it ties into this too.

There are certain groups of people who seem to have responded to this like ringing a dinner bell. They can not be blamed as they were responding to a stimulus. Being angry over what is taking place, only assists those who are behind this as it distracts. Each of us as to be aware. We have to be like the leopard in Africa who reacts to nothing and lays and studies the events daily without being drawn out.

My deepest sympathies are for Bob and his family.  TL and I discuss our community here in the brier patch. If the projections are right, there are numbers of people who will be affected that are our friends and people we need. The town where my Auntie lives has under 100 people, and near as I can figure they have a 90% rate of vax.  Some of these elderly rural areas are going to be places where everyone is going to need care. I will be honest that I'm not into wiping people's asses as the mother was enough, but it just may be that we who are the ReVaxNiks are going to have to put our Christian to the harness and be protectors of hosts of people who are going to need someone to run the backhoe and say something Christian over them when the time comes.

I do not mean to violate anything personal in Bob's letter, but he is expressing what all of us are going through and at times we are wondering how this can be happening. I believe that certain groups are being electronically enhanced to make them believe the vax is the correct course.

As a personal experience, at our feed store we have a guy who was injured as a child. His heart is golden and he is full of common sense.  He misses nothing. The owners got the vax, and they have been acting vax moody, and something happened last week in the dog they have which we play with, I knew she was dying. You could see it. The injured guy said the same thing when I mentioned it today. Yet today the dog was almost back to her old self. That dog got that shedder prions. I'm positive of it, but she is recovering.

The intestinal stuff takes a bit. The studies indicate ivomec with zinc helps. I was about ready to try that when I started to recover. I do not believe that if you do not eat prion feces, menstrual blood or vomit, that this prion embeds, meaning dirty hands to the mouth. The dog got better, as all she was getting was shed prions from whatever the owners were sweating out. So there is hope, and yes I have had some weird stuff happening again beyond sinus headaches, but both of us are getting past this. I think there are so many people shedding these prions that the shit is everywhere and it is going to take some time to get this shit flushed as people will reach a peak output and then it would conclude a constant rate of shedding in new cells to be transformed.

I do not have a great deal of time to track things down now. Yesterday or this week has been a bitch in projects that should have taken a few hours are taking days. Something is really furious in the demon sphere about our putting things in order in preparing for what is coming. I will try though to have more on this, but maybe the silence is from God in the dice has been cast.

I need to close as I have to get home to unload some feed in the rain and sit down for a bit to unwind and get my head around projects which need doing, but it is hard to weld in the rain...........nor really hard, but I do not care to get electrocuted doing it.

I'm thankful to Bob for writing and sharing. His input is existential and those observations are gold in this era of disinformation.

hello LC
if you dont have the time or the patience just disregard this as you have a lot on you already
but i am writing anyway. this is a rambling collection of things I've thought about for a while
first
i told everyone, mainly my parents not to get the vax. i didnt go into
details, they are elderly and not medically inclined but just that it was an experimental thing
with a lot of people having serious side effects
they said they wouldnt take it, but mentioned my aunt was on a waiting list to get it
a few weeks later my father called almost giddy saying he and my mther had just gotten the vax
I was shocked. later when talking to them direct (this was a months ago before i had heard the vax was
shedding to non vaxed) they talked about how the State had set up at the fairgrounds. how orderly and organized it was. there were nurses
and an ambulance on standby, state police and national guard were there helping. they spoke proudly about how wonderful it was, but as they talked
i was sickened by the whole thing and could only think of the well organized trains run by the nazis long ago. i could picture the soldiers and police
then i got a call. my aunt was in the hospital. she couldnt walk. the doctor was calling it heart failure, but then they turned around and said
the test all showed her heart was fine and very strong. that didnt make any sense. i didnt think of the vax. i didnt want to think of the vax.
she was on a waiting list, but hadnt gotten it did she? my spouse jumped right in, not being one to not speak her mind. "did my aunt get the vax?"
"yes, 2 weeks ago"
thats what did it i told mom. oh no, she is elderly, and grossly over weight and had diabetes. this was waiting to happen. my mother was in complete denial.
in any event, the doctors said my aunts heart was in good shape and there was nothing more for them to do. but she still couldnt walk
so they sent her to a care home to recover. after a few days, she could move her legs but still needed help to get around. she complained
she couldnt get the nurses to help her to the bathroom in a timely manner and had many bathroom accidents.
my mother drove the several hours to go visit, but when she got there, they wouldnt let her in
since my aunt was a new patient, she was under a 10 day quarantine. my mother dropped some clothes off she had bought for my aunt.
she would never get to see her sister again
a few days later the call came. my aunt had unexpectedly died.
i was surprised at how much it affected me. my aunt lived out of state, several hours away. we typically only saw her once a year or so
but she always had sent cards and gifts on the holidays.
family drama. you know how that can be when some one passes.
mom-you're not getting your 2nd shot, "no"
few days later when talking about the funeral arrangements; "we got our 2nd shot" . "thats what killed my aunt", "i know". i was floored. mom knew it and got the shot anyway
it was a funeral for my aunt. i had to go. i had to sit near my parents. when she cried, i had to comfort her.
the moment it was over i rushed to the restroom and doused in hand sanitizer.
a day later, congestion and a sneeze. next day, a little more severe.
i piled on the covid response- vit C, D, quinine tonic water, zinc, quercetin, pterostilbene and ionic silver nasal wash
i know it might be a prion, but what else can i do. maybe the antioxident C along with a silver ion might block it
its now several days later. have had a little congestion and a slight headache, but it feels like its in check
and subsiding
updated. i thought i was getting over it. i was wrong. it has moved to my gut. over a week of indigestion and diarrhea. knocked it back with silver and tonic water
but then i ran out and it came rushing back worse than before. i'm getting desperate. apparently fresh pine needles arent a thing to be found on the internet.
looking at that pine tree over on the neighbors property. i think its a white pine.
i know alot more about drill bits and welding rod than plants.