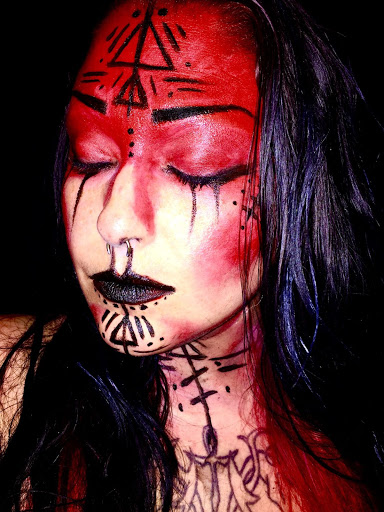 The following is from a research paper and explains "why" magnets are sticking to people who have gotten the vax.

I'm going to explain this in terms so you can comprehend what is taking place, but this "stuff" is in the vax and it is not listed in the contents. What the purpose is, is they use the stuff magnetite or iron oxide which helps pigeons find their direction, to create a magnetic field in the Vax Leper's body. The purpose of the magnetic field is to deliver the cargo inside cells which are targeted most efficiently.

The magnetic fields increase the spread rate of whatever it is being injected.

The efficiency of delivery of DNA vaccines is often relatively low compared to protein vaccines. The use of superparamagnetic iron oxide nanoparticles (SPIONs) to deliver genes via magnetofection shows promise in improving the efficiency of gene delivery both in vitro and in vivo. In particular, the duration for gene transfection especially for in vitro application can be significantly reduced by magnetofection compared to the time required to achieve high gene transfection with standard protocols

There is a word for this magnetic field using iron oxide, and that is MAGNETOFECTION, or an infection assisted by a magnet.

Magnetofection is a simple and highly efficient transfection method that uses magnetic fields to concentrate particles containing nucleic acid into the target cells.

Numerous synthesis methods have been used to produce magnetic nanoparticles for bioapplications with different sizes and surface charges. The most common method for synthesizing nanometer-sized magnetite Fe3O4 particles in solution is by chemical coprecipitation of iron salts. The coprecipitation method is an effective technique for preparing a stable aqueous dispersions of iron oxide nanoparticles.

Certain chemicals are used to deliver this process of opening the cells to the cells, meaning it opens the cells up to be infected. You should note in the below list of chemicals that they are considered poisons.

The linear PEIs are solids at room temperature while branched PEIs are liquids at all molecular weights. Linear polyethyleneimines are soluble in hot water, at low pH, in methanol, ethanol, or chloroform. They are insoluble in cold water, benzene, ethyl ether, and acetone. They have a melting point of 73–75 °C. They can be stored at room temperature.

In chemistry, coprecipitation (CPT) or co-precipitation is the carrying down by a precipitate of substances normally soluble under the conditions employed.

So magentism assists this vax delivery system, a chemical is used to make the delivery more efficient still, and lastly this magnetic enhanced chemical field is increased in liquidity, using plastic in various forms to invade cells.

This may be why humans, cats and dogs are getting the same virus symptoms, as this voodoo brew is breaking down mammalian cells, to spread the infection of this spike protein. Think of this brew as God locked cells up like Fort Knox, but this vax is like a load of acid eating away the outer walls.

Naked SPIONs often lack sufficient stability, hydrophilicity, and the capacity to be functionalized. In order to overcome these limitations, polycationic polymer was anchored on the surface of freshly prepared SPIONs by a direct electrostatic attraction between the negatively charged SPIONs (due to the presence of carboxylic groups) and the positively charged polymer. Polyethylenimine was chosen to modify the surface of SPIONs to assist the delivery of plasmid DNA into mammalian cells due to the polymer's extensive buffering capacity through the "proton sponge" effect.

Polycationic polymers are known to disrupt lipid bilayers. In this letter, we report the dependence of this disruption on the lipid structural phase. DMPC bilayers ...

Polyethylenimine (PEI) or polyaziridine is a polymer with repeating unit composed of the amine group and two carbon aliphatic CH2CH2 spacer.

PEI has a number of uses in laboratory biology, especially tissue culture, but is also toxic to cells if used in excess. Toxicity is by two different mechanisms, the disruption of the cell membrane leading to necrotic cell death (immediate) and disruption of the mitochondrial membrane after internalisation leading to apoptosis (delayed).

I do hope you spotted the above in TOXIC. Iron is a poison if too much of it is in the body. That is what was killing the early victims of Coronavirus Wuhan was a form of iron poisoning in disrupted cells. Added to this iron poison is a chemical poison to speed up the process and in the last process, that too is toxic poison.

What is alarming in this is it takes a great deal of magnetism to stick a magnet to a vax site. The injections are not that iron laden, so these nano particles are transforming the human body. We know that electro magnetic frequency raises in people with the vax, but it appears that this vax is hijacking the natural iron in the body and concentrating it at the vax area.

What is a logical projection in this is, the magnetite is magnetic, so it is attracting iron in cells, and the natural human DNA, and it could be 3G, 4G and 5G is wicking to this area just like an antennae. There does seem to be a buffer like a magnet will only pick up so many iron filings before the filings act as a buffer. All the same though, we have not seen a shelf life in this, and the fact is they are not telling us they are using enhanced magnetic delivery fields to infect cells and all of this is toxic.

The one constant in all of this has been speed. Speed in vaxing as many as possible and speed that this vax infects the body. This vax replicates and infects the host in day with Corona like symptoms while infecting others with other bizarre manifestations in bleeding and clots.

Before this vax appeared all of these systems were experimental Frankenstein stuff, but this this vax killing more people than all other vaccines combined, without the synthetic prion and the voodoo brew, it is for a reason that those behind this wanted all cells open to infection and transformation. This is the platform the process which is in the Vax Lepers.