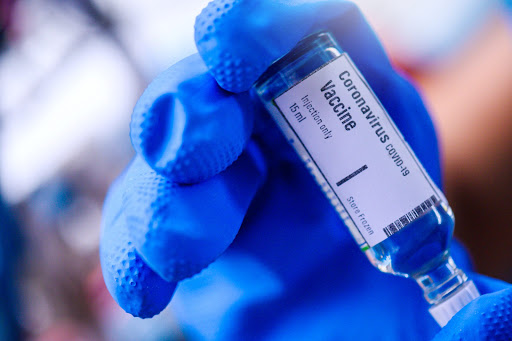 There is a misconception when the people warning of two years for this vax to begin culling people. Today is the last week of May.

Top Virologist Dr. Luc Montagnier Gives 2 Years
For The Vaxxed...And That's About It

VAERS Reports Over 227,000 Injured And Close
To 5,000 Dead From Covid Kill Shots...And VAERS
Admits Receiving Only About 1% Of The Events

Covid 'Tests' Are Contaminated With
Hydrogels And Lithium

We have been at this vaxing since April of 2020, that is over a year. In the trials there were tens of thousands of people who were injected from April to November, who were shedders of the synthetic prion.

There is a case of parents getting the vax, and their son dying from Covid. It was the shed vax.

So you comprehend this, Trump vaxing began in January of 2021 AD on a massive scale. As stated it is May 2021 and the claim is 160 million Americans have been vaxed. That is half the population having been injected with the synthetic prion.

It is not two years from today or yesterday, it is literally  a clock which began running full scale around March, two years is then March 2023 AD in the year of our Lord.

You still probably do not comprehend the projections in this. Dead is dead, the prion kills in 14 months. The two years is the auto immune burn out. It is not the succumbing as ferrets to wild Coronavirs strains in the next flu season as the test animals died, in months of exposure.

Think of this in symptoms. People do not begin feeling well in HIV, cancer, mad cow, long before the day they die. This is the troubling window which will appear and we will know as indicators begin manifesting. What should manifest is you the ReVaxNik will be blamed, just as Covid is being blamed for new cases, when it is the vax. We already are witnessing manifestations of this weaponized prion. There should be as is the cover for this Indian mutant strain which is pure propaganda, increased deaths which are the vax. Mutants will be blamed as the unvaxed, when it is the prion and the auto immune response overloading people's bodies. This will call for another wave of vaxes and forced vaxes when the case is people will be sick from the vax. Those are underlying causes of early manifestations in this 2 year window. So more and more people will become ill and die. That is what to look for in this. The marker of around early autumn.

In observing the vaxed, I become more troubled each time I'm able to study them, as they keep acting more out of the norm. We spoke to a lady we have known, older, and she was all sex, sex, sex when we were talking to her. She never in all the years we have known her, ever carried on like that. I'm seeing more aggression. This really is affecting the brain like intoxication.