The Colour of Jesus 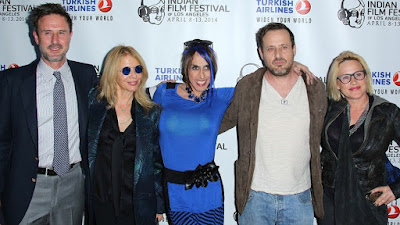 I'm always upset when the beautiful Rosanna Arquette starts spewing wokeism, as her family has been wonderful in entertaining the world, as David is such a nice man. Rosanna though weighed in with this recently about cops shooting Jesus for his skin colour.

What color of skin did Jesus have?

We know from Jewish historian Josephus, that Jesus was a most handsome man. There are accounts that his hair color was a golden brown type, much like the Arquette family. I found this mosiac on Wiki of a Galilean, and this is how they appeared, as did most Israelites.

We know that King David, a son of Judah had ruddy skin, meaning he was pink skinned and was red haired. Yair Davidy and others have traced the Lost 10 Tribes, which are still peoples in western Europe and that includes Australia, Canada and the United States in the Saxon peoples, reveal that the Israelites, which Jesus was a part of, were a variety of light skin tones and hair colors.

Egyptian drawings of the Hebrews, revealed hair colors from brown, to black to blonde and eye colors from brown, to hazel to blue. The Uncle of Jacob who was the patriarch who fathered the 12 tribes, from four women, two sisters and their maids from Chaldea, was named Laban. Laban means WHITE.

The reason that Egyptians could tell what Hebrews were, is because they were fair skinned. Caucasian, means like the Caucasus peoples of Asia, who are White.

If you read the Bible, you will find that the Disciples were from Galilee and Jesus was referred to as those distinct peoples, who the Jews in Jerusalem could tell by sight.

In the exile of Judah by Babylon, and the return of the remnant by the Persians, plainly states that three tribes returned, Benjamin, Levi and Judah in part. Modern Benjamin are Belgiums and Icelandic peoples. Those are a blue eyed and fair skinned peoples. We know from the Wiki mosiac that the Galileans were light blondish brown hair, light brown eyes and were pink skinned. Remember that Jesus is a direct descendant of King David, who was is reflected in the red haired Danites of Ireland and the red haired branches of Saxons or Isaac's Sons in Germany and Scandinavia.

I realize that Rosanna Arquette is making ignorant woke statements on race, but I appreciate her ignorance as it provides an opportunity to address this, because in all honesty, Jesus was a Caucasian, and He fulfilled a task of the Father in Heaven to restore all people to God.  The Anglo Saxons built their laws of one law for the king and the same law for all people. America was founded on the same inclusive justice. Yes nations have failures as do religions, but the ideals are not to be divorced from human failings. Jesus was White as were the sons of God. America's Founders were White, and the Rights they pledged their lives for, are like Protestant Christianity in equality of chance for all.

All of us are born equal, but all of us have failings which we are to work at in overcoming. We bring these failings to religion and government, but that does not make Faith or Patriotism an evil to be discarded, no more than Law and Grace are discarded because people fail.

If one examines the shootings in America, you will find that all races in police kill people of all races, and all races of people, kill police of all races. Just as when Jesus was on earth, the Jewish police and Roman police murdered Him, because of His race. The Jews wanted Jesus murdered to save their race and the Romans wanted Jesus murdered to save their race from Jewish riots. That does not make the Sanhedrin corrupt as Nicodemus and Joseph of Aramthea were just men on that court for the Jews, and Pontius Pilate was a just Roman who laid the blood of Jesus on the Jews.

I would that Rosanna Arquette had peace, the Peace of Christ in her, and all of these people had that Peace which passes all understanding, as BLM and ANTIFA would be not burning down their cities. for that matter the FBI would not be hunting down Americans for being put on lists by liberals for believing in Jesus coming back.

I believe the Bible and it says that the world will fight Jesus on His return and they will try and murder Him again. That will have nothing to do with skin colour, but it is evident that skin colour is what is driving this hatred of Whites in America.

What this all comes down to, is if people wanted peace, they would have it. People do not have peace, because their is an inner conflict in them and they are hating others in this struggle. People want to fight, they want to hunt down people, they want to murder each other, because it is inside them.

When we have entire nations, entire regimes, an entire world, seeking how to destroy themselves and each other, it is not about race in this aborticide, this is a people who will not commit suicide to end their misery, but long to cause enough conflict to have a police state give them an excuse to execute them. This is a burning plague of self destruction and it will not end until there are enough survivors who will make a majority who want peace and life, instead of conflict and death.

I hope the best for Rosanna Arquette as if you look at her family, you are looking at what Jesus and His family looked like, with the same good will toward others and hope for the best for all people.