The Liberation by Vax Leper 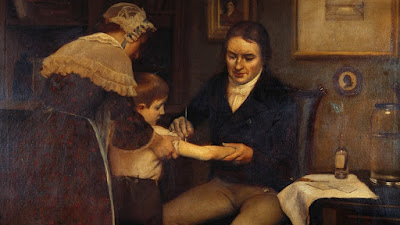 Be a good lad now matie, as don't you know survivors want your warm bed.

As TL and I were going for a walk on the other place in this mire of the wokesters,  the Holy Ghost illuminated my thoughts to understanding why I have been giddy, looking forward to these end times events, and it was because the Vax Lepers are going to liberate the remnant.

I'm entering into being the people I always wanted to be. In being the remnant, I'm going to be Davy Crockett, Daniel Boone, George and Libby Custer. I like every survivor am going to be free. The Elon Musk SkySat is not going to amplify me as I have God. No 6G as I do not have the synthetic parts of the vax or the coof mask Morgellons. With the world dead, the world fighting world wars, the world dealing with shit hitting the fan, the world dodging Wormwood, the police state world is going to be too busy minding their Vax slaves, than to be paying attention to the remnant, as once the martyrs are toast, the hunting will be harder and no one like expending energy on the hard to get mouse in the house.

If there is no police state, no one can tell the remnant what to do. No one can hunt you down, no one can arrest you, no one can cuff and stuff you. There won't be prisons because no one will be left to mind them, and no cuffing as all these federal employees are Biden Fauci Maxed and Biden Fauci Vaxed, and they are not going to be anything but zombie or ground temperature.

It will be like the old days in Every man in Israel did what he thought was right.

The savage world appeals to the human soul when civilization goes wokester which is Vax Enslavement. Those lepers who lined up to get injected, I sincerely appreciate it. I will in the next years have numbers of people I really adore succumbing to their decisions, but that was their choice, and I promise I will lovingly care for their livestock, vehicles, cars, and hunting dogs, as I envision a time when I will probably be like the 3 bears sleeping in Goldie Locks bed. I sort of doubt I will be eating the food, unless it is not perishable, but I look at this as a grande adventure in the entire world will be a junk yard, just like Junk Yard Guys paradise, and I won't have to pay for anything, just wander through seeing what great things will be there. Granted probably have decomposed bodies in lots of places, but that is what windows and hooking a rope are for.

I wonder if like the buffalo that a new evolution of predators, wild dogs, coyotes and wolves from all that meat laying around in what was wetware. That though is for the future and the ways to remedy that is as close as it used to be in not having to sign my Cherry name for the remedies.

By God's Grace I know why I'm so at ease with all of this, as  this is what I was born for, and I have been waiting around for all this to happen. My cousin and her husband like John and Jackie Kennedy, did not think they wanted to be alive to go through what is coming. TL thought, "What the hell, our pioneering parents didn't have ass wipe or climate control and they did not lay down and die. They thought they had paradise in coming to America as the world was theirs to exploit and no one was bossing them around.

So if people who talked themselves into this vax for being hardheaded, they will have learned a permanent lesson, because as for me, it is boots and saddles at the dawn.

For me I will be loving every minute of it, as I will figure the shit will filter out and I will have enough new adventures in liberty to make the days a nice dodge in the land of being something in between.

Loverboy - Lovin' Every Minute of It (Official Video) - YouTube