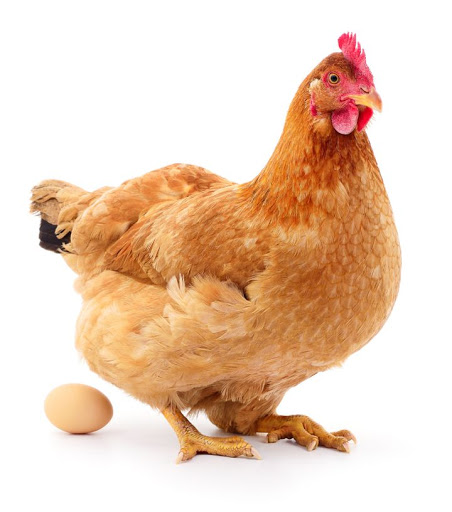 I came across a chapter in Lawrence Welk's autobiography which appealed to a kindred heart, as most of you will not ever be a celebrity and in that have no idea what it is like to deal with the public, which each of you are. It is as in a grocery store in you find all kinds in the aisles and in how bad things are in this world, there are more bad people than good. There are people who think they can snitch grapes or candy as they are "buying it anyway".

I once watched in passing an old arrogant prick, get caught by my friend who manages a warehouse grocery store, sticking a Bracht's candy in his mouth and knowing he was caught, called it a "sample". Tom just had the look on his face of what a jackass this guy was and smiled as he walked away.

For Lawrence Welk, he had his share of know it all producers and audiences with suggestions, but what he focused on were Stage Mothers. He had a number of women who sang in his band, and with them came a number of their mothers. He told the story of the worst in a mother with a "plump" daughter who had a nice enough voice, was non stop bitching about the billing, her salary, that she should sing opera (It was a polka band) and other demands, where Lawrence being German, thought he could pacify this woman, in taking her and her daughter out to supper, and coming to an understanding. Instead what he got was filleted with ridicule and the threat from this woman that the band would collapse without her daughter. Lawrence challenged her, and she made her daughter quit.

Years later Lawrence saw the woman, crying, and asking him why he let her ruin her daughter's career. Lawrence felt sorry for everyone, but what was done was done.

Then there was the 140 pound weakling, a Gilligan type, who was not the best musician, but he could roll one eye and wink with the other. So Lawrence paired him up with a 6.5 tall band member who rolled him out in a baby carriage, and the guy would sing baby songs. The audience loved it, but this guy could not handle limited fame even in a Midwestern band with hayseeds.

He was like the stage mother. Complaining all the time. Lawrence was not introducing him correctly, his songs were wrong, the band was wrong, the band stepped on his exit in starting playing. He was always threatening to quit, but Lawrence kept him on, thinking he would grow out of it.

Well in Iowa, after three days of 107 degree temperatures, Lawrence not getting to bed until 5 AM one morning after driving all night, and  taking a sleeping pill, the bitcher calle him up, Lawrence answered, the bitcher was complaining, threatened to quit and Lawrence said, "Alright. Goodbye", and hung up the phone.

The guy was back 3 weeks later, begging for his job, but Lawrence Welk informed him they both would be happier working with others. Mr. Welk made the point in closing that people who complain always complain, make everyone miserable and are best cut loose.

As I was reading this, I was thinking of dealing with people on here, who do not take time to read the archives to understand what is taking place here. They appear, never to help, with some information they discovered in a "mistake" they think I made, and having not a clue the reason for it.

I have tried to be nice and supportive of people who tried to get a break, and related some of their things. It always ends the same, they end up screaming at me for not featuring every worthless detail, they think as I'm poor that some dollars or cents is going to buy me, and then they are off trying to convince someone else who DELETES EVERY EMAIL AND CONTACT WHICH COMES IN WITHOUT LOOKING, thinking they are so much smarter than everyone on the planet in they can con them too.

I always advise, for those who think they can do this, to start a blog, and see how far they get, as it is work, and they will find out that people stalk them, scream at them, and never read anything because everyone is as smart as they are. I'm rare in I actually read things that are personal and I help in prayer when people ask. No one else does what the Lame Cherry does. All of your idols in the left and right dismiss you as slackers and never give you a thought as your value is ad click revenue and nothing else, unless you happen to be the right pissing post female or male to soothe the breast of someone as Rush Limbaugh ended up with his wives that way in he was lonely and they had the right come on to sucker him.

Everything on this blog is for a reason. If you think you found a mistake it was put there by God's Grace and all you reveal is how shiftless you are in not comprehending what is taking place here. It is like the squaw who thought she found my email, which was then forwarded to me, where she tried to sucker me to respond as she was a fan, which she was not. Instead this Indian from the east coast, and yes I know who people are, where you are, and all sorts of embarrassing things about you, thought I was a man, married to Sharon Tate, yes the one Charlie Manson offed, and I was this film producer and she was reporting me or him to the authorities for whatever her screw brain world conjured up.
I have had others think they found me, a female in Florida who threatened my children. No I do not have children, but this genius snooping around found someone else and thought I was that person, again a male.

I do a great deal of trusting in the Lord. I have  turned things over to God and He has dealt with people. When I started this blog, I informed God that a powerful person was threatening me and was mocking God in messages to me. Two weeks later, a health complication appeared out of the blue, the surgery went bad on a simple operation and the dude was dead. The blog was important enough for what God was working out here to deal with the situation in that way.

I have met some really nice people that are Family in Christ. I appreciate them very much. I have some people who donate a few dollars monthly, who never say a word to me, and respecting their privacy and the reality that spiders in the web come with contact with me, that I keep my distance for their sake. I never forget their steadfastness though and am thankful for them, because if all the brats who are on this site and yes the number is in the thousands donated as the few do, I would be able to stop begging for money as I would by God's Grace be able to sustain our lives with limited farming, instead of being maneuvered back into sharecropping which I loathe, but is how I started life.

We used to pick rock as dad grew lots of rocks in the fields with a Ford tractor, those little cute ones that nickel and dimed everyone to death, and it pulled this iron wheel cart, which was a tractor front with this little wooden bed on it. There are numbers of things I dislike, and one is picking thousands of pounds of rock and then unloading thousands of pounds of rock by hand again. Granite really tears the hell out of your hands.

I was looking at old Farmall tractors online and I wonder if that front is from one of them as they had iron wheels. I should walk by again and check that thing out, as it is quite novel and would probably work as some kind of wood cart for our wood burning. I would not get a flat tire on those wheels.

This though was about obnoxious people who are failures and either try to make their children into something to make up for their failures and almost destroying their lives as TL experienced with her pure as the dirty snow sister or they end up glomming onto celebrities in thinking if they can just fix those celebrities then they will have elevated themselves.

For those clueless, get yourself right with Jesus as that is the reason you are here as you are in worse shape than those you think you can piss on and bully to stand on top of them. And remember God sees what you are up to and if Lawrence Welk was not impressed who could not speak English well, then God certainly is not impressed with you, or He would have elevated you to the  thing you lust after, which is your real god.