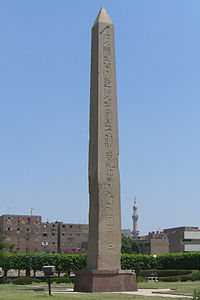 I am the beginning. I am the end. I am the emissary. But the original time I was on the Planet Earth was 34,000 of your years ago. I am the balance. And when I say "I" - I mean because I am an emissary for The Nine. It is not I , but it is the group. We are nine principles of the Universe, yet together we are one.

The Lame Cherry is about to enlighten you out of your ignorance in a way which you are not ready to deal with this information, but it is in preparation for what you are about to face, and either be carried through or be consumed in it. This poor orphan girl is about to introduce you to information which you have heard in the fringe, which has come from the lips of people who are well known and powerful. You will be made aware of the source of the deception which you are being drawn into by being kept off balance every day.

I have mentioned the vax, the fiberformers, the lords and the priests, baby and the apes, and the immortals, with the false tree of life. You are about to gain an understanding and it all begins with a little blind girl named Marianne Shenefield...

When Marianne Schenefeld was a little girl, she was kidnapped and transformed with abilities.  Her brain was activated where she could see later, though she was blind, but what she saw was the sound of colors, the ankh and perceptions in the inner space of aliens, who are not aliens at all, but demons as all abductees are in this great deception. This woman though was one of the most remarkable evolution of mankind in the abilities to see beyond sight, to program events and to alter people.

Her confidant, and muse, Joseph Martinez has revealed a most interesting story of this woman, who happened to mention the language in seeing hieroglyphics, of the difficulties of dealing with the nine as they were arrogant, and how the nine operated in a realm of dictatorial power.

The first known manifestation of the 9 was in 1952, as the CIA with Tavistock was opening the doors to mind rape, as it traced back to the advanced technologies when the German SS began opening doors to the occult, and all of this was transferred or possessed what was the America intelligence and military community, drunk in the "victory" of World War II.

It was an Indian occultist who began channeling the nine who it seems had been dispossessed in Egypt by Christianity and were inferior demons to allah the moon demon and the queen of heaven. The 9 brought with them a universal order and like a virus, infected numbers of the elite.

In December 1952, Puharich brought into his laboratory an Indian mystic named Dr D G Vinod, who began to channel The Nine or 'the Nine Principles'. In the months before Vinod returned to India, a group met regularly to hear The Nine's channelled wisdom. Never known for their modesty, The Nine proclaimed themselves to be God, stating "God is nobody else than we together, the Nine Principles of God."

They appeared at the regional le line of Heliopolis, the city of the sun, and the leading entity of the 9 was Atum Re, the sun demon, and with him came eight other demons. As Heliopolis was destroyed, and it's stones were used to found Cairo, the cult of the nine was disempowered, until whoever it was, opened the link to them again, which began the overthrow of America.
Conjecture on this poor orphan girls part is, this came from the cult of London who is involved in the overthrow of America is stolen elections and chaos and has seeded the Diana son into America with his quadroon wife. This is a remarkably powerful ancient order of demons, who are very much in control of America, and making genocidal war on their Protestant Christian competitors.

The Ennead or Great Ennead was a group of nine deities in Egyptian mythology worshiped at Heliopolis: the sun god Atum; his children Shu and Tefnut; their children Geb and Nut; and their children Osiris, Isis, Seth, and Nephthys. The Ennead sometimes includes the son of Osiris and Isis, Horus.

The legend explains that from the waters of the void or Nun, there arose a mound, Geb which was earth, and as the earth mated with the stars of the night sky, Nut, there was produced the children from this star seed, of Osiris and Isis, in Fertility and Death of Osiris and his wife and sister, Isis raises the dead god from death. Upon the earth as it rose from the sea, sat Atum Re, the sun demon, bringing forth the demons in this order of the universe an earth.

the world originally consisted of the primordial waters of precreation personified as Nun. From it arose a mound on the First Occasion. Upon the mound sat the self-begotten god Atum, who was equated with the sun god Ra. Atum evolved from Nun through self-creation. Atum either spat or masturbated, producing air personified as Shu and moisture personified as Tefnut. The siblings Shu and Tefnut mated to produce the earth personified as Geb and the nighttime sky personified as Nut.

Marianne Schenefeld had evolved abilities and if you remember NASA's faces on Mars, an a number of other stories which have reached you, she was the source and it was her abilities which viewed them, in most instances correct in the energies, but like the CIA, just enough incorrect to drive forward the coming revelations of Jesus was nothing special, but you are, as you are a star child, or your parents were the beings which came from the stars.

If you desire to watch what is the basic story, watch the last episode of Edward James Olmos' rendition of Battlestar Gallatctica. You will see "humanoids and transformed cyborgs, arriving on earth as a mother planet, and founding a race here of higher humans, replacing the Neanderthals, or in the channeling, the blacks were hear already, but are to the stuff of the children of the stars.

But The Nine's influence does not extend merely to New Age channelling circles. Andrija Puharich, James Hurtak and Richard Hoagland have all lectured at the United Nations in New York. And individuals connected with The Nine are also known to have influence with Vice-President Al Gore. Of course, if The Nine really are the ancient gods of Egypt, then surely there could be fewer more significant events than their return. One may be justified in thinking that the more leading politicians who fall under their influence the better; but are they really the ancient Ennead of Egypt? Can it be that they have actually returned to sort us all out, scattering love and enlightenment from their high moral ground? Tom, in The Only Planet of Choice, chooses his words carefully as he explains that all the races of the Earth were seeded from space-gods - except one, the "indigenous race", the blacks. He is very careful to urge us not to make an issue out of this. After all, it's not the black race's fault that they have no divine spark like the rest of us.

The 9 do not supplant the former archangel lucifer, but are in consort. They rose Egypt to superpower status from the mud of the Nile. If you remember the sun god Nimrod, a mighty hunter of men, an his wife, Semiramis, who immaculately conceived a child after her husband was dead, you are tracking this Babylonian mystery religion cult, which tracks into the Vatican as Jesus the Christ terms this pagan cult, the whore of Babylon.

As you have thought it insane in the FBI hunting down Americans, the erasure of Americans, the bankrupting of America, there is a method to this madness in this wokester world as it is a possessed cult. These are not communists, and those at the DIA who put out the Q fiction, know this is not communists, but this is a power structure of the nine power structures at this time as they are anti Christ in they lie in stating God does not exist, only the nine foundations do. Scripture warns that the very elect if possible will be deceived in the message coming, and this is generating in prion brains to hijack a combined intellect to produce the immortals who will enslaved by the eternal demons as immortals can not die.

You just have been enlightened to what is going on behind the curtain. No matter what you see, hear, think or experience, you keep repeating that you believe Jesus. You have been warned.