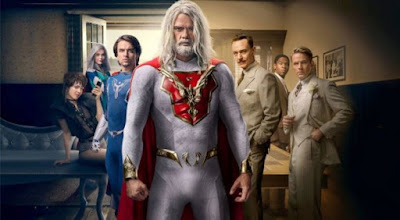 This blog published a comparison between the US Sec Def and the military leaders of China and Russia, and while the Pentagon is at war with purging it's own troops and jabbing civilians with vaxes, the Russians and Chinese are honing people to kill Americans in quantity.

The following video is a perfect example of the woke US military.

Thee only saving grace in this is, that US technology may succeed, as in a numbers conflict of soldiers to soldiers on dry land, the United States would be checked by China. The same is true with Russia.

For the real scenario, if Russia decided to go on a four front battle from the Mideast, to three spears into Europe, they would drive the United States out of the Mideast and in three weeks be sitting on the bloody Rhine. Russia can take near Asia and Europe. Holding them is a different story, but Russia would whip the woke Pentagon, as Russia has systems which can negate US technology in there SAM missiles.

China, which is being drawn to the ocean, is a different matter. China has horrid systems and stolen technology. The US can destroy that. If China though would move into Korea and south to Indochina, focus on taking Australia first, and using atomic mines to blockade the Pacific of travel, then the reality is American firepower in a land war would be consumed.

A fat American cunt does not defeat a hard Russian or Chinese cock. That is why the 1% has deliberately castrated the US military and is driving out the men who would fight.

If the United States can make Russia and China fight American wars, as they already manipulated both to rely on technology and not numbers, then Amerika would gain victory. If though Russia would do an end run,, which Germany would not, as the Viking pointed out in this article,

That Time Hitler’s Girlfriend Visited Iceland and the British Invaded

Then Russia would have the Atlantic, crush the English in that Harry and Megs staging area, and making peace with Germany and Austria first would end the bloody Rhine and force France to capitulate.

In that order of battle, China staying on land, would make the United States a fagsexual military without any trading partners and long wars without fiat dollars to fund them fought out of Africa and the west Pacific.

Fat cunts in America do not defeat hard Asian cocks.