being in the desert with a horse with a name 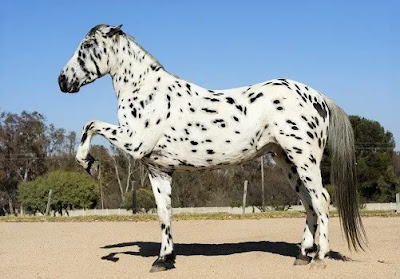 It was the winter of 1968 and 1969 in America which marked the end of the family farm and the engineered creation of agri business in America, for it brought about an epic period of heavy snows, meaning moisture, and when the 1970's appeared with Nixon fence row to fence row farming, farmers as in the Woodrow Wilson and Herbert Hoover massive production to profit off of World War I, ended Idle Acres in America, and farmers went into debt on massive loans of cheap money, which bankrupted them in the massive drought which peaked in 1976.

I would suggest that you rich geniuses copy and print that up, as this is the last refuge of facts and information which exists, because all you have now is the ZeroHedge spewing headlines of the here and now, without any existential knowledge of what trends are.

When Thomas Jefferson made the Louisiana Purchase in the early 1800's and sent out scouts, reports started coming in that there was nothing west of the Mississippi River but a desert. That was the fact and modern scholars have no idea in what they are reporting, because there was an almost 500 year period, before America was America, that the American interior was a great desert in a mega drought which lasted centuries.

The act is when the Vikings settled in the United States, the interior was still very wet to the years after 1000 AD in the year of our Lord. The Great Plains were still being fed by glacial run off in a perpetual steep. It produced the Mound Builders who have disappeared, and what appeared later when the Sioux and Apache invaded from Canada, were a Mongol people who were savage and barbarian. They entered this region, and began to spread. Tribes as the Pawnee, Arikaree, Hidatsa were genocided by the invading tribes, not Americans. Americans saved these peoples by their coming, but the fact is these peoples lived by the great rivers, and in small numbers because it was so horrifically dry on the plains that it could not feed numbers of people.

What happened as the drought ended, was a massive repopulation  of food species, meaning the buffalo and the Spanis horse. They were perfect animals for this grass region. From that point on though in the 1800's to the present, there were only two drought cycles in the 30's and 70's. This region never was wet, but it received about one inch of rain every 11 days with enough snow in winter to produce wheat and other small grains. 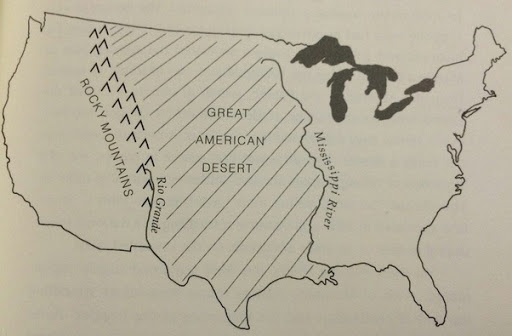 The term Great American Desert was used in the 19th century to describe the western part of the Great Plains east of the Rocky Mountains in North America to ...

For the fact in this, the past 20 years, HAARP has been used to create a massive Obama wet zone in the American interior. This soil which is clay gumbo and sand, is not built for wet. It turns into snot when it gets Ohio wet. It has been wet there, farmers have bit on the cheap money again, Monsanto produced crops which would produce in drought and what has followed is this epic financial disaster in the West for farming and ranching.

The grass in America here goes brown, or goes dormant when it becomes dry like this and turns green at the first showers of rain. It is the way it survives.

The propaganda has started though as the USDA is predicting food prices will rise due to grasshoppers eating everything. Well if they had not killed all the birds off with 5 G and insecticides, there would not be a grasshopper problem, as this region always had grasshoppers. Locusts are a different story. So before you bite on the Durden Bros parroting of propaganda, understand that this is an appeal for a massive spending by farmers and ranchers to spray hoppers in enriching Big Chem with more poisons on the land.

HAARP could produce 3 days of cool weather and rain and this would end the drought and kill every grasshopper and egg, because that is what kills hoppers is cold and wet weather. Those who are of this region can attest that you can have grasshoppers one week and if it gets that set of weather, they all die out.

If you have ever heard the Cicaddas of the East you will understand what grasshoppers are on the Great Plains. There is not a July and August which one could not hear them singing in a constant symphony. There are so many different species that God created in that region to feed the birds, and they used to be gathered by hungry Indians, that it is a wonder, as there are green, red wings, black wings, yellow bodied.........all different hoppers. The photos are now gone, but when wheat and oats were harvested on the plains, you used to have so many hopper parts in the bins that you thought farmers raised hoppers.
Yes grasshoppers used to be in dried parts, shipped to market and ground up in your Cheerios as it was just more protein for growing Caucasian children. 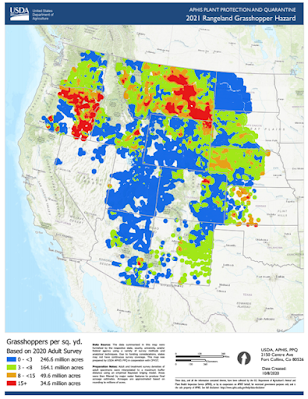 This drought is one of design. If you rich people remembered, this blog predicted this was going to be a hyper drought year, and it has with high heat. Even in the Northeast, as that is where the media is, and the population still has to sell propaganda for steering America to the East coast.

Is it dry out west and brown? Yes it is, and it is just an amplification of the normal dry cycles of the Great American Desert, compounded more by these massive HAARP infernos created in areas where populations are being moved out, as this blog said was being engineered.

Areas of America are being opened up for re colonization. This has been promised by the 1% to China, but the 1% has about as much use of vermin Chinese as White Christian Protestants, so do not expect Chinamen to be jacking off in your beds either.

This is about getting rid of gun owning, WCP, who create beef. Gee this blog informed you of that as Pedophile Bill Gates had funded test tube meat for you to buy. The rich will still get their real beef on the hoof, but the vaxed will eat tube meat out of a test tube as that is what synthetic forms like and lest you forget that is what is necessary to open up those beautiful areas of America to become private wanderings of the immortal 1%. This group has been growing predators for generation to kill off things and that means people in the end in economics.

So that is the explained version of grasshoppers and drought. The natural cycle of drought has returned, because God made it wet in the West when American Protestants started building Churches to the Lord Jesus Christ. Those religions are not dick up the ass sodomite and the environment has responded to hot as hell. HAARP has kept this at bay for setting this up, and now HAARP is allowing this drought to be unleashed so all this land will be owned by the 1%.

It is being in the desert with a horse with a name.

You reich rich better start donating as your lives depend on the information here.