Trump Will Not Be Reinstated In August 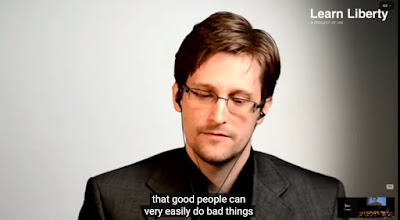 Each of you needs to step back and not be drawn into this latest Qanon spew which actually involved itself with the murder of John McAfee in the Q appeared on his page after his death.

When you see General Michael Flynn warning of a "coming event", you must start assembling the data and examining it, not in your prejudice or bias, but in your self protection.

In the below links from Rense, you are reading the neo spew of Biden is going to be removed now for failing. Yes there is an Obama 1% move to remove Pedo Joe and install Kamala. You have been warned here that Pedo Joe is not going to go quietly into the night. Biden wants to stay and Biden wants a Vice President who is not Kamala to ensure the Biden legacy of protecting Hunter Biden.

Biden To Be Removed From Power After
Failing70% Vaccination Goal By July 4th?

Dr. John Coleman - 4 Billion 'Useless Eaters' To Be
Culled By 2050 - From His Brilliant Book 'Conspirator's
Hierarchy - The Committee Of 300'

Look at the psyops. The Vax Gestapo is coming. There is pressure on Americans, and in order to get Biden gun control and Domestic Terrorism which Merrick Garland has signed off on,  there is going to be a large event as Mike Flynn is now speaking of. This will not be a lone event. Edward Snowden is speaking of cyber attacks. Those attacks are design to further cause shortages and drive up prices in order to keep up the distractions for each of you.

This Lame Cherry again advises that each of you behave. You obey the laws, you pay your  taxes, you get off of social media, and you  turn off your damned cell phone which is making a record of everywhere you go and what you say and do.

Events are cover for what is already planned. It is a part of life, so shrug it off and do not be drawn into any of this.

There are designed psychological events which will appear.  It is not an accident that Q appeared on John McAfee and zero accident that none of the Qanon group has been tracked down and arrested as they are Defense Intelligence.

Your bridge is to look to Jesus for the foundation of Truth and not doubt it when the Great Deception appears, make certain you have the requirements of life in food, shelter, water, clothes.

So you be a good person who does not do bad things. That goes for FBI as much as yourself.

The surest sign that Trump is not going to DC is Jared and Ivanka are no longer in the inner circle. If he was going back, Ivanka would be doing her gender thing again. What would Trump do if he was in DC? Nothing he was not doing which was nothing which was not ok'd by the DIA who managed that White House.