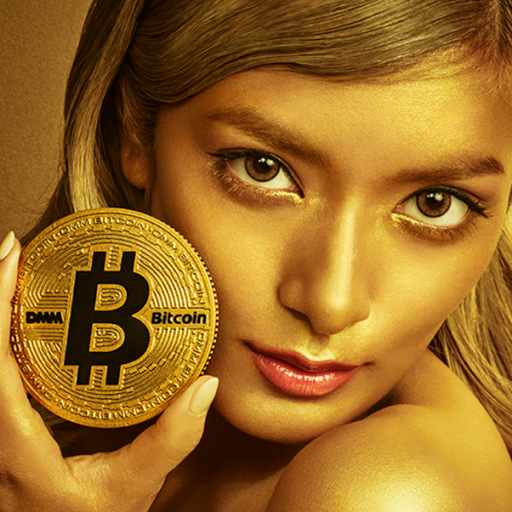 The recent Clif High plunge in the cryptos was according to Jeff Rense the opportunity for the banksters to get into cryptos.

Now why would this price drop be? It is because those behind this do not have unlimited funds to take control of crypto and it is important that the crypto oligarchs do not have the funds to make them competitors.

What is the worth of a billion dollars of bitcoins in the hands of normal people or the infusion of a trillion dollars into the fund by the 1%? Who is then in control of the funds, you or the 1%?

The cryptos make no sense because they make no sense,  They can not be explained reasonably in block chain, because it is all an illusion.  The "creators" of this painted this as you could do this and earn this, and that is not how all this "value" appeared. It was Dick Allgire intelligence connected types who invested ten grande into a piece of the coin, and then held it at 50,000 dollars. Clif High is correct, this "currency" runs through definitive cycles of peaks and valleys. That is not natural, but is a series of human induced spikes in moving platforms to increase values as what started out as fiction in 1 coin is now a fiction of 1 coin worth hundreds of thousands of dollars. That is not value increase that is speculation.

So anyone can buy 5 dollars of bitcoin. Yes anyone can donate here, but 5 dollars is not jack or shit, but when it is 5 dollars in the Roaring 20's in dipshit kids buying stocks on margins, you get a deliberate engineered 1929 Crash equal to the Dotcom bust which was another bubble. A bubble generated by manipulation by the 1%. You got enough morons investing 5 bucks and a billion of them is 5 billion dollars. They do not get the 5 billion, but in the next wave in this speculation, the 1% does not do what Dick Allgire does in holding onto the coin, but instead cashes in, just like the stock market and leaves the 5 dollar investors with the same Ponzi Scheme of now their coin is worth 25 dollars, when it was worth 50 dollars, but hold onto it as your money is being used to make others rich, just like zero interest loans funded the NSA fleet of cyber spy conglomerates from Amazon to Facebook.

The quotes in the propaganda below read like a Marxist flier. Investors of the world unite as your have a boot on your necks, you are a slave, you can buy your freedom if you just buy a bitcoin to reset your world. Yes you can buy a Playboy and poke a hole in the centerfold and shove your cock in, but you are still not fucking a centerfold, you are just a desperate troll being a pervert. You are not buying a woman, your a buying a fiction and when you buy a bitcoin, you are not the proletariat striking a blow against the bourgeoisie. You are still in the same financial gulag with Communists in the camp and Nazis outside and you are the fool in the middle.

I have offered previously what is taking place. The 1% in the late 19th century conned American financial traitors to back a war in Europe against competitor Germany. It took 20 years but they got the war. America was promised the ransom, and Hoover for President Woodrow Wilson opened the agriculture production to feed ravaged Europe. This victory caused a bubble in America which fed Europe, in which Germany unleashed hyper inflation to wipe out it's war debt and reparations to the winners.

German elite wiped out the middle class, but the elite became rich, and the speculation which drove Germany forward was money dumps of American loans into Europe which collapsed Europe in 1929, and began the process of the next world war.which America was again the bank vault, until the British stole it all back at the end of the 20th century.

America has massive debt by design from the 1%. The only way to balance this so the 1% can keep all they stole is another global war and hyper inflation to make the American class dependent upon the regime. The English will again be in a position after the massive death to rule over the ashes and have all the gold for their immortal pleasure.

There is not enough gold in the world to deal with quadrillions, so the answer is a fiction of crypto coin which do not exist to base value upon, set by those in the 1% who created this fiction, to rid themselves of competitors who use cash. The unreported cash market on this planet dwarfs the reported taxed market an the black market combined. Control all e currency, charge for every transaction and the fortunes are immense and every non reported transaction, becomes reported and the control is complete.

Crypto is getting on the slave ship and buying your own ticket.

If banks, pensions funds, hedge funds and sovereign nations funds think crypto is a scam, or is pie-in-the-sky, or is a bunch or hooey then WHY-OH-WHY do they hound one of Bitcoin’s richest men and most knowledgeable Bitcoin holders on the planet, Sam Bankman Fried (worth 8.7 billion according to Forbes Magazine), to “help us — please help us?”

Well, lookee right here! And, yes, you should care.

Fireblocks Network is the largest and most active digital asset transfer network for institutions. And what did they just do?

They have just integrated crypto.com into the Fireblocks network!! This gives some of the biggest global banks, liquidity providers, OTCs, hedge funds, and asset managers in the world full-on access to the cryptosphere!

Why should you care? Because all these institutions are preparing for a change. Will you?

All is not hopeless, we are not powerless, we can “reset” our own finances, be it little or lots, and break out of the slave-matrix created so long ago to hold us down while they step on our necks.

Do you know where the term Two Bits, Four Bits etc.. came from?

It came from a time when the crown dumped money into colonial America, which attempted to establish an economy and trade, but nothing worked, including rum runners to the West Indies. What took place was the crown, the Catholic church and the rulers, would get in gold specie, but all America had to trade was beaver skins. Soon enough only those in power had the gold coin. As one gold coin was rare, and no one could afford them............like a million dollar bitcoin, the people started dividing them up into bits or pieces to buy things.
Bitcoin is the same rare coin inflated into rarity as you can not afford to own one, so the scam is to divide it up into Satoshi.

What is that shit? Well it is not a penny as in 100 pennies make a dollar. No that is not a big enough scam. Instead this division is divided into 8 decimal units or 1 bitcoin can now be purchased in pieces of 100 million times. You do the math, 1 coin worth nothing is now worth 100 million times. Gee that sounds like hyper inflation, but as it is in the webware, it is not affected by markets, but it affects the markets because it is sucking in all of that Bidencon debt. 1 bitcoin will suck up 100 million times it's worth in Dollar debt like a sponge. This is a Ponzi Scheme exactly as took place in Germany and exactly as Franklin Roosevelt stole all the gold from Americans making them slaves of the war state.

Convert Satoshi to Bitcoin and Bitcoin to Satoshi Calculator

One Satoshi is the smallest unit of Bitcoin, each Bitcoin is divisible to the 8th decimal place, so each Bitcoin can be split into 100,000,000 units. Each unit of bitcoin, ...

Expect the time when currencies jam for Bitcoin value to be reset and you won't be left with jack or shit. It would be logical as in the Dotcom bust that the bitsers will be left with the debt in negative trade and have to come up with the margin, which will wipe out all those glassy eyed rich bitsers.

In time by God's Grace the Lame Cherry will be proven right on this again.