OK so the specific areas of the West Coast are about to be engineered by HAARP to be extremely hot again.  The Lame Cherry thought that your rich non donating posterior might appreciate knowing your coming demise. You don't see it. Not with all your money, luxury and thinking position of power. That would irk me in knowing that God chose someone else to reveal things to as common as blinking as that is what my life is like.  The Lame Cherry knows things.

In the above heat and drought projection, you will witness a definite pattern, or you probably will not. What the above is Whiteness under erasure, liberal and Conservative Whiteness. Californication Whitness polluting the Pacific Northwest, Idaho and the the 1% of the zone 5 of the Flatheads.

Heat, no water by design and a beautiful region created by earthquake and volcano paradise. For some reason the demons and their big foot beings reside there.

Here brilliant ones, study this map of winds for this heat wave. Air is pouring into the coast. That air is from the Pacific, the Alaskan Pacific which is quite cool even in summer. Jacket cool not 100 plus degree hot.

For the record, the interior adjacent to this high heat is not 100 plus degree hot. It is impossible in these conditions to elevate temperatures past 100 degrees normally. 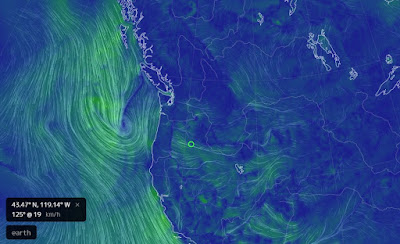 This is bigger than Jeff Rense in food shortages by creating water shortages for crops. This is about what is in the non affected areas, as remarkably again this heat ends at the Canadian border.

Do you know what else stops at the Canadian border? I will answer in rich genius vocabulary in rich Chinese colonists, who also in PLA infected the Obama northwest with the Coronavirus weapon.

The 1% is drought purging Whiteness out of thee American West Coast in the same way the liberal shit holes of California brought overthrow in population refugees flooding out to former Reagan Blue States. The same remedy being employed in mask states and you remember Governor Kristi Noem your Corona Queen champion was inviting all those rich liberal refugees to a Republican state to flip it red, but then why not as she kept open the Chinese PLA slaughter plants killing off her Whites and Reds as Chinese colonists are nationalized to replace erased Americans.

What the above map shows is an effort by HAARP drought, cutting of water in key sectors, which will by thirst and mask create a refugee depopulation. What you are looking at is a Chinese invasion platform, this will be legalized invasion as just like no one is showing up for work, no one will be living in these houses and sleeping in these beds. It will be necessary US 1% policy to accept the Chinese surplus to fill the population and economic zones being force vacated now.

Vancouver Has Been Transformed By Chinese Immigrants : NPR

Jun 5, 2019 ... Chinese immigrants and investors have bought businesses and property, made ... About 20% of Vancouver's population now identifies as ethnic Chinese. ... says Henry Yu, a historian at the University of British Columbia.

Amazing how the map starts at the Mormon Mafia border just like China Canada. You were warned of this fanaticism and it is being implemented on the rich bleaters.

Yes go into denial, but know this, you rich either donate your past thievery to this blog or the future tense is in your erasure, your replacements are going to be spending your money, shitting in your toilet as you can't take it with you. 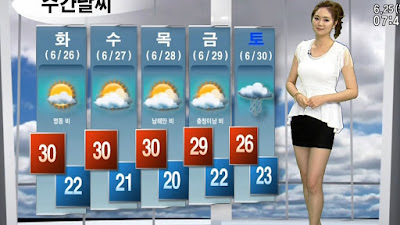 Oh, the 1% is promising the Chinaman a great deal. There is not any intention to pay.

Most Extreme, Prolonged Heat Wave In Recorded
History Begins In WA, OR, ID - All GeoEngineered
Many Average Temps To Be 30 Degrees Over Normal

This Is The Primary Cause Of The Brutal
Heat In Pacific Northwest...