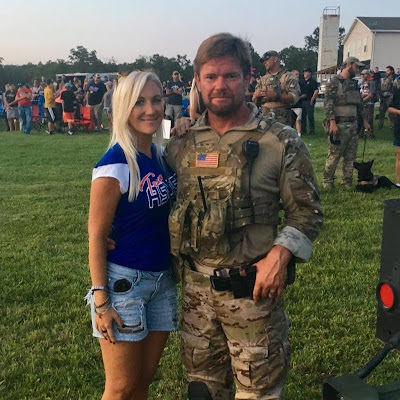 Makes you admire Delta Force in how they spread Blondes

If there is a Delta variant, which only has a runny nose and headache like the common cold, then it  arose from the human petre dish of the Ganges vaxes. Delta appeared because of widespread vaxing and the original bioweapon responded by spreading easier to survive and being less deadly.
Other than that, it is only the vax where the immune system has been suppressed and the summer cold like polio is now and emerging event.

Also emerging is blaming the ReVaxNiks and driving up prices by Guangdong nuclear plant meltdowns and Delta spread propaganda to cause another drive up in the prices you pay, just like the Suez incident. This is all about global economic warfare against you, the Protestant Christian.

This from Durden Bros

But the latest problem in Shenzhen, the world’s third-largest container port after Shanghai and Singapore, is making the difficulties even worse.

The shipping delays are related to the Chinese government’s stringent response to a recent outbreak of the virus. Shenzhen, a metropolis of more than 12 million, has had fewer than two dozen locally transmitted coronavirus cases, which city health officials have linked to the Alpha variant, which was first identified in Britain.

Shenzhen has responded by ordering five rounds of coronavirus testing of all 230,000 people who live anywhere near Yantian container port, where the first case was detected on May 21. All further contact between port employees and sailors has been banned. The city has required port employees to live in 216 hastily erected, prefabricated buildings at the docks instead of going home to their families every day.

If these delays continue, "the impact would be bigger than the Suez Canal incident," said Patrik Berglund, chief executive of Xeneta, an ocean freight rate benchmarking firm headquartered in Oslo.

So the 1% is disrupting the supply chain again with this farce. You were told another variant virus would be blamed and you the Unvaxed would be blamed as Kamala Harris sends out Woke Troopers to bang on doors and harangue innocent people. Like that Filipino nut, Dueterte jabbing people in the ass and jailing "vax deniers" as his latent queer is on full display.

The coronavirus variant that drove India’s devastating Covid-19 epidemic is the most infectious to emerge so far. Doctors now want to know if it’s also more severe.

Hearing impairment, severe gastric upsets and blood clots leading to gangrene, symptoms not typically seen in Covid patients, have been linked by doctors in India to the so-called Delta variant. In England and Scotland, early evidence suggests the now-dominant strain carries a higher risk of hospitalization.

Delta, also known as B.1.617.2, has spread to more than 60 countries over the past six months and triggered travel curbs from Australia to the U.S

This is the vax causing this. It is spread by Darwin candidates taking the vax. That is how it cropped up so fast and the cover is calling it a variant. The 1% propaganda machine has been lying about all of this from Day One and this hysteria of maybe, could be, might be, probably is more deadly is just more lies for the gullible. How can then inject babies if they do not have more hysteria forcing parents to inject their children

This chit is boring to me. It seems to be a miscalculation by the 1% in I see no masks in the brier patch any more. The Vax Lepers are all looking old and tired, but now have believed Fauci that the vax emancipated them from death and they have stopped listening. So the 1% will be able to force vax children for school and babies, but most people are not paying attention to the propaganda that they need more shots as they are lying to themselves that they are safe.

Time to move on.