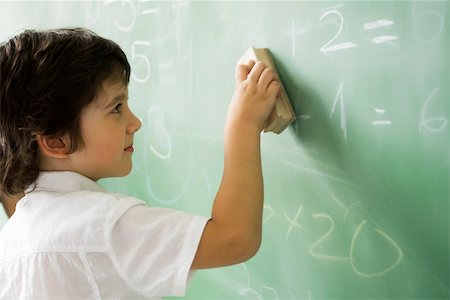 In a world of DIA dominated Mockingbird propaganda, it is difficult to not yawn at the CIA's clumsy efforts over at National Review, where wasn't it Jonah Goldberg was bitching at Texas for liberating people from masks.

But there was data in the National Review which was revealing, but of course it was half assed wrong. The data was the bad data for Pedo Joe's Regime as this is what this is all about in the workings of stolen election creating America into a rather Anti Nazi State (that would be anti Hitler economic policies as under Hitler the German middle class was protected and enriched, but in America it has been finally obliterated under Biden after Obama and Trump.)

Germany under Nazis had the rich Conglomerates being fed money directly by the government, as Germans had a good lifestyle, as slave labor like Jews were not imported into Germany and Austria, but Germany annexed other nations and used that work force for cheap concentrated labor. That was the secret of German financial success.

In America, Whites and Blacks are replaced by Tanskin Indians in technical jobs and Tanskin Mexicans in manual labor, as robotics replace all. China and Indian imports provide the goods while massive debt provides the goods.

What Pedo Joe Biden is overseeing is the collapse of the world economy by the 1% as aided by the Chicom Wuhan Bioweapon funded by Fauci and Obama. What National Review gets wrong is the inflation on food is only 2.2%. That is a smoke and mirrors data as the food is over 10% inflation, but has been curbed because EVERYTHING IS GOING INTO SMALLER PACKAGES. So a bag of Doritos which was a 1.79 in a large bag is now 2.50 a bag in a bag half as large. That is how food prices are being kept low and it is all a fraud as America is driving toward Wiemar Republic inflation.

The border-patrol agency also noted that it is being forced to conduct significantly more rescues, because smugglers are abandoning their clients in remote and dangerous areas: “In May 2021, CBP conducted 7,084 rescues nationwide, and CBP has rescued 35 percent more individuals in Fiscal Year 2021 than all of Fiscal Year 2020.” Unfortunately, CBP can’t always get there in time. The number of migrant deaths at the border — mostly from heat stroke and dehydration — have tripled compared to last year, and we haven’t even gotten to the hottest months yet.

Right now, the Biden administration looks like that little cartoon dog in the burning building, insisting “This is fine.”

When June started, I reminded readers that the beginning of each month brings at least three updates to government data that can support or refute the Biden administration’s arguments that its early policy changes are working: the monthly unemployment update, the U.S. Customs and Border Protection update on encounters at the southwest border discussed above, and the Consumer Price Index (a key indicator of inflation).

The jobs report for May was middling to okay — like that 3.6 Roentgen reading in the HBO miniseries Chernobyl: “Not great, not terrible.” And this morning, we learned that the inflation numbers were even worse than economists expected. Economists had braced themselves for a 4.7 percent hike in May, which would be the highest since 2008.

As Phil Klein warns, “in the face of growing signs of inflation, many people — including the ones who happen to run our nation’s fiscal and monetary policy — aren’t taking the current threat all that seriously.”

Invasion is now rescue as America is being overwhelmed in the Obama Utopia of White Erasure and Black Spot Out. America is adding in competition to poor Muslims, Whites, Blacks and Native Indians, a million plus subsidized Cattholic, Lutheran and Jewish charities vermin from around the world. These are being dumped into housing, taking jobs on kickbacks that Conglomerates do not have to pay Social Security for, and soaking up all things cheap like used cars, which Americans need as they burn up more gasoline.

Only this blog warned that these foreigners do not eat American food. It is why the Minnesota and Michigan cereal franchises are in trouble as much as milk, because Mexicans do not eat Cheerios nor drink milk. These foreigners are destroying the farming culture in America.

This is across the board as foreigners use cash. They eat things which cost more to produce like peppers which require more water and they will not eat American yellow corn. They are altering employment systems and ruining the employment structure. These people do not buy things made, they scavenge off of others, competing with poor Americans and in the end, they do not employ Americans locally in paying their electric bills or adding to the tax structure. That money flows to the conglomerates and that is what the National Review data means, as they are too propaganda to understand it.

Jobs are not created. Those jobs were waiters and waitresses and they are not employing Americans. It is Bidenback invaders.

I have not inquired on this as no time, no donations, mean I do not have energy to concentrate, but those who do, are saying this will keep moving on stock market trends up, into July. I really think a shift is coming though after that as this inflation is not something without effect. It is sucking the money from those who can not afford it and that is most people. The rich just claim to be poor and keep filling their gas tanks, eating delivered pizza and taking trips as the money is always there, but the mass of reality poor is what drives any economy, and these invaders are sucking their wages back to the rest of the world, it is not going into America to give you a wage.

We are at a tipped point as Kamala Harris was thrown to the wolves by Bidencon and told Latin Americans to stay home, that they would be turned back. The destruction of American fabric is completed though and this went on under Donald Trump as it did under Bush, Biden and Obama.

People are already not spending money. That means rebate checks from the regime. Our debtor economy is glutted and the 1% will inflate this out to get that money, either by vax force, inflation or you in the grave in seizures of dead people's assets.

So inflation not spending money,  still means money is being spent, but it is focused instead on what has to be paid and then the rest is considered a luxury or I can be cheated out of donations, as that is the way things work. Lame Cherry is expendable until the troops show up and then it is, "Gee I wonder how the poor orphan girl would have stopped this".

Erasure is going to be engaged in, in many form. from inflation, to invasion, to vax transformation, to war. Only this blog has explained this and others are too timid to repeat it. this is about immortality. The 1% can not have 99% of you immortals, thinking immortals. They can create a zombie slave class which will serve through the blackmail of either you rot and do not die, or you get your vax to not rot, so you can live an immortal slave. You are competitors and sooner or later one of you is going to form a group who will figure out how to make things nasty for people who can not die, but can be locked into something and be destroyed. Yes the immortal war would appear, and the 1% understand this, so they need to eliminate God's Chosen White Protestants for starters as they are an Inspired Spiritual race.

The 1% as immortals having a world of slaves to serve them, and the resources figure they will live in luxury of earth resources until the sun goes dead, and then they will have their spacecraft take them to a new immortal world to be immortal on.

I believe Scripture in the 1% get the false tree of life wrong in this transhuman DNA and they start rotting in not being able to die, but they have the control to force the end of the United States and the world and they are driving this forward.

I reside in the future so I get bored with the present in this vax stuff and things I can only cryptically speak of, so I take you to where this is going, rather than roll around on the corpse of what is like a canine.