My Bro is the Traitor General Mike Flynn 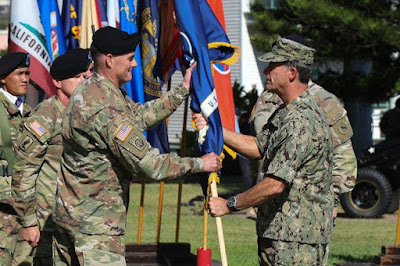 You know my Bro he is non Woke

Now you know this blog advocated for General Michael Flynn in his defense and his pardon, and recorded what Patrick Byrne revealed about General Flynn trying to stop the election theft, you remember Martial Law and things like that.

You may remember the FBI's Pipe Bomb Person, really knew where all the cameras were, knew how to get around without GPS, knew how to build bombs and not get caught, carried themselves well like a DIA trained special forces person and the FBI can not find this person who looks like a military specialist and whose actions invoked the Patriot Act to hunt down Americans, but not Michael Flynn.

Michael Flynn was hated by Obama, or was he? Obama told Trump to fire Flynn, instead Flynn allowed himself to get set up by the FBI to start Russiagate and Robert Mueller, and Mike Pence got Flynn then fired, the same Pence who helped install Pedo Joe Biden.

Now none of this is conspiracy theory, all of the above a factual MSM recorded events. Americans are being fired, kicked off of airplanes, being asked by the FBI if they knew anyone who went to DC on January 6th..............but no one seems to have asked Mike Flynn's brother,  General Charles Flynn if he knows of any people who were at DC on January 6th, because in military security, a General in charge of the entire Pacific Army arrayed against China.......which spread the Wuhan virus, which helped install Pedo Joe with the Pentagons consent, would probably be passed over for promotion and command.

You didn't see Eggs Arnold, brother of Benedict arising in the US military after that treason. That just does not happen, and yet the Pentagon puts Chuck Flynn in charge of American defenses against the Chinese invasion of America.

One would have thought that FBI Director Chris Wray or whoever is at Homeland or even Obama would have been calling up the Black guy at the Pentagon who is in charge, and who has sworn to purge from their ranks all White Subversives, and saying, "Hey do you know Chuck Flynn is Mike Flynn's bro and he got pardoned by Trump and was calling for all kinds of overthrow stuff so maybe it is not a good idea to give this guy .......like command of nuclear weapons or trust him to save America from China".

Not one Obama word said.

Now we all know that Mike Flynn is a devout man, we know this as he releases stuff saying Christian things, like he says lots of things which got people into trouble and he has never ratted out who at NSA was lying to him which got Ashli Babbitt murdered. Mike Flynn now wants Americans to join his Qanon thing which is mostly FBI so the FBI will have all the names of these people who have slipped through the cracks, but no one bothers the Flynn brothers.

That all looks to me now like Mike Flynn was a deep plant setting this all up and is still working for the DIA, as his brother sure got a cherry job, when he should have been passed over by what Mike Flynn has been in trouble with for five years.

That promotion of Chuck Flynn looks like Mike Flynn was on the dark side all along and still is, along with DIA operative Steve Bannon pushing this Trump back in the White House in August.

You come up with your own answers and start thinking, because the military does not promote people associated with people who are problems. They promote those Jew Ukrainians who got Trump impeached, but not regular people........those Whites get their asses booted out of the military or serve time like Terry Lakin, who got the grey bars.

The court-martial of Terry Lakin was a United States Army criminal trial that found Terrence Lakin guilty on four counts of disobeying orders and one count of missing movement. The trial took place over December 14–16, 2010. Doctor Terry Lakin, a lieutenant colonel in the United States Army, ... It was Lakin's hope that he could request a copy of Obama's birth certificate ...

Not Chuck Flynn, he gets nuclear weapons.